Well 2017 happened, and I read some books. In accordance with tradition, I shall take look back at my year in reading (and watching and drinking, but those will come later). I keep track of my reading at Goodreads (we should be friends there), and they have a bunch of fancy statistical visualization tools (but definitely not enough for a dork like me), so let’s dig into it:

First up is the total number of books read: 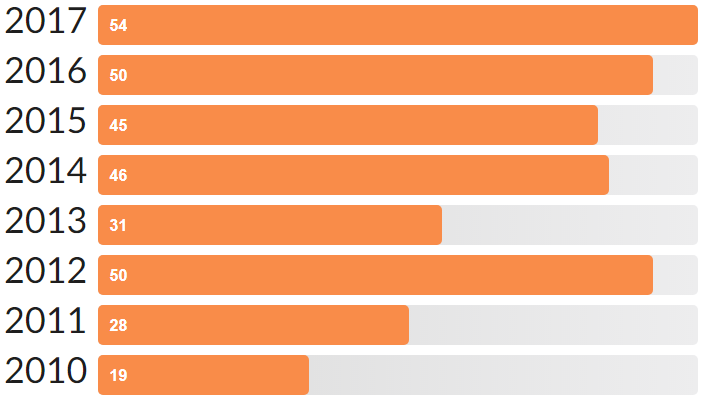 I read 54 books in 2017, which is a record in the current era (i.e. since I started tracking my reading in 2010), though a fair amount of these titles are actually short fiction, but we’ll get more into that later. Full list of titles here. Also of note, a fair amount of these were audiobooks, which sometimes feels like cheating. Still, even taking into account these disclaimers, looking at another angle is also a record breaker: 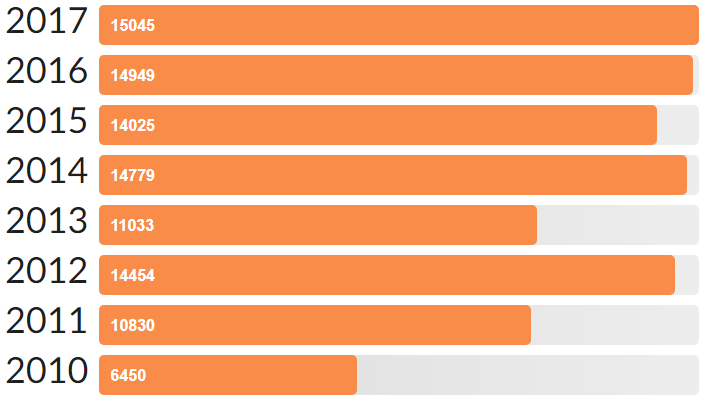 With a nod to the inherent variability of page numbers, I just barely slipped past last year’s count by almost 100 pages. Not half bad. More info: 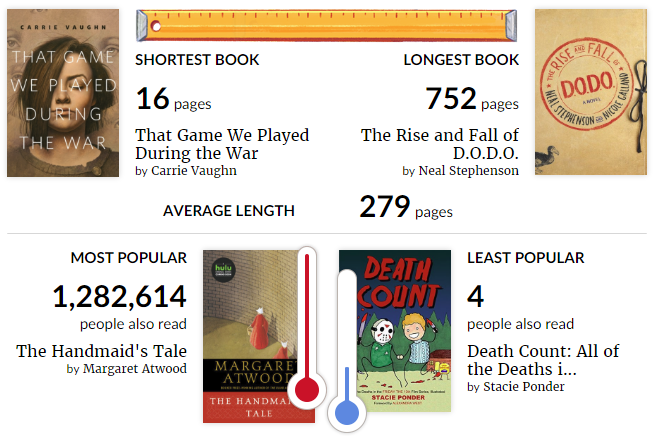 As befits the expansion of short fiction this year, the average page length is down significantly to 279 pages (from 296 last year, 306 the previous year, and the record of 356, set in 2013, when the quantity of books was quite small). The longest book of the year was The Rise and Fall of D.O.D.O. at 752 pages, which is nothing to sneeze at (so NO SNEEZING), but notably lower than last year, when I read two 900+ page books.

Another breakdown of the books, with an expansion of short fiction, but I will say that was mostly absorbed by not reading any comic books this year. 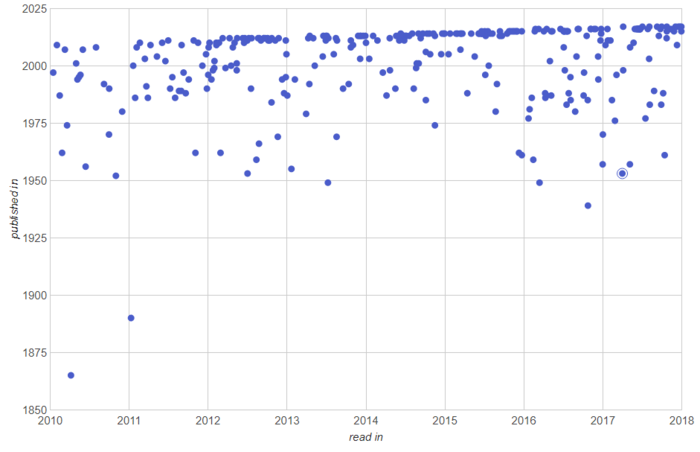 In terms of publication dates, I did ok at spreading things out, but perhaps not as good as last year. The whole Hugo Awards participation thing makes it a bit challenging, but even beyond that, I read plenty of recent stuff. I am looking forward to digging into some more vintage fiction in 2018.

And that about covers it. Stay tuned for a overall movie recap, followed by the traditional onslaught of the Kaedrin Movie Awards. Sprinkled in there will be some reviews for Vintage SF Month, because I’m looking forward to that…