Most critics and publications have already published their “Best of 2017” lists and other such reminiscences for the past orbital cycle. Here at Kaedrin, we love movies but we don’t play by anyone’s rules but our own, and sometimes not even those. As such, we’re going to spend the next month or so looking back on the year in movies. This is traditionally focused on movies released in 2017 (Kaedrin Movie Awards are coming next, with the Top 10, and Oscars coming after that…), but I’m going to drill down a bit into my overall movie-watching for the year too. I keep track of all my movie watching on Letterboxd (we should be friends there) and while I used to only log the current year’s releases, I started logging all movies for the last couple of years, and now I’ve got some stats I can share (similar to my year in books). Kicking things off are some overall stats:

Looking at the breakdown by week, you can see a lot of variability, with the biggest week including 12 films (this was during my Martial Arts phase), followed by two weeks with 11 films (one during the Six Weeks of Halloween, and the other being part of the year-end rush during a vacation). In terms of the day of the week, watching tends to center on the weekend.

Next we look at genres, countries, and languages. No huge surprise here, Action movies leading the pack (again at least partially driven by that Martial Arts jag), and USA and English comprising the bulk of my watching. There are some caveats here, as lots of movies might have a weird country of origin (but then, much of that is movies you’d think are USA being somewhere else, so it doesn’t exactly improve the ratio). This might be something to work on in the coming year… 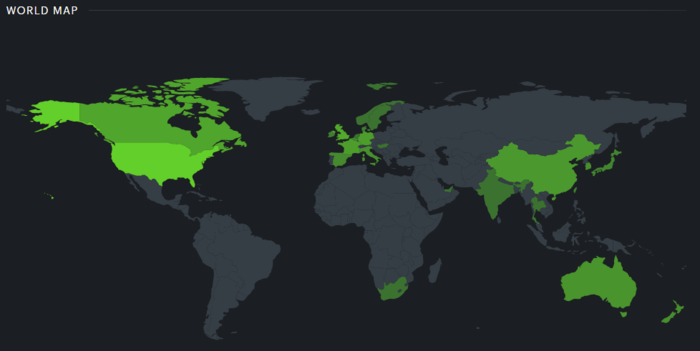 Not sure how many different countries I saw movies from, but this visualization looks nice, right?

23.5% of the movies I watched are listed as 2017 movies (this is a bit tricky though, as some movies are listed as 2016 weren’t really released until 2017) and 29.5% of movies were rewatches… In terms of ratings spread, I’m probably a bit on the generous side, with 3.5 (out of 5) stars being my most common rating (with 3 stars being second most common), but it still represents a sorta bell curve, so I guess that’s good. 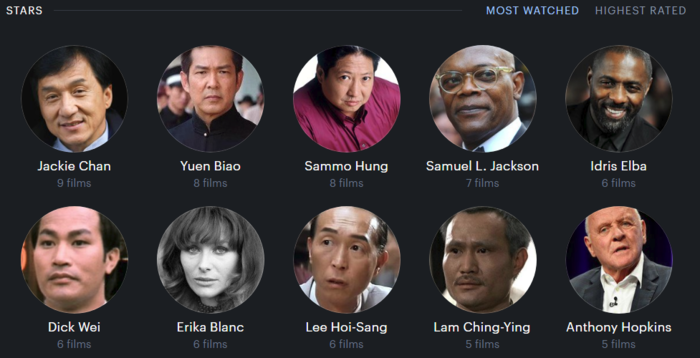 Most watched stars are lead by, yep, a bunch of martial arts guys (with Jackie Chan taking the top spot). Also of note here, only one white dude (Anthony Hopkins) and only one actress (Erika Blanc). 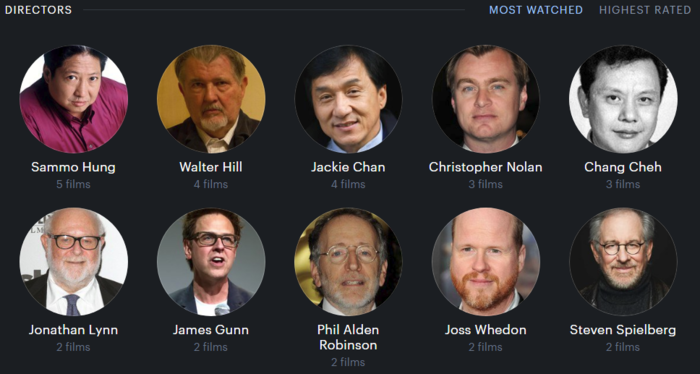 Most watched directors are notably more white and male, though we again see a lot of martial arts directors too.

An unsurprising highest rated film, with some more unexpected or underseen movies in terms of ratings, popularity, and obscurity.

And finally, here are some movies I’m hoping to catch up with in the next month or so before I post my traditional top 10.

Well, that should keep me busy. There are a few others that I’m not sure I’ll be able to get to due to availability as well, but I’ll probably hit 90 or so 2017 movies before I finish my top 10, which is a banner year… Stay tuned, Kaedrin Movie Awards are incoming….