I had a surprisingly hard time finding someone who didn’t have a film credit (as an actor, not as themselves), so I’ll just give the first one I could find, which is Jimi Hendrix. He obviously appears in Woodstock, but as himself (it’s a documentary). He seems like a guy that could have shown up in some of those vaunted 70s films…

I definitely prefer Ghost in the Shell due to its characters and ideas, but I will give credit to Akira for its visual style and animation, which is superior (not that Ghost is entirely a slouch in that department, to be sure, but still).

Freddy Krueger, without question. I like Child’s Play (and even some of the sequels) just fine, but they always seemed a bit silly to me, whereas A Nightmare on Elm Street has a premise that is one of the purest distillations of horror ever put on screen, and Freddy is the instrument of all that. 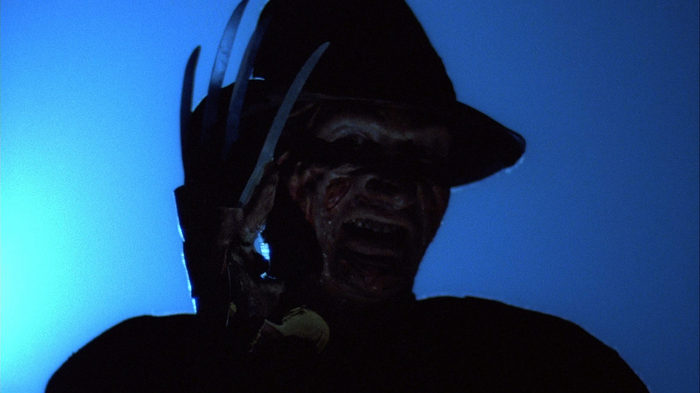 Of course, he later veered into schlocky self-parody, but Charles Lee Ray kinda, sorta started as a caricature in the first place. I should probably revisit the Child’s Play movies someday, but Freddy just always scared me as a kid, and that sorta thing isn’t easily overcome…

Since it would be doubly excruciating to catalog and sift through such moments, I’ll just go with the first to come to mind, which is most of the film Martyrs. I have an odd sort of respect for it, considering I never want to see it again and will probably never recommend it to anyone (other than someone asking for that sort of thing, I guess).

This is a tough one, as both are actors that I really want to succeed, but who seem to have continually been frustrated by being forced into lackluster movies. They’re both great in the severely underrated The Man from U.N.C.L.E. (presumably the basis for this question), but their other films are severely mixed. I’ll give it to Cavill at the moment (based in an alarming amount on the way that he, like, reloads his fists in Mission: Impossible – Fallout and also, he’s a great Superman who does his best given dreadful material to work with), but Hammer could easily overtake given a couple more good performances (he seems to have more range, I think, but I just haven’t seen enough of it).

6) Name a movie you introduced to a young person, one which was out of their expressed line of interest or experience, which they came to either appreciate or flat-out love

I’m having trouble thinking of specifics here, but I do consider it a victory that my nieces now prefer the original Star Wars trilogy (and in particular, Empire) over the Prequels and more recent Disney entries.

8) What movie shaped your perceptions of New York City, Los Angeles and/or Chicago before you ever went there and experienced the cities for yourself.

For New York, Ghostbusters, though I probably got to New York early enough to not have perceptions shaped by something more meaningful. I’ve only been to Chicago once, but I guess The Fugitive and The Blues Brothers work. And I have yet to visit L.A. and there are more options here than anywhere else, so I’ll just go with Heat and leave it at that.

9) Name another movie that shaped, for better or worse, another city or location that you eventually visited or came to know well.

I’ve lived near Philadelphia my whole life, but I’ll always associate it with Rocky and Trading Places, though the latter probably doesn’t have anywhere near the mindshare of the former. Despite living near the city, I rarely go into it, which is kinda sad.

As Dracula? Bela Lugosi. As an overall filmography? Christopher Lee.

This is a little like the Cavill/Hammer question earlier in that these actresses both show great promise, but are still early on in their careers and thus one could really pull ahead of the other. I’ll give it to Vikander for her performance in Ex Machina, but obviously Debicki could easily overtake with, like, one star-making role.

12) The last movie you saw theatrically? The last on physical media? Via streaming?

Theatrically, it would have been Midsommar, but the power was out at the theater when I arrived, so it was God’s way of saying I should come home and answer this question with The Dead Don’t Die. Great deadpan humor, some nifty meta stuff, a little messy and I’m not sure it entirely works, but I enjoyed it. On physical media, Lone Wolf and Cub: Baby Cart at the River Styx, great presentation from the Criteron Collection. 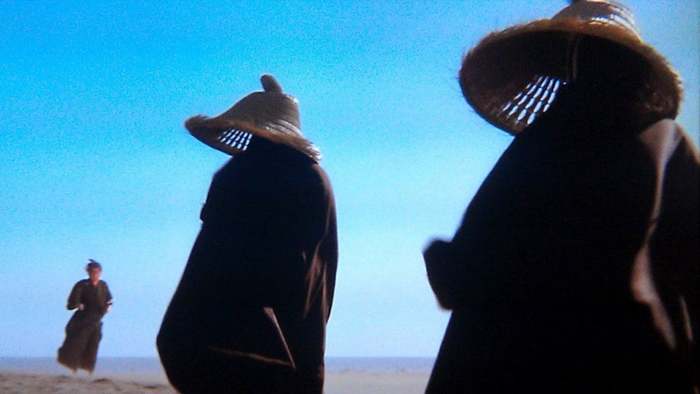 And via streaming, The Man Who Killed Hitler and Then The Bigfoot, not quite the fun romp implied by the title and a little jumbled in its narrative (the frequent flashbacks don’t quite work), but once I got past the preconceptions (which, to be sure, are the title’s fault – this could have been a good answer for one of the questions below about favorite titles, but the title doesn’t represent the film well enough to take it), I rather liked it.

13) Who are the actors, classic and contemporary you are always glad to see?

I tend to take Hitchcock’s infamous view that “All actors are cattle.” but obviously it’s always fun to see certain people show up. Depending on how you define this, the list would probably be entirely too long, so I’ll just look at some of the most frequent folks I’ve been glad to see show up over the last couple of years: Boris Karloff, Veronica Lake (both staples of my 50 Under 50 project last year), Linnea Quigley (a Six Weeks of Halloween fixture…. which, come to think of it, is also true of Karloff and even partially Lake), Philip Seymour Hoffman, Samuel L. Jackson, and you know what? It would probably be a lot easier to list the actors that I’m rarely glad to see. In the interest of time, we’ll just leave it here for now.

Tessa Thompson, though I see that Gurira showed up in the bonkers My Soul to Take, a movie that only a few of us like, so I feel like I need to grant extra points here. Neither is particularly well served by their MCU roles at this point, but Thompson seems to be setup for a solo adventure maybe?

I have not seen either of these, but given my general feeling on sequels and reboots these days (particularly long-gap sequels as both of these are), I’m pretty confident that my answer would be “neither”. But if you asked me which I was most curious to actually watch, it would probably be The Black Bird.

Wow, that’s not a broad question at all, is it? It’s tempting to just list favorite movies with reasonable titles like The Godfather or Halloween, but maybe it would be one of the more goofy or weird titles like Santa Claus Conquers the Martians, Death Bed: The Bed That Eats, Don’t Be a Menace to South Central While Drinking Your Juice in the Hood, and of course: Night of the Day of the Dawn of the Son of the Bride of the Return of the Revenge of the Terror of the Attack of the Evil, Mutant, Hellbound, Flesh-Eating Subhumanoid Zombified Living Dead, Part 3, which is nice and all, but the real champions of this answer should be one of the baroque titles from Giallo movies. In particular, Your Vice Is a Locked Room and Only I Have the Key, which is clearly the best title in the history of cinema.

Yet another embarrassing mulligan.

19) Given the recent trend, what’s the movie that seems like an all-too-obvious candidate for a splashy adaptation to Broadway?

I don’t really know squat about Broadway aside from the highest of high profile stuff, so I don’t know, Star Wars? On the other hand, I mean, it’s not like Planet of the Apes couldn’t rake in the dough considering there’s already a template that people absolutely love. Back on that first hand, there’s no need to ruin an absolutely perfect bit like that, so let’s keep it with Star Wars.

20) Name a director you feel is consistently misunderstood

I struggled with this one, so I’ll just go with David Lynch. His films tend to be pretty surreal to start with, people have wildly varying theories, and of course, he steadfastly refuses to answer any questions about the meaning of his work. Misunderstood… by design?

22) What’s the film that most unexpectedly grew in your estimation from trivial, or unworthy, or simply enjoyable, to a true favorite with some actual meat on its bones?

The Silence of the Lambs is a movie that I initially just saw as a sorta schlocky serial killer tale (definitely entertaining, but my teen brain wasn’t picking up on much else), but it has slowly but surely wormed its way into my head, prompting rewatch after rewatch until it grew into one of my absolute favorites. Early on it was one of those confusing Best Picture winners. Now it’s still confusing, but more along the lines of “How did the Academy actually manage to get it right?”

I don’t know anything about this (I assume we’re talking about a film), but given my usual answer to this sort of question: yes. I’m just not the censorious type, though I guess one need not interpret “no” as being censorship or whatever. But I guess I do, so there.

Ah, finally an Italian director I don’t need to take a mulligan on! I’ll go with The Beyond. Creepy atmosphere and an A+ eye-gouging gag (though to be fair, most Fulci movies have that).

25) Are the movies as we now know them coming to an end? (http://collider.com/will-streaming-kill-movies/)

Movies are always evolving and they don’t exist in a vacuum. There’s certainly much more competition for mindshare these days, so movies are adjusting. This isn’t a new thing. The theatrical experience is much more in danger, but even that will probably continue to soldier on in some form. In Neal Stephenson’s novel The System of the World, the character Daniel Waterhouse ponders how new systems supplant older systems:

“It has been my view for some years that a new System of the World is being created around us. I used to suppose that it would drive out and annihilate any older Systems. But things I have seen recently … have convinced me that new Systems never replace old ones, but only surround and encapsulate them, even as, under a microscope, we may see that living within our bodies are animalcules, smaller and simpler than us, and yet thriving even as we thrive. … And so I say that Alchemy shall not vanish, as I always hoped. Rather, it shall be encapsulated within the new System of the World, and become a familiar and even comforting presence there, though its name may change and its practitioners speak no more about the Philosopher’s Stone.” (page 639)

So the movies will not vanish, but rather it shall be surrounded and encapsulated by whatever the future holds for streaming or VR or AR or, you know, the future.