The Silence of the Lambs has slowly but surely established itself as one of my favorite movies and it’s something I’ve rewatched far more than I would have expected when I first saw it (around 25 years ago, sheesh). Despite loving the movie, I had never read Thomas Harris’ novel until recently. Last week, I looked at John Carpenter’s adaptation of Stephen King’s novel Christine, a typical instance of the book is better than the movie even if the movie is worthwhile on its own. This time around, Jonathan Demme’s filmic adaptation of Thomas Harris’ book is one of those rare the movie is just as good as the book, if not better type situations. 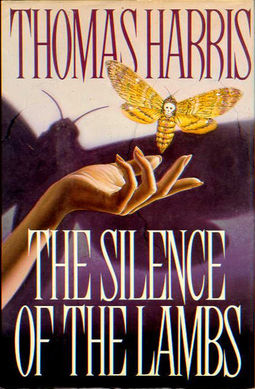 The film follows the novel very closely, so much so that a detailed comparison isn’t particularly useful. True, the novel does go into more detail, but while the film streamlines some components, it doesn’t feel like anything is lost. There’s a subplot involving Jack Crawford’s sick wife (not in the movie at all), more detail on the transexual elements (or rather, the lack thereof, which is the point), some additional tension around the possibility of Starling missing too much class time and being “recycled”, more sequences with Senator Ruth Martin and a bunch of other side characters like Barnie, Starling’s roommate Ardelia Mapp, or their firearms instructor, and, um, in the book Lecter paired an Amarone, not a Chianti, with his census taker’s liver. If that last one didn’t tip you off, all of these are minor changes and snips, and in fact their removal might actually have improved the movie.

The story is centered on Clarice Starling, an FBI trainee played by Jodie Foster in the movie, and her enlistment of the menacing but imprisoned Dr. Hannibal Lecter (Anthony Hopkins) in trying to hunt down another serial killer. Again, the movie follows the book closely, hitting every major beat, and mostly leaving the story alone. 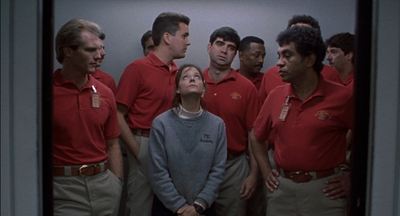 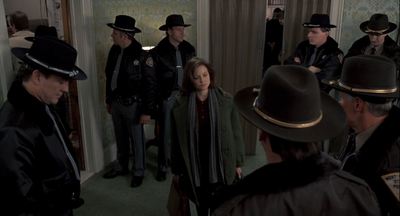 It does, however, make ample usage of the visual medium. Starling enters an elevator at the FBI academy and is immediately dwarved by taller, broader men. Starling, alone, surrounded by gawking local police officers at a funeral home. I’m not usually one to comment on the concept of “male gaze” but it’s apt here, both almost innocently, as when some classmates turn their head during a jog, and much more menacingly, as Buffalo Bill stalks his prey with night vision goggles. The role of gender in the film could easily have been overplayed, but maintains a good balance. Hannibal Lecter’s reveal, seen from Starling’s POV is perfectly executed. The production design of Lecter’s cell and they way he is later transported on a handtruck with custom restraints, all unforgettable details that you don’t really get on the page. Lecter’s garish staging of his victim. And one key addition to the movie (that would probably not work in a written medium) is the way Demme cross cuts from an FBI raid to Buffalo Bill hearing the doorbell. It’s a cheat, maybe, but the best kind of cheat. 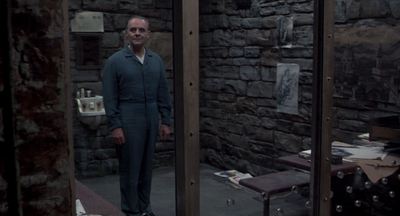 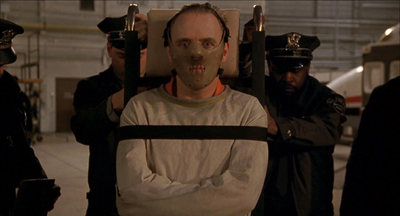 For her part, Jodie Foster does an exceptional job portraying a woman making her way through a man’s world who nonetheless manages to project more confidence than she probably feels. She’s clearly intelligent and knows exactly what she’s getting herself into, but sometimes self-conscious of her background, a point immediately seized on by Lecter. Speaking of whom, Anthony Hopkins’ Hannibal Lecter is an enduring creation, despite not having nearly as much screen time as Starling. Cold and calculating, you never really know how much you trust him, but because of Starling and Lecter’s relationship, you find him almost likable (he’s helping her, after all, and seemingly understands her plight better than anyone else), despite the fact that he’s quite literally a monster. Comparatively, Ted Levine’s Buffalo Bill is perhaps not as chilling, but still represents a more deviant threat. There are some who laugh off his performance with a sort of ironic hipster detachment, but he does a good job. Most of the other supporting performances, even itty bitty ones like Frankie Faison as the competent orderly Barnie or Anthony Heald’s slimy turn as Dr. Chilton (his bumbling, inappropriate attempts to proposition Starling are particularly relevant at the moment, I think, as is his generally self-serving demeanor, actually), turn out to be surprisingly memorable. This is no accident. 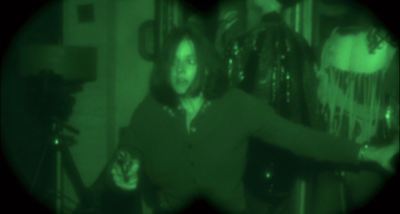 Despite being so similar, I also enjoyed the book quite a bit. Perhaps it’s just my fondness for rewatching the movie that made reading the book (well, listening to the audiobook, actually, which did have a great narrator in Frank Muller) so enjoyable. Ok, maybe some of the expanded bits were interesting too, but I honestly don’t see them as necessary. Harris’ prose is straightforward but well suited towards the story. As Ted Demme’s visual style is not showy or grandstanding, yet still extremely effective, so too does Harris’ prose work to keep the story moving without calling too much attention to itself. 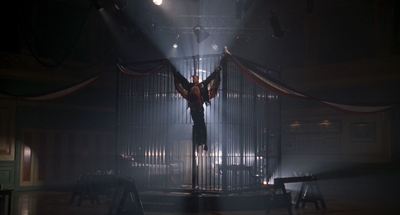 Plus, it’s not like the movie didn’t inherit Harris’ well constructed plotting, which is what gives it such a propulsive pace. Clocking in at nearly two hours, it never feels like it’s too long, and yet Demme finds time to linger on the certain elements of the story in a way that helps generate a generally unsettling tone. This isn’t a traditionally action-packed story (though there are a couple of solid set pieces), so these more restrained approaches fit, while still keeping the viewers and readers engaged. This movie hits that goldilocks zone. Red Dragon was a little too lurid and sloppy, Hannibal way too ugly and disturbing (though, I will note, I’m only going by the Ridley Scott adaptation on that one), Silence of the Lambs is just right. A combination of high and low in perfect proportions. Lurid and disturbing, but leavened by insight and depth. Involving and frightening, Silence of the Lambs will probably outlive its siblings, and will almost certainly join the ranks of the horror classics (if it already isn’t there, which it should be and certainly is in my book).