The two-headed Roman god Janus could see into the past with one face and into the future with the other, and as such is generally regarded as the god of things like beginnings, transitions, and time (amongst other such concepts). So too is the month January named after Janus, as it’s a transition to a new year. An almost completely arbitrary one, to be sure, but it’s good to take some time out to strap on our Janus mask, take a step back and reflect on where we are and where we’re going. When it comes to movies, most critics and publications have long since published their “Best of 2018” lists and other such reminiscences. Indeed, these recaps have been trending earlier and earlier, to the point where most come out around the end of November/beginning of December, which is absurd. Me, I wait until the year actually ends, then spend about a month or so looking back on the year in movies. Traditionally, this is focused on movies released in 2018 (next week kicks off the Kaedrin Movie Awards, eventually followed by a top 10 and the Oscars), but since I keep track of all my movie watching on Letterboxd (we should be friends there!), I figure we can spend some time discussing what I watched overall. I had a sorta banner year in movie watching, so let’s dig into some stats:

This represents a significant increase over last year, when I “only” watched 264 movies. This trend is driven by a few things. One is the 50 Under 50 project, where I watched 50 movies made before 1950 (I actually wound up watching 53). Another is that I watched significantly less television (sorry Golden Age of Television!) and played less video games (almost none, really). Still a little bummed that I came so close to 365, but it was a possibility I only noticed very late in the year.

As you might expect, plenty of variability week to week, but starting around the end of March, things picked up considerably. My record week remains 12 films (right at the end of the year, as I had the flu and was thus home-ridden and watching tons of stuff), which ties last year, but the amount of weeks in which I saw 10 or 11 films was significantly higher, and I settled into a pretty consistent groove around the Six Weeks of Halloween in particular. As for days of the week, the weekend bias is even more pronounced now than last year, which is to be expected.

As for genres, countries, and languages, it’s not exactly surprising to see US and English leading the pack (it’s probably worth trying to get some other countries and languages further in the mix, though I will say that my foreign film viewing was significantly broader this year than last year, but when you spread them out, no one country stands out. More on this below. In terms of genre, Thrillers, Comedies, and Horror films lead the year, edging out last year’s champion, Action films (a consequence of a martial arts binge I went on last year). Of course, genres are fuzzy, but I do tend to gravitate away from the sorts of films that critics tend to go for, so there is that. 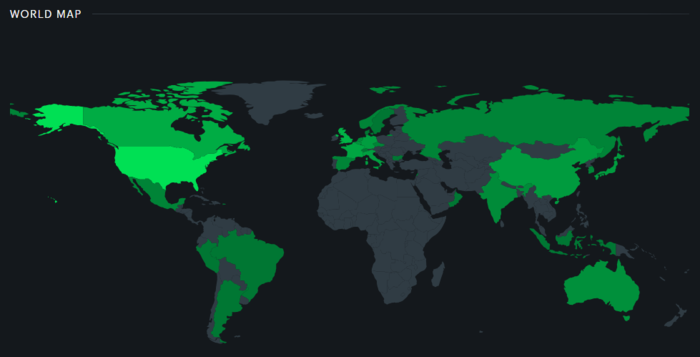 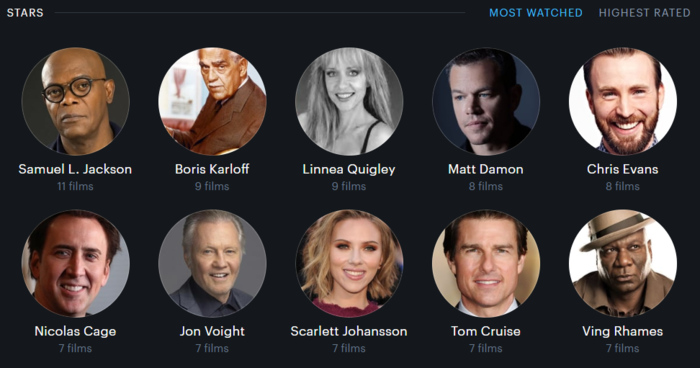 Most watched stars are mostly men and more white than last year, though two women snuck on the list this year, lead by Linnea Quigley with 9. Naturally, Sam Jackson keeps his top slot. One funny thing about this, though, and it includes the extended list, is how much of the list is driven by participation in the MCU or Mission Impossible franchises. Another reason it’s nice to see Boris Karloff and Linnea Quigley so high on the list… 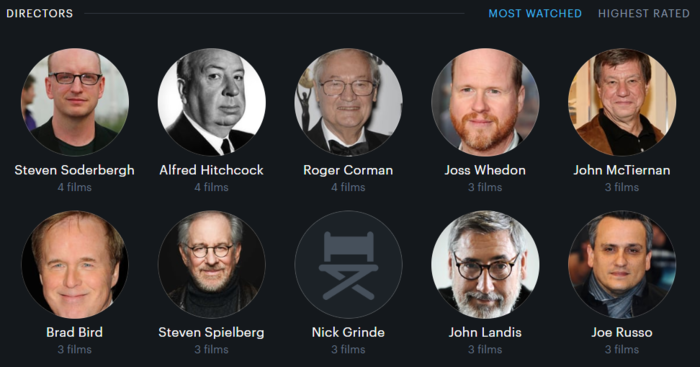 And the most watched directors are exclusively white and male, something that should probably be a little more diverse.

This is probably more interesting because of the Lowest Average and Most Obscure categories, both of which I’m glad I watched (even though one was really, really bad). Not surprising that a new movie takes the highest rated, nor that a classic comic book movie is the most popular (not sure what the actual measurement is for popular, but it’s still not exactly surprising).

So it’s been a banner year of movie watching for me. Stay tuned, as the Kaedrin Movie Award nominations come out next week!