Last time on Weird Movie of the Week, we hunted the elusive albino clown. This time, we tangle with Robots and Vampires. There is indeed a description of this movie, but after watching it, using words to describe it seems dumb. I think all we really need to explain this movie is the poster. 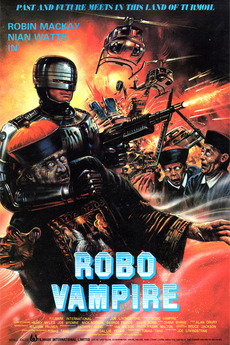 Look, it’s not in any way a good movie, but it is deeply weird, and thus worth being commemorated in a post like this. For the bold, it’s currently available on Amazon Prime streaming, though I should warn you again: it’s a bad movie. Don’t blame me if you watch it. Unless you love it.