Not to take the wind out of my forthcoming top 10 list’s sails, but my favorite movie of the year (that I’ve managed to see, at least) is Arrival. It has many qualities to like and perhaps a few flaws, but more than anything else, I adore this movie because it brings a certain sense of wonder and conceptual breakthrough that is common in SF literature to the screen (where it is nearly absent).

A tough choice. I watch a lot of movies, so there are several contenders here, but I’m not a critic who is forced to watch some truly interminable movies on a semi-regular basis, so my available choices are probably not authoritative enough. Also, in deference to the Biggest Disappointment category in this year’s Kaedrin Movie Awards, I will go with something I just saw called Minimalism: A Documentary About the Important Things. I was hoping this would be about visual design, but it’s really just a documentary following a bunch of ridiculously photogenic rich people who made terrible decisions about their goals in life but were nonetheless able to opt out of the traditional capitalist lifestyle. They mostly come off as bland, boring versions Tyler Durden who can’t even throw a punch. The ideas behind the movement aren’t terrible, per say, but this movie doesn’t do a good job exploring or interrogating them or those who espouse them. Minimalism is alright, but this documentary taught me that minimalists are the worst.

I haven’t seen some of the heavy-hitters in this category yet, but I was quite taken with Kate Beckinsale in Love & Friendship. As someone not predisposed to enjoying period costume dramas, I attribute a big portion of my enjoyment of this movie to Beckinsale’s sharply comic turn as a manipulative widow. 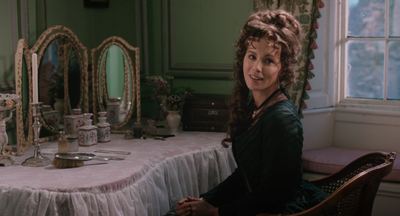 Once again, I haven’t seen some of the favored few in this category yet, but the obvious choice that I have seen is Casey Affleck in Manchester by the Sea. A boring choice, perhaps, but what are you going to do? Stop reading? NO, don’t stop. Please don’t stop. I’ll be good.

5) What movie from 2016 would you prefer not hearing another word about? Why?

I’m sick of hearing certain people say that Moonlight is the best movie of the year and then pivoting to complaining about how they’re superior to everyone else because they will go for La La Land. The one caveat I have here is that I have not seen this movie yet, and thus I could be in for a Short Term 12-style reversal of opinion. (Update! I have just seen Moonlight. It’s very good, but to my mind, not the obvious #1 critics seem to unanimously proclaim. I would say that though. I’m the worst.)

I’ve only seen the three part Carlos, so I guess I could pick one of those (it would be one of the two that didn’t cover the OPEC raid). Cheating? I’m good with that for now.

I’ve seen more Miriam Hopkins, but I don’t really know either of these actresses so… mulligan!

8) What’s the story of your first R-rated movie?

Nothing particularly exciting about the story except that the movie was The Terminator, which remains one of my all-time favorite movies. I’d like to think this is based on more than just nostalgia and I do believe the movie holds up well, but I can’t quite rule out my history with the film either. That being said, who cares, the movie is awesome. 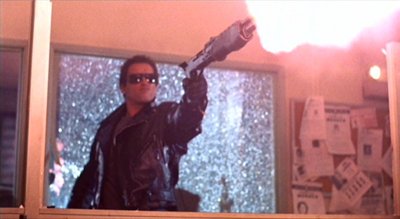 9) What movie from any era that you haven’t yet seen would you be willing to resolve to see before this day next year?

I am woefully inexperienced with French New Wave films. I’ve seen several, for sure, but some of the most influential examples elude me. I know, I’m the worst. I will resolve to watch Breathless this year. I’d still have a lot of movies to watch, but it’s a start, right?

On second thought, perhaps I should resolve to watch more Almodovar. The answer here is Volver by default (i.e. I’ve only seen two Almodovar movies).

11) What movie do you think comes closest to summing up or otherwise addressing the qualities of 2016?

It’s tempting to resort to something snarky, like Titanic, but there’s got to be something more insightful, right? Nah, let’s go with The Final Conflict instead.

An interesting pairing that is roughly equivalent. Pratt has more innate charisma and comic timing, but Pine seems to have more range. Based on their current filmographies, I’d go Pratt, but Pine has the potential to overtake.

13) Your favorite movie theater, presently or from the past

I couldn’t think of a theater that wasn’t interchangeable with dozens of others until I remembered that I spent a week in Austin at the Alamo Draft House, at which point the answer became crystal clear. The South Lamar location that I remember fondly has apparently even been refurbished, so I’m sure it’s even better now. Regardless, the thing that made it great was the intangibles like the attitude and philosophy of the company and even the customers.

Was having trouble with this one and started looking around. Found Dogtooth which fits, in an odd sort of way. I guess. I mean, oof.

I usually read these questions to refer to the person in question’s directorial efforts, but in this case, I’m going with Schrader’s screenwriting, which leads me to Raging Bull.

Hayley Atwell is clearly the winner in terms of Marvel properties here, though Ruth Negga seems to have the buzz for her work in film this year. Alas, I have not seen Loving yet, so Atwell carries the day.

17) Last three movies you saw, in any format

Beware the Slenderman, an HBO true crime documentary about the infamous 2014 stabbing inspired by an internet boogeyman. Well done, affecting, and thought provoking.

Minimalism: A Documentary About the Important Things, of which I’ve already said too much.

The Handmaiden, Chan-wook Park’s latest, which immediately rocketed into my top 10 list for 2016. Twisty, turny, and beautiful.

Apparently A Clockwork Orange was rated X, so there you have it.

Charles McGraw, for I have seen more of his movies. I know this sort of criteria is probably not the point of these types of questions, but it does make them easy to answer, that’s for sure.

On the other hand, sometimes I’ve actually seen the majority of someone’s filmography and struggle mightily to find a good answer. Here it is a toss-up between Oldboy and The Handmaiden. Since I’ve only just seen The Handmaiden recently, let’s give it to Oldboy, eh? (Incidentally, Lady Vengeance is my favorite, which I gather is an unconventional choice.) 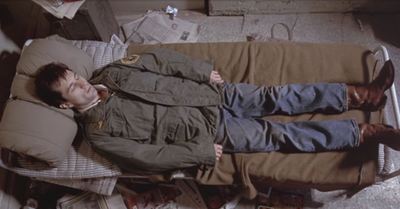 22) What’s your favorite movie to watch with your best friend?

Top movie watching buddies usually go for new movies we haven’t seen. That said, we’ve probably watched some early aughts comedy too many times, something like Old School or Anchorman.

Part of the reason my answers to questions #3 and 4 were so lackluster is that I apparently have an attitude towards actors similar to Hitchcock’s: “All actors are cattle.” Alright, so I would probably never declare such a dismissive thing myself, but I do tend to gravitate more towards directors and story than acting. Big acting showcases often leave me a bit cold, and thus I don’t really have much of an answer to this question.

24) Your New Year’s wish for the movies

I wish something other than sequels and remakes could break through and teach Hollywood to move in a more original direction, but I’m not holding my breath and past success on this front hasn’t exactly helped. I suppose I should also wish that if you’re going to make sequels and remakes, at least make them well. I thought they had a pretty good handle on this in the past few years, with truly fabulous stuff like Mad Max: Fury Road, Creed, and whatever you consider the Marvel movies (which did alright this year, to be sure). Some good potential this year, but I guess we’ll have to wait and watch and see.