I am slowly making my way through the Anime queue I posted recently. I’m currently watching Noir and am a little less than halfway through the series. In no particular order, a few thoughts on Noir:

A few more screenshots and commentary in the extended entry… 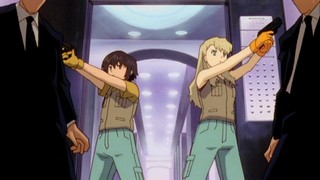 The girls take out some Mafia henchmen. Apparently the Mafia was created in part by the Soldats… 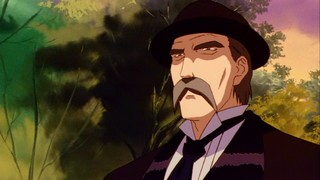 A real live Soldat. You can tell because of the accent and the mustache. 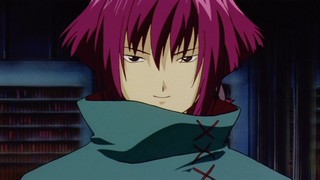 This is Chloe. She’s quite effective with knives. She’s only been in a couple of episodes, but she does get one to herself that emphasises that she has some sort of honor code. I like the character and am intrigued to see how she fits in with the rest of the series. 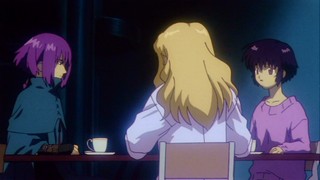 In one of my favorite scenes, Chloe stops by while the girls are having tea. Yumura invites her to join them. It’s an interesting scene. 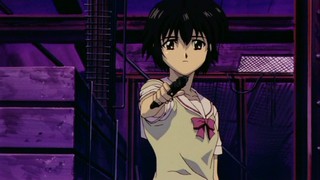 Every now and again, you see the girls use this stance. It’s not quite the ridiculous sideways gangster style, but neither is it a proper way to hold a pistol. A total nitpick and one that could have a visual language meaning (oblique angles in a frame typically emphasise instability and uneasiness), but it was something I noticed. 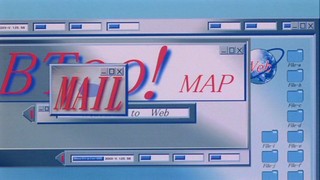 This is Mireille’s computer screen. As you can see, she is using one of the ugliest interfaces ever devised. She must be using a linux distro (*zing!*). 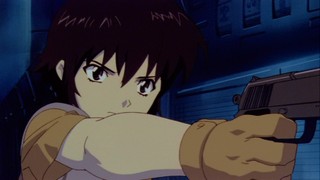 Just another shot of Yumura, because I felt like it. That’s all for now. Should be finished with the series in a week or two.