I finished watching Banner of the Stars today. Spoilers ahead…

The last several episodes depict the Abh’s defense of the Aptic system as it is set upon by a United Mankind counter-attack. The battle itself was riveting, but I actually think the ending was a bit anti-climatic. I’m assuming that the long-term plot arcs will be expanded upon and resolved in the sequels. There were a few things I was expecting that didn’t come to pass. I would have liked to have seen some of the fabled “spectacular insanity” of the Bebaus brothers and was expecting something right up until it became clear that their fleet was no longer in any condition to contribute to the battle. Still, the concept of the Bebaus clan fascinated me, and I wanted to see more of their genius/insanity (I suppose taking a bath in the middle of a battle could be considered insane, but it winds up not mattering much either way). Instead, Admiral Bebaus seemed to proceed on a decidedly conventional course of action. Not that he commanded his fleet poorly – it was obvious that he did a good job despite being overwhelemed by a numerically superior force. I was impressed with Admiral Spoor’s quick read of the situation though, and she is another character I would like to know better. None of which is to say that the series isn’t satisfying, and indeed it’s focus on Lafiel and Jinto are what’s really important here. I have to admit that I was surprised by the fate of the Basroil, though it does make perfect sense (and again, I assume the sequels contain more on the long term story). 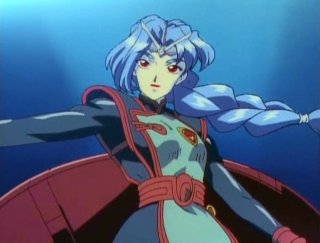 So I enjoyed the series. I have to admit that I don’t have much to add that hasn’t already been stated at great length elsewhere. Steven Den Beste’s long comments in my first post give an interesting overview of Abh culture and royalty (indeed, at this point, I think he may have written more about the series in his comments than I have in my posts!) and he’s written previously on the military aspects of the show, which are also well thought out.

As has been noted in previous posts, Banner is set in a well thought out universe. The author, Hiroyuki Morioka, has made various changes to physics, military and political systems, then systematically thought out the impact of said changes on his universe. The story of the series is interesting in itself, but the universe it’s set in is clearly much broader than what we see explicitely. In SF and Fantasy, this process is known as worldbuilding. The most obvious example of worldbuilding is J.R.R. Tolkien’s Middle-Earth, the setting for The Hobbit and The Lord of the Rings. Tolkien spent decades defining the languages, races, and mythology of Middle-Earth before he even wrote the books (and the first of those was written for his kids, not for publication). Most science fiction contains some form of world building; it’s one of the distinctive features of SF. Ultimately, though, the point of worldbuilding is to tell a human story. Sure, there are differences between our world and that of the story, but the point is to see how humans react to those changes. The balance between these two components can be tricky. A lot of SF tends to neglect worldbuilding in favor of their human story (two examples discussed on this blog recently are The Man Who Fell To Earth and Solaris). At the other extreme, there are some stories that focus almost entirely on the technology of their universe and practically ignore their characters (I get the impression that a lot of Mecha series in Anime are like this). These stories will always have their fans, but in my opinion, the best SF contains both an intriguing and internally consistent setting and interesting characters that will allow the audience to relate to the differences between reality and the constructed universe of the story.

In Banner there are several interesting extrapolations (many of which have already been covered in comments, etc…). One is the existence of the Abh themselves. They aren’t exactly aliens (they’re genetically engineered humans), but the small changes to their physiology seem to have brought about significant differences in culture. This is to be expected, since they were engineered for life in space, but the author of this series has done a good job extrapolating how these differences impact other aspects of life, while maintaining a familiarity with humanity (this is important because the story is told entirely from the Abh’s perspective, so the audience still needs to be able to relate to the Abh). For instance, there is a distinction between a member of the Abh empire and a member of the Abh race. Jinto is of the human race, but he legally became a member of the Abh empire… he doesn’t share the genetic differences of the Abh. The Abh have been engineered with an extra sensory organ which allows them to jack into their ships so that they can instinctually sense what’s happening in and around the ship without having to use their other senses. This distinction between genetic and legal Abh comes into play in many areas; for example: crew composition. On the Basroil, genetic Abh hold positions related to navigation and weaponry (their extra sensory organ gives them an advantage over human members of the crew, and presumably their human enemies as well), while the humans (Samson and Jinto) handle engineering, logistics, and some other duties. I imagine other ships in the Abh fleet have similar makeups (though I didn’t get a good feel for how many legally Abh humans are present in the empire). A lot of the Abh culture and societal structure seems to be driven by their differences with humanity. A race which is born in the stars and doesn’t spend much time on planets is bound to develop a different type of society. The Abh’s political structure is an interesting mixture of royalty and the military, and there appears to be a significant merchant fleet in addition to their navy. I was initially a little skeptical of the military component of their political system, but the more I thought about it, the more it made sense. They’re a race that primarily space vessels and so it makes a lot of sense that their ruling class would be the people in control of the ships. Again, this is a very detailed universe, and I’m really only scratching the surface here.

Another important change is the way the series depicts space travel and combat. Interstellar travel is an intractable problem in reality, so most SF universes come up with workarounds like Hyperspace or other FTL travel. In Banner, they use something called “Plane Space.” You can only enter into plane space via a gate, and unlike most other SF, plane space is actually only two-dimensional. Ships travelling through plane space must generate “space-time bubbles” which surround the ship and allow it to continue existing in its native three dimensions. There are several important implications here. Strategic battles that happen in plane space are only happening in two dimensions (tactically, battles occur within space-time bubbles, which technically contain three dimensions). This was something that initially bothered me about the series. Because I didn’t understand the concept of a 2D plane space, I was a little confused as to why all the strategic readouts in the series were strictly 2D (well, actually, a lot of SF movies/series don’t take advantage of the 3D nature of space – the only example I can think of off the top of my head is the battle with Khan in Star Trek II). 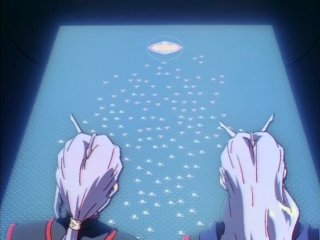 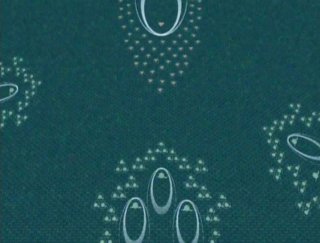 This seemed odd to me when I considered how carefully constructed the rest of the universe was, so it wasn’t surprising when I learned about the true nature of plane space. As a consequence, the space battles in the series actually end up feeling more like a traditional naval engagement than space combat (hence the use of familiar tactics like pincer movements, etc…) Again, there are lots of implications involved with plane space. The speed of space-time bubbles is directly related to the amount of mass contained within a bubble. This becomes important because when you engage an enemy in a space-time bubble, you’re effectively increasing the amount of mass in the bubble. Even if you win, the debris from the other ship is still being carried along with you and will slow you down (there doesn’t appear to be an easy way to get rid of the debris). This has other implications regarding ship design and fleet composition (smaller ships are faster and more maneuverable, but obviously not as powerful, while larger ships are much more powerful, but are sluggish and handle poorly). The notion that plane space can only be entered through gates also plays an important role – gates obviously become strategically valuable in times of war. Banner essentially follows the defense of the Aptic gate, which is strategically important in multiple ways (it’s a system with a gate, it seems to be centrally located, and it’s apparently got a lot of supplies).

The great thing about the worldbuilding here is that everything seems to happen because of the constructed reality. The author didn’t come up with a story and then build his universe around that (you could call that a form of retconning). He came up with the universe, and the story just flowed a natural result. In Banner of the Stars, the story is the direct result of the things that make its universe different than ours. And despite all the detail, there is plenty of room for the characters. I’m still trying to wrap my head around some of the nuances of this universe. For instance, I didn’t understand much of the military strategy until after the series (when I found out that plane space was two dimensional).

At this point, I’m convinced that I really do need to go back and watch Crest of the Stars and I’d like to check out Banner of the Stars II as well. I hadn’t realized how much of a serial the story really was (apparently the author has plans for more books as well). I’m not sure where this will fit in with the rest of my Anime schedule, but I might just have to make room for it now while it’s fresh in my mind.

3 thoughts on “Banner of the Stars: Worldbuilding”