Still working though the original set of Anime recommendations, next up is Banner of the Stars. Netflix didn’t have it in stock, so I had to delay a bit, but I found a cheapo thinpack and bought it. I’m about halfway through the series. Assorted thoughts, comments, questions, and screenshots below.

I should be able to finish the series this week, and I’m told that I’m going to want to watch the last 4 episodes all at once. Hopefully, I’ll have my final review done next week.

A few more screenshots and comments below the fold…

This is Admiral Abriel, apparently a relation of Lafiel. He shares the distinctive pointy ears of the Abriel family. This screenshot also shows one of the odd features of the animation… namely, that you can see through his hair. Sometimes this is more prominent than others, and it’s usually fine, but shots like this are a little odd.. 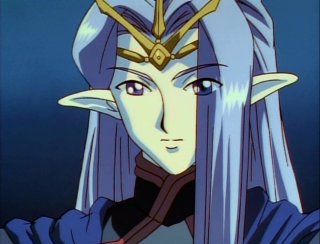 One of the interesting things about SF in general is how little things change. For instance, the Abh apparently salute using only two fingers. 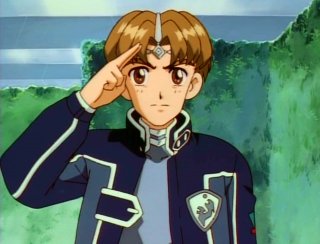 One of the things I like about the series is that strategy and tactics seem to be the focus, rather than just the combat. The series follows Operation Phantom Flame, an offensive by the Abh empire. Here’s a screenshot of the general strategy. There’s a primary thrust up the middle to attain the main objectives, followed by a pincer movement to pick up other systems along the same path. Apparently, there are allies on the other side of this screen which the main Abh force hopes to hook up with. 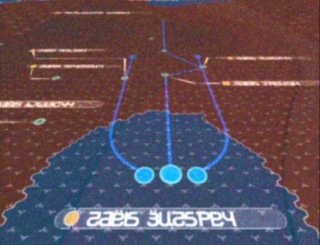 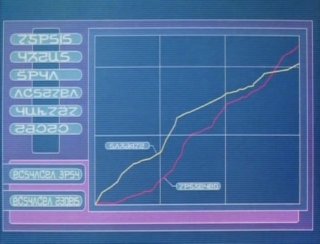 That’s all for now. Again, more later in the week…

7 thoughts on “Banner of the Stars: Initial Thoughts”