So in the movie blogging world (and probably others), there’s something called a “blog-a-thon” in which someone proposes a topic and then lots of folks write a post on that topic (this is similar to what’s called a “carnival” in other areas of the internet). I’ve never actually participated in one of these blog-a-thons, so I figured I’d give it a shot. Stacie Ponder recently threw up a challenge:

I’m not afraid to get excited about movies. When did looking forward to something or having an unabashed I cannot fucking wait to see that attitude become passe? These are movies, people…they’re entertainment. I pay money to be entertained, and I want my fucking face rocked off. I want to circle a release date on my calendar and be the first in line when the date arrives. …

You: write about something in the world of film that fills you with complete and total unbridled fucking retarded JOY.

Well then, what shall I write about? She’s not picky about it – I can choose a movie or a scene or just about anything I want. There’s actually a pretty easy answer for this, one which I’ve been looking forward to for a long, long time. I got a taste about 2 years ago and had an opportunity to revisite about a year ago, but due to circumstances beyond my control, I could not participate. So another year has passed, and this time I’m ready. I’ve circled my calendar and I’ve even taken time off work so that I can partake in the filmic goodness that is the 2008 Phildelphia Film Festival. To be more specific, I’m filled with “complete and total unbridled fucking retarded JOY” for the Danger After Dark series, which is filled with all sorts of horror and gangster films. I’ve never even heard of most of them, but I think that’s a big part of the appeal (and it’s part of what made my experience in 2006 so fun).

Yeah, sure, the PFF isn’t a world renowned festival like Sundance, Toronto, or Cannes, but it’s my damn festival, and I love that there’s a whole slew of genre films that I’ll probably never get a chance to see otherwise. Sure, there are some other festival darlings I’ll probably check out (Son of Rambow comes to mind), but what I’m really looking forward to is the unbridled joy of genre filmmaking. In 2006, I saw a bunch of Danger After Dark films, and absolutely loved every minute of it. The only thing missing from this year’s festivities is another Adult Swim For Your Lives event. 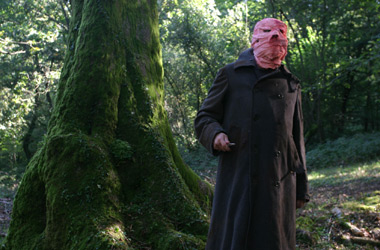 Just a few movies that are currently on my list:

And then there’s to the totally off the wall stuff, like Bad Biology (from the makers of Frankenhooker!) or Dead Fury (raunchy, gory, animated fun directed by someone who’s actually known as FSudol).

No, it’s not a prestigious festival, but I like it, and I can’t wait.

Update: The Blog-a-thon is up over at Final Girl.