This month’s selection for the Final Girl film club is Ti West’s 80s throwback horror film, The House of the Devil.

When I was growing up, there was a local legend about a building known as Satan’s House (also known as the Cult house, the Devil’s house, and probably a dozen other variants). Located in Southeastern PA, not that far from Delaware, the house sits at the top of a hill, and the road that winds around the hill is probably the creepiest part of the whole experience. The windy road is narrow and lined with trees. This alone would not be cause for alarm, but it seems that all of the trees… instead of growing up towards the sky, they grow horizontally, pointing away from the road (as if trying to escape the unspeakable horror of Satan’s house). This isn’t the best picture of the road, but it gets the point across: 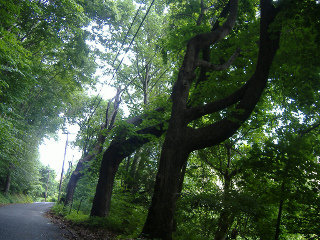 Obviously this is proof that the house is home to some sort of satanic cult. Some of the more fanciful conspiracies claim that the house is owned by the Du Pont family and that various members of the family married their cousins in the house (so as to keep their money within the family), and then used the house to hide away the inbred children (or monsters or whatever).

The funny thing about this is that it’s probably just a house, and the trees lining the road probably grow like that because of the way the sunlight hits the area, but the conspiracy theories of Satanism persist even to this day. This sort of irrational fear of Satanism was rampant during the 80s, and director Ti West has latched onto that idea and created a remarkably authentic 80s-style horror movie featuring shifty families, satanic rituals and a creepy house. The film even starts with a cheesy text opening informing the audience that in the 1980s, over 70% of Americans believed in abusive Satanic cults and that another 30% rationalized the lack of evidence due to government cover-ups… Plus, it’s based on a true story! Not sure if it actually is or if West is pulling a Fargo, but it doesn’t really matter, does it?

The basic premise of the story is that a college student in need of some quick cash agrees to take a babysitting job at said creepy house. And that’s pretty much it. However, writer/director West manages to wring a lot of tension out of this simple and seemingly overused premise.

I first saw this movie earlier this year, when I was still attempting to fill out my Top 10 of 2009. At the time, I was comparing it to another haunted house movie, Paranormal Activity. There are some superficial similarities here: both movies feature quasi-haunted houses, they both have something of a gimmick at their core (one a “found footage” film, the other imitating 80s conventions), and they’re both pretty scary. However, The House of the Devil is made with more artistry and in a more unconventional manner. It’s a masterpiece of misdirection and tension building. Unlike the repeated tense and release of Paranormal Activity, The House of the Devil opts to continually build tension while withholding release until the end. This is an interesting approach and the foreboding atmosphere of dread is hard to shake. Of course, from the title of the film alone, you know where it’s heading, and aside from one moment early on in the film, it mostly proceeds along an expected path.

The other film this reminds me of is Quentin Tarantino’s Death Proof. Both films are an ode to underappreciated grindhouse genre films, albeit films of a different era and genre. Tarantino is going for the great car films of 70s with a little horror mixed in for good measure. West is going for those 80s horror movies where irrational fear of satanism was rampant. I think both films are hugely successful at evoking the feeling of their respective genres, but I think the one major problem with this approach is that these new films suffer from the same major flaws as the films they’re imitating. In particular, the pacing is very slow and the characters tend to act pretty stupidly… For film nerds like myself, this isn’t really much of a drawback, but it does tend to limit the appeal to more mainstream audiences. It’s strange though, because these flaws are so obviously and lovingly reproduced in exquisite detail and with a lot of artistry. Indeed, getting that cheap, grainy filmstock look probably cost way more than doing it “properly” would.

That being said, once things begin to happen, the pace picks up and it’s very engrossing stuff. I’m still not sure if it would crack my top 10 of 2009, but I will say that I’ll be very interested in what Ti West decides to do next (apparently another haunted house style story). As usual, more screenshots and comments in the extended entry…

Update 7.26.10: Stacie has just posted her review and links to all the other Film Club Coolies (y’all!). I’m also informed via cryptic second-hand email that Ti West has seen my review and that he said the creepy trees in the photo above are just 10 minutes away from where he grew up, which is pretty awesome.

I suppose I should mention that the below screenshots do contain some Spoilers, so proceed at your own risk. 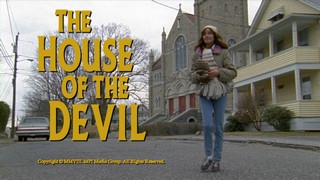 This is the title screen for the film. Unfortunately, I can’t adequately capture the awesomeness of this screen because it happens as a freeze-frame, which is just so 80s. The rest of the opening credits feature these great freeze-frames, but nothing quite so great as this first, surprising one… 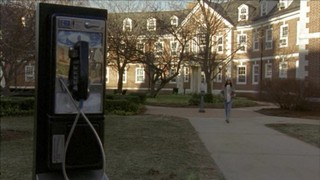 West does employ a number of long takes and even this fixed shot, which works really well. Basically, our heroine makes a call, then walks away, and then the phone rings again when she’s off in the distance. The shot remains the same the whole time, and it’s actually somewhat unnerving. 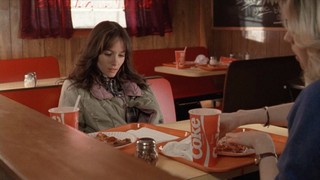 Ahhh, a circa 1983 pizza shop. I’ll bet that West didn’t even have to work that hard to find a pizza shop that looks like this, even today. Still, the look and feel of everything in this movie is authentically 1980s, from the hair to the clothing to the design of the Coke cups. 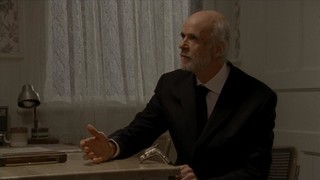 Would you take a job from Tom Noonen? He’s obviously not a Satanist, right? 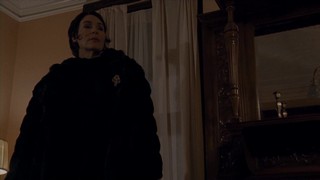 She’s not a Satanist either. Never mind that she’s wearing a fur coat made from the pelts of an undetermined species and that she’s got what looks like a decorative chicken scull pinned to it. Those are unimportant details. 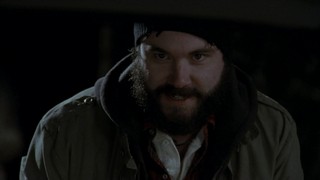 See that look on his face? It just screams “I’m not a Satanist!”, doesn’t it? That actor is AJ Bowen, and I actually think he was great in The Signal. He doesn’t have as much to do in this movie, but he’s still great here (and responsible for one of the best moments in the film). 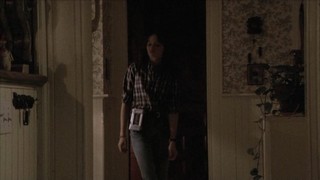 Oh wow, remember the Walkman? Ten times the size of an iPod, approximately 15,000% less storage capacity. This is one of the big set pieces of the movie, where she puts on her headphones and rocks out around the seemingly deserted house. Oh, and those jeans are also pretty awesomely 80s too. Most times, when you’re watching a modern throwback movie, they make it seem like all the clothes people wore at the time were awesome and still kinda hip today. Not here. She’s got those jeans hiked up in a pretty unflattering (but authentic) way. 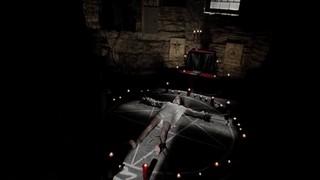 Ok, maybe at this point I’m willing to concede that Satanism is involved.

And that about wraps it up.