Coming down the homestretch, the next two Fridays feature what could charitably be described as high concept plots.

More screenshots and comments in the extended entry below… 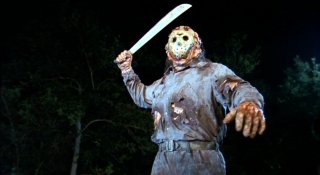 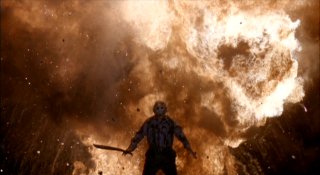 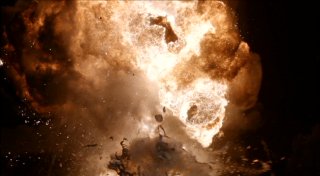 This comes from the previously mentioned opening sequence of part IX, where Jason is blown up by the FBI. It’s a great opening that film never actually recovers from… 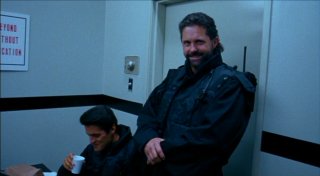 Oh irony, thy name is Kane Hodder. He’s the one on the right there, and believe it or not, he’s the actor who has portrayed Jason since part VII. The irony here is that he’s also playing one of the swat team guys who took down Jason… and his swat character ends up being killed by Jason later on. Heh. 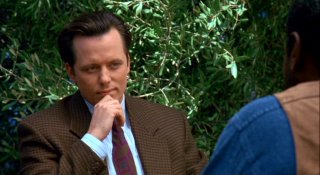 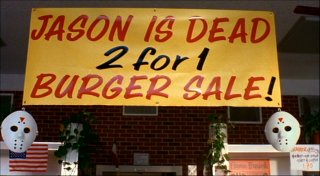 This is pretty damn funny. After Jason is blown up, a local diner has a burger sale to celebrate. The burgers look like hockey masks. 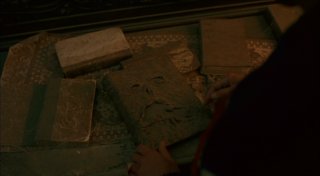 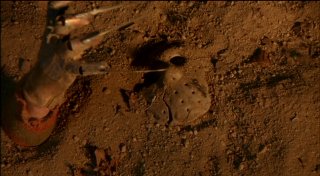 Yes, the ending of this film implies that there will be a Freddy/Jason crossover. It was apparently done as a lark, but then some people thought it would be a good idea. Ten years later, it became reality (it will be covered in my next post). 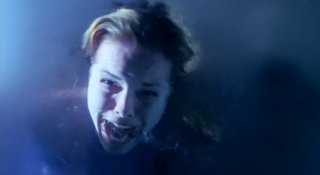 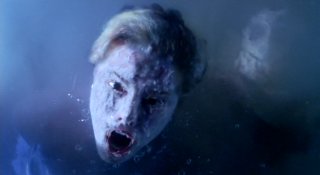 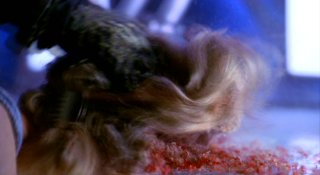 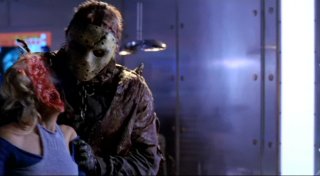 Yes, one of the all-time great kills in the series. Jason grabs the teenage scientist who is studying his “dead” body, thrusts her head into liquid nitrogen, pulls it out and slams it on the table, smashing her face into itty, bitty pieces. 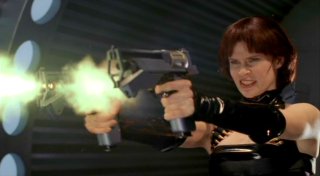 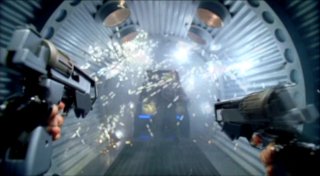 So it turns out that the spaceship Jason is on features a robot. Who dresses up in Matrix-like gear and blasts the crap out of Jason. Notice in the second screenshot that approximately half of the bullets she’s shooting are hitting the walls around Jason, and not Jason himself. Of course, all the damage she deals out means nothing since Jason is rebuilt by nanobots, after which his first order of business is to absent-mindedly knock off the robot’s head (her head survives). 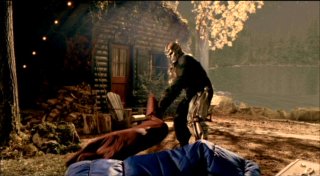 The ship Jason is on features a holodeck-like room, so our heroes program a scenario to distract Jason, with hilarious results. In the scenario, two teenage girls appear in a crystal lake setting and tell Jason that they love alcohol, marijuana, and premarital sex before both cliimbing into their sleeping bags. In a reprise of the sleeping bag kill from part VI, Jason beats them to death with each other.

So that wraps up this installment. Stay tuned for the last two films in the series and maybe some more posts, because I know you all love these movies as much as I do, right? RIGHT?