The nominations for the 2008 Kaedrin Movie Awards were announced last week. This week, I’ll be announcing two winners every day, culminating in a post with my top 10 movies of the year and possibly some other wrap-up posts.

Most Visually Stunning: The Fall 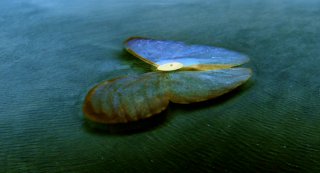 In a category dominated by horror films, the lone SF film wins! Unless you consider some of the others SF. Timecrimes is a great film though. This intricate Spanish time-travel thriller was my favorite film of the 2008 Philadelphia Film Festival and it will be in the top 5 of the year for me. All of the other nominees are great too. Cloverfield was probably my least favorite, and even that one tried to do something genuinely interesting in a tired creature feature sub-genre. Teeth is notable for the sheer audacity of its premise. The Ruins, Let the Right One In, Inside – it’s been a good year for horror. As I mentioned in the nominations, I cheated by nominating The Man from Earth, which is technically a 2007 movie. It’s a really simple premise and the movie basically consists of a bunch of college professors talking about something in a cabin for an hour and a half. Yet it had some neat ideas that were expored in an interesting way. I don’t think it would win any awards, but SF fans should definitely check it out at some point (for Netflix users, it’s on their Watch Online feature, which is where I saw it).

* The “gorgeous feast for the eyes” phrase comes from Matty Robinson in his review on Filmspotting. Brilliant.