This is a continuation of a Galactic Civilizations II game example I started a few weeks ago. In the Rise of the Kaedrinians, I recounted the birth of the Kaedrinian empire as well as its first major conflict with the adorable but deadly Snathi. With the conquest of the high quality Snathi homeworld, my empire was doing reasonably well and had secured reasonable long term prospects for success.

However, it would not be long before the Kaedrinian empire had another challenger. The Kaedrinians had neutral or close relationships with almost every other civilization. However, The Drengin Empire, perhaps jealous over our conquest of Snathi, were not too happy with the Kaedrinians. They had not declared war just yet, but I could see the writing on the wall… And to make matters worse, the Drengins discovered some precursor machines on the Drengin Homeworld that doubled their planetary quality. This would be problematic. Their military abilities were further developed and this added capacity (once fully utilized) would give them a higher industrial base (one that I probably could not match). 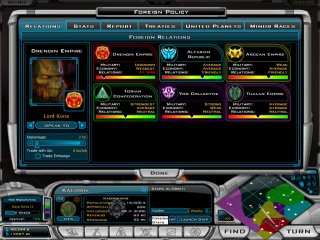 At war with the Drengin Empire

It did not take long for tensions to escalate into full-scale war. The Drengin ships seem to exclusively use missile-type weapons, which meant that my current generation battleship, the Space Lion, would be outmatched (it only featured a small shielding mechanism not meant to defend against missiles). Thus work began on a new prototype: 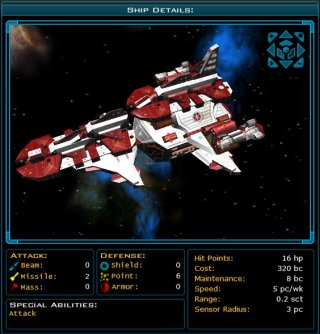 Offensively, this isn’t much different than the Space Lion, but it has a drastically improved defensive system which should be able to stop anything the Drengins throw at me. Indeed, the Hunter class ships live up to their name, annihilating the entire Drengin fleet in two weeks of battle, taking only negligible damage. A few weeks later, and the ground invasions begin, making quick work of the Drengin empire. Two new planets are mine, including the Drengin homeworld, which rates a 20 in planet quality (this is the highest in the known galaxy, significantly higher than even the Snathi homeworld). 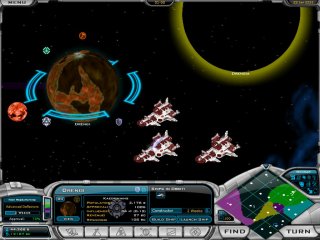 At this point, I control a significant portion of the galaxy, and my influence is on the rise. It looks like I could pull off an influence-based victory if I start building and upgrading starbases in key positions. As I make preparations, two events occur that would force another change in strategy. First, it appears that the United Planets (like the UN, but with galactic civilizations instead of countries) had built a prison facility on an Altarian planet. This gave the Altarians a boost in production capabilities, as they could use the prisoners as a cheap source of labor. However, as you might expect from a United Planets type organization, the plan has backfired and the prisoners have escaped, hijacking several ships. I’ll need to keep an eye out for these new pirates, who are sure to be intercepting trade routes and generally causing mischief. 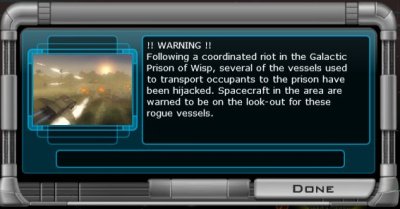 The prisoners have escaped!

On its own, this would not prompt much in the way of action from me, but a few weeks later, another unexpected event rocks the galaxy: 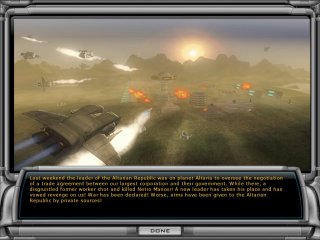 The assassination of their leader has set off another war, one which I’m not especially prepared for. Unlike the Drengin, the Altarians have spread their research into a diverse set of weaponry. They have ships utilzing beam weapons, missiles, and mass drivers. What’s more, they’ve also developed certain defenses and fortified their territory with military starbases, giving their ships a significant boost in capabilities. This war was going to get ugly. The Hunter class battle cruisers that had served me so well in the Drengin campaigns would crumble under the diverse weaponry of the Altarians. It was time to develop the next generation warship: 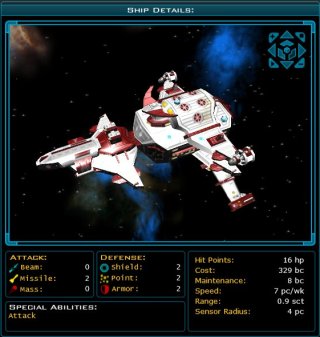 Again, this ship’s weaponry has not changed much (it’s smaller, but of the same power and type), but it will still pack a solid punch against the Altarian ships. What’s important about the Wildcat is that it can defend against any weapons thrown at it. It doesn’t handle any attacks as well as the Hunter handled missiles, but it still has quality defenses. Also, since I had spent some time early on in the game developing a large economic base, I was able to purchase several Wildcats at once and deploy them against the Altarians. However, during the design and construction of the Wildcat fleet, several hunter class ships had fallen against the Altarian onslaught. The Altarians even attempted a ground invasion of Drengi, which, thankfully, was repelled decisively. Once the Wildcat arrived on the scene, things turned around in fairly short order. The Wildcats were first used to take out the Altarians’ military starbases, thus removing their most important advantage. After that, things went much better: 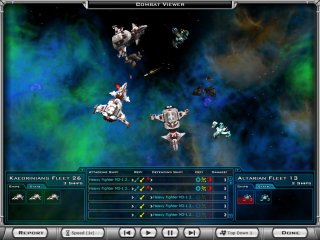 Without their starbase bonuses, the Altarian ships are no match for the Wildcat. In their first engagement with Altarian forces, the Wildcat performed superbly, destroying two Altarian capital ships while taking only minimal losses. 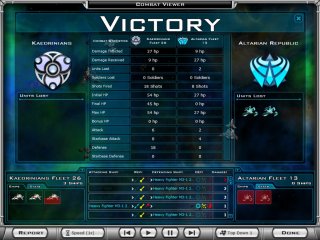 After decimating the rest of their fleet with my Wildcats, the Altarians begin to have second thoughts… 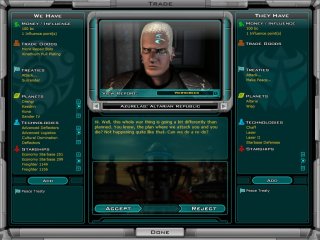 My planetary invasion fleet was already on its way, so my answer here was pretty much irrelevant. However, my fleet was intercepted by pirates (remember those escaped prisoners?) and destroyed! It turns out that the pirate ships have very heavy missile defenses, which means my missile weaponry was ineffective. Therefore, even though I had a Wildcat escort, the entire fleet was destroyed (the Wildcats have diverse defenses, but not as extensive as the pirates’ so the battle took quite a while, but eventually the Wildcat succumbed to the relentless pirates), including my invasion force of two billion troops! Ouch! And what’s this? It seems that the Yor Collective have seized on the Altarians’ temporary weakness and sent an invasion fleet of their own. Crap! The Yor have stolen two Altarian planets. The Altarians, sensing the writing on the wall, surrender their remaining planets to the Torians. Damn, all that work and I didn’t even gain a single planet!

On the other hand, my civilization was finally at peace with all of the remaining civilizations, and my influence had spread far. Checking my stats, I saw that I was quite close to an influence victory. All I needed to do was build a few new influence starbases and enhance them with some cultural improvements. In relatively short order, the soft power of Kaedrinian culture had infected the rest of the galaxy, flooding the markets with Kaedrinian products like the ikorx: 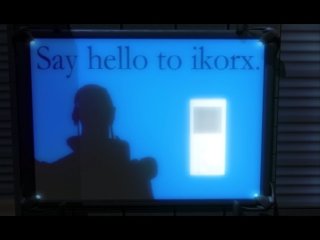 Victory! The Kaedrinians have conquered the galaxy not with weapons, but with ideas. All praise tallman! 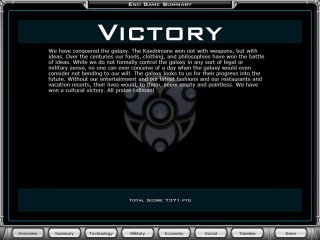 A very satisfying game! For those interested, loyal Kaedrin readers who’ve been persuaded to purchase the game (I wonder why?) have posted their experiences on the Kaedrin forum. Read all about the Samaelian empire (with their leader, Skeletor). Also, the game seems to be doing incredibly well:

The second manufacturing run of Galactic Civilizations II has sold out. We’ve now shipped more units of GalCiv II in the first 10 days than the total retail sales of the first GalCiv in its entire history.

If my experiences so far are any indication, GalCiv II deserves every last penny.