It’s been a while since I’ve covered these Ardmore dorkuses, what with their saisons and their IPAs and rows of empty chairs at can releases and yes, even a bourbon barrel aged stout. I’ve basically given up on keeping track of every Tired Hands beer I try, and indeed, my visits have decreased in recent months, but they are still, by far, the brewery I’ve had the most different beers from. I can’t see anyone overtaking them anytime soon either. So let’s get with the program and check out the last 6 months or so of bottle releases (with the occasional can and growler). 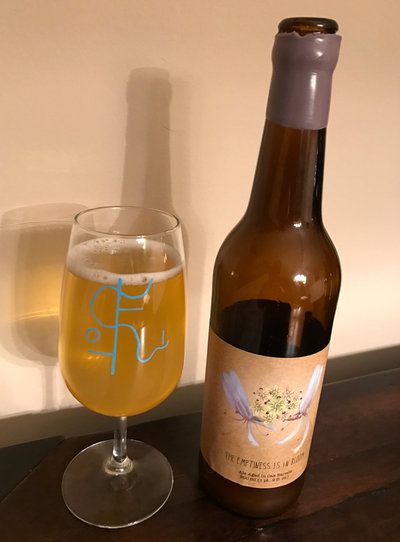 The Emptiness is in Bloom – Oak barrel fermented saison conditioned on locally harvested honeysuckle and elderflowers – Pours a very pale straw yellow color with a finger of white head. Smells, tart, floral, delightfully funky, earthy. Taste has a nice, tart sweetness to it up front, moving into an earthy funk and oaky middle, followed by a tart and funky floral finish. As it warms a nice saison spice emerges. Mouthfeel is well carbonated, light bodied, and moderately acidic. Overall, it’s great to be back in the Emptiness series. While not the best Emptiness offering, it’s still a gem. A-

Clourison – Standard Ourison saison conditioned atop clementines (juice and zest) – Pours a hazy golden color with a finger of moderately lived white head. Smells hugely of clementines, tones of citrus fruit, with that saison funk, spice, and hint of oak lingering in the background. Taste again hits huge notes of clementine, really strong, then there are hints of the saisonhands base beer to even things out a bit, a little earthy funk, oak, spice. Clementine is really the star here, really intense. Mouthfeel is moderately carbonated, light, and refreshing. Overall, this is really nice, the intensity of the fruit reminds me of Freedom from the Known, but the saisonhands base can’t stand up to it as well. Still really nice. B+

Strawrison – Standard Ourison saison conditioned atop strawberries – Pours an almost radiant golden orange color with half a finger of white head. Smells funky, tart fruit, strawberries certainly, maybe a little yeasty spice. Taste again has more funk than I’m used to from the Ourison line, earthy, not quite cheesy or smokey, but edging in that direction; tart fruit still apparent though, strawberries, saison spice, and a little oak. Mouthfeel is light bodied but not as crisp or dry as Ourison and a little less carbonated (but still enough). Overall, this is quite nice right now. B+

Blourison – Standard Ourison saison conditioned atop blueberries – Pours a ridiculous dark ruby red, looks almost like a rose, with a finger of pinkish blue head. Smells nice, lots of oak, a little saison spice, and those tart blueberry aromas coming through well. Taste is blueberry forward, sweet and tart, with some saison spice and oak peeking in during the middle to finish, which also has that tart note. Mouthfeel is light bodied, a little thin, decent carbonation but not as much as ourison. Overall, this is nice, but as much as I love Saisonhands and Ourison, I’m not sure how great a platform for fruit that base really is… B

Individuation: Florid – Slightly spiced blended orange-hued Saison aged in French oak – Pours a golden honey color with a finger of head and ok retention. Smells quite nice, vinous fruit and plenty of oak, going to be a sour one. Taste is sweet up front, with a nice oak character coming through in the middle, maybe some funk there too, and then the sourness ramps up into the finish. Mouthfeel is medium bodied, well carbonated, moderate to high acidity, but still pleasant. Overall, is your typical TH style sour saison, which is a very good thing indeed. A- 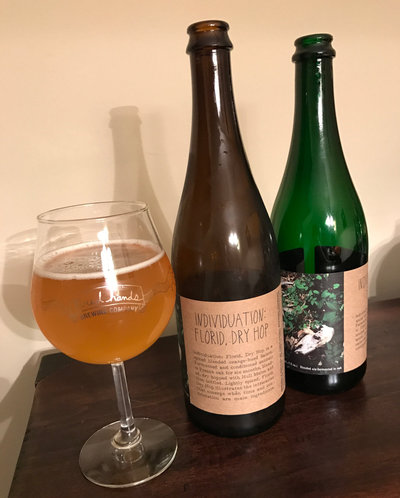 Individuation: Florid, Dry Hopped – The same as Individuation: Florid, but dry hopped with Hull Melon – Pours that same golden honey color with that same finger of head. Smells very different though, clearly that Hull Melon dry hopping coming through, honeydew and lemons, with oak taking a backseat in this variant. The taste starts off sweet and sour, hop flavor overtaking the oak here too, finishing with that sour note. Less oaky, more hoppy and maybe even more sour (or at least the perception of more sourness). Mouthfeel is pretty much the same as regular, but again, slightly more astringency. Overall, this is more complex, but I’m not sure if it’s better. Hull Melon certainly isn’t my favorite hop, but it is definitely distinct. B+ 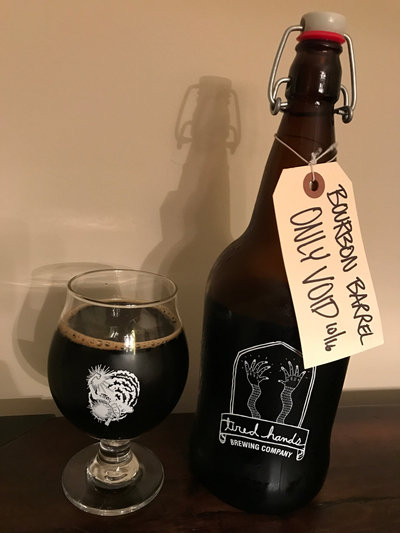 Tired Hands Only Void Bourbon Barrel Aged – Imperial stout aged in bourbon barrels for over a year – Pours deep black with a finger of short lived light brown head. Smells of caramel, oak, vanilla, and bourbon. Taste starts off sweet, rich caramel, bourbon, oak, and vanilla, the richness fading a bit after the middle and into the sweet finish. Mouthfeel is rich and full bodied up front, but it thins a bit in the finish, a little pleasant boozy heat as I drink. Overall, hell yes, I’ve been waiting for this for a long time. I still really wish they bottled it, but it’s a solid BBA imperial stout. A-

Tired Hands Permashore – Oak fermented gose with lemon drop hops – a radiant, clear yellow color with half a finger of bubbly head. Smells oaky, but you get that gose spice (coriander) and tart fruit, lemon, lime thing in the background too. Taste starts out with the gose spice character, moves into oak town, and adds in a salinity and a little tartness towards the finish. Mouthfeel is light bodied, a bit undercarbonated, pleasant, low acidity. Overall, this is very nice. The oak overwhelmed the style a bit, but it still comports itself well. B+

Whatever, Nevermind – Oak aged “yule” saison, 2015 bottle – Fun fact: this beer was the 200th checkin at Tired Hands Brew Cafe. I loved it. Then they bottled it a year later or something. And now it’s a year after that! And it’s still great. Nice tart, oaky foeder character, really tasty. Really enjoy this. A- 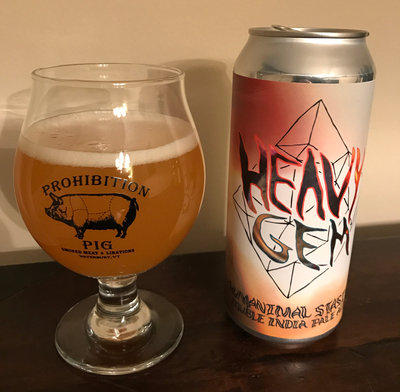 Heavy Gem Humanimal Stasis – Collaboration with Half Acre, Double IPA brewed with Equinox, Mosaic, and Simcoe – Pours a cloudy, darkish golden yellow color with a finger of white head and some lacing as I drink. Smells very floral an almost spicy, a little pine, but not as much citrus or pine as you’d want. Taste also hits floral and spicy hop notes, with a little dank pine emerging in the middle, and a relatively bitter finish. Mouthfeel is medium bodied, well carbonated, maybe a hint of booze too. Overall, this is not in your typical Tired Hands style; it’s alright but nowhere near the ratings I’m seeing. B- 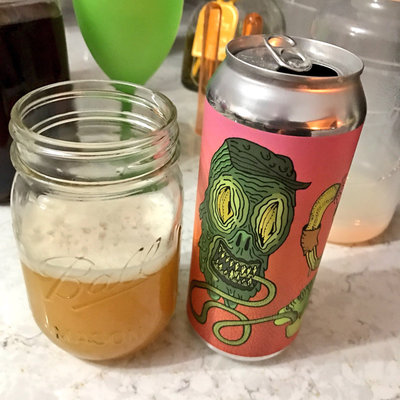 The Deepest and Most Wonderful Secret – Yuzu Triple IPA brewed with Simcoe, Galaxy, Azacca, and Equinox – Pours a hazy pale orange color with a finger of white head that leaves lacing as I drink. Smells citrusy and almost tart, some of those typical TH juicy IPA notes. Taste is very sweet with an almost tart kick (apparently that yuzu), some citrus and floral hops, and a little booze. Mouthfeel is surprisingly full bodied, lightly acidic, a little alcohol heat but it drinks lighter than it is… Overall, a solid take on a triple IPA, really tasty. B+

Phew, that’s quite a few beers. And, of course, I already have a couple more on deck, so look for another recap in the nearish future. It feels like can releases are getting a little less insane, so maybe I’ll snag a few more of those in the future…