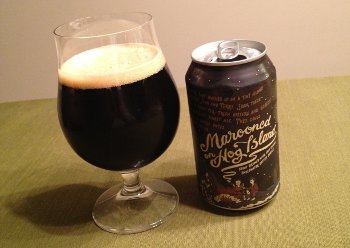 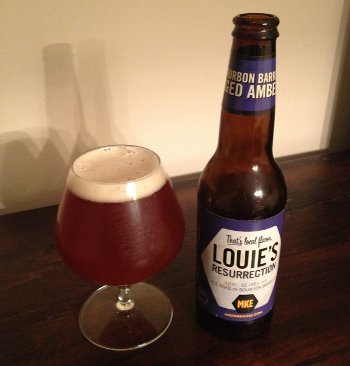 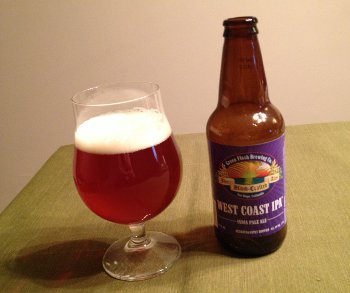 Earlier this week I reviewed a beer that I think had the best designed bottle (sorry, “ceramic crock”) I’ve ever seen, but the packaging for the recent 21st Amendment collaboration with Ninkasi gives it a run for its money. Indeed, all of 21st Amendment’s beers have great packaging, making excellent use of the larger canvas provided by cans (and I love that they put their cans in boxes, even with four- or six-packs). 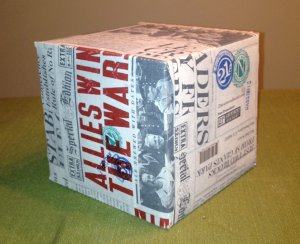 Seriously gorgeous stuff, and the can itself is also pretty great. I will make one complaint though, which is that, well, it’s hard to tell which way is up on this thing. A minor quibble and totally worth the confusion because it’s just an awesome package. But let’s not get to carried away, it’s what’s in the packaging that counts, and this time around, it seems that the beer is worthy of its packaging: 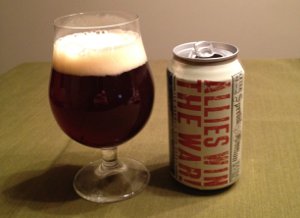 21st Amendment & Ninkasi Allies Win the War! – Pours a dark amber color, maybe a little brown, with a couple fingers of white head that leaves tons of lacing as I drink. Aroma is full of hoppy pine resin and sweet, almost sugary citrus fruitiness. Taste starts off sweet but that’s balanced very well by the hop bitterness in the finish. Those pine resin and citrus flavors are present as well, leading to a nice rich flavor profile. The mouthfeel is medium bodied, ample carbonation, and a little bit of stickiness. No real booze to be had here and it’s pretty damn easy to drink. Overall, an excellent beer, not quite the equal of YuleSmith (which seems to have become my yardstick for hoppy imperial reds), but damn close. A-

21st Amendment continues to impress, and even though Ninkasi doesn’t really distribute here, I’m going to keep my eyes on them…

I had this beer last year and was quite taken with it. It didn’t blow me away or anything, but it had a C+ on Beer Advocate at the time, which struck me as dreadfully underrated. BA seems to have upended the cart by using, like, 3 different rating scales now, none of which are the old letter grading system that was being used last year. Right now it’s got a 74 (out of 100), which still seems awfully low. What have these 21st Amendment people done to inspire such ire? Is this beer made with the venom of an endangered species? Perhaps it’s brewed solely with illegal immigrants in a sweatshop? Is this beer an elaborate money laundering scheme for mobsters? What’s going on here?

I will say that it wasn’t quite as great as I remembered from last year. Perhaps this could be attributed to it being on tap last year, or perhaps I got a fresher can and by the time I got my hands on it last year, it had mellowed out some… But it’s certainly not as bad as BA is indicating… Well, anyway, here goes: 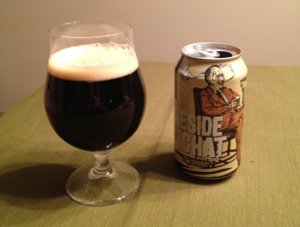 21st Amendment Fireside Chat – Pours a dark brown color with amber highlights and a finger of tan head. Lots of holiday spices in the nose – cinnamon, clove, and the like. Taste is sweet, with some caramel malt character and just a hint of roastiness. The finish is spicy and dry, with more bitterness than I remembered from last year. Medium bodied and well carbonated, this one hides its relatively high ABV well. Overall, it’s a really solid winter warmer style beer. I’m slightly less impressed with it out of the can, but it’s still much better than the relatively craptacular ratings it garners on BA. I’ll give it a B

Beer Nerd Details: 7.9% ABV canned (12 oz). Drank out of a tulip on 12/24/11. Unfortunately no Fireplaces were available during consumption.

There you have it. Up next on this brewery’s front is Allies Win the War – 21A’s collaboration with Ninkasi (with whom I’m entirely unfamiliar, as they don’t distribute here). I bought one of the gorgeous 4 pack boxes of that beer, so I’ve already had one and quite enjoyed it. I’ll probably be drinking another for actual evaluation purposes soon.