I’ve done a poor job of keeping up with La Cabra. Well, when I say “keeping up with,” I don’t so much mean drinking their beer as much as writing about it. The pub in Berwyn is still a favorite stop on that R5 corridor and now that we’re all living in lockdown, I’m trying to support my favorite local breweries. La Cabra has a very convenient contactless curbside pickup setup going (which includes a limited food menu too), so I hope they’re able to maintain during these lean times. Got myself a couple of 4 packs, a crowler, and some food last week, so let’s get their goat and drink some beer. 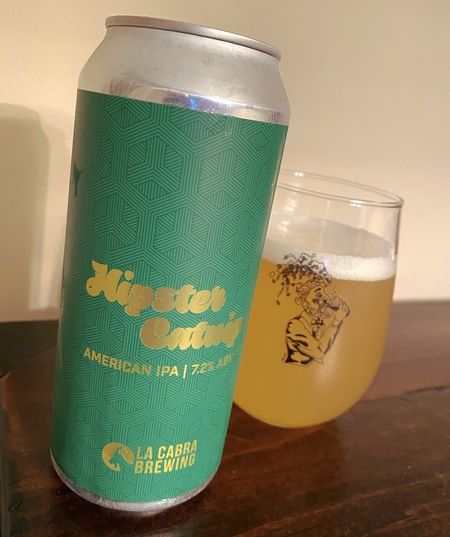 Hipster Catnip – Lactose dosed IPA made with Citra and Mosaic – Pours a cloudy, pale yellow color with a finger or two of fluffy white head and good retention. Smells nice, bright citrus hops, stone fruit, a bit of pine, some of that milkshake swankiness. Taste is sweet, lots of those bright citrus notes up front, with the danker piney notes emerging later, and an actual balancing bitterness towards the finish. Mouthfeel is medium bodied, well carbonated, and while that lactose adds body, it’s a well balanced adjunct that works well here. Overall, rock solid stuff, well integrated. B+ 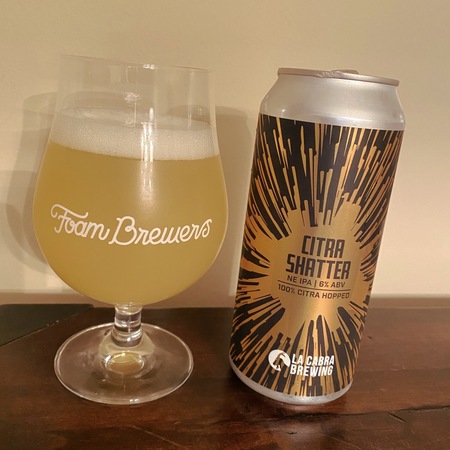 Citra Shatter – Single hopped NEIPA dosed with lactose, guess which hop? – Pours an even cloudier, even paler straw yellow color with a solid finger or two of fluffy white head and good retention. Smells great, juicy, almost candied citrus aromas, mangos, apricots, and some bright herbal/floral notes too (pretty solid Citra hop combo right there). Taste starts sweet, hits some of those juicy citrus hop notes, hints of herbal/floral, and finishing with a bit of balancing bitterness. Taste is not quite as great as the nose would imply, but it’s still some solid stuff. Mouthfeel is medium bodied, well carbonated, similar lactose body character, but this is overall a lighter mouthfeel. OVerall, good stuff, I think I like it better than the Catnip… and while I haven’t had a ton of the Shatter series, this may be the best of them. B+ or A- 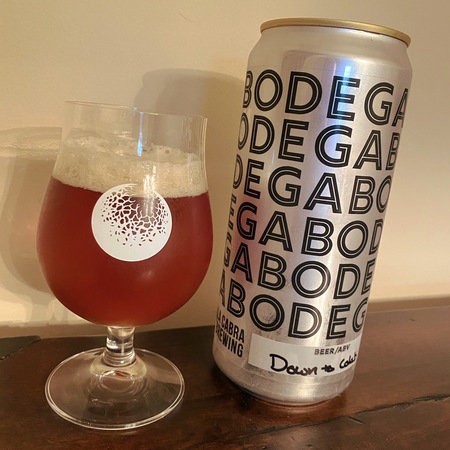 Down to Collab – Collaboration with Bulls Head Public House, an English Mild ale hopped with a mild dose of Chinook – Pours a gorgeous clear copper amber color with a finger or two of off white head. Smells nice, sweet, biscuity, floral, maybe a hint of citrus and pine. Taste has a nice, light biscuity character, with some dry bitterness balancing out in the finish. Mouthfeel is light bodied, well carbed, quaffable, very easy going stuff. Overall, I really enjoy this and of beers to get in a 32 ounce container, this is a pretty great choice. B+

Hard to believe it’s been three year’s since I’ve written about La Cabra (for crying out loud, I covered them almost as much before they opened as after!), let’s not wait so long again, shall we? He says, as if you have any impact on that. Which you probably do. Totally your fault.