In typically enigmatic fashion, little is known about this beer, who Lea is, or where she is journeying to. The Fantôme never reveals its secrets. However, some sleuthing revealed that this beer was made to raise money for brewer Dany Prignon’s niece (who is presumably named Lea and making some sort of journey abroad). Of course, none of that explains the deal with the beer itself (just the crytic “Globe Trotter’s Beer” moniker), but that’s the joy of Fantôme. There’s one surefire way to find out: 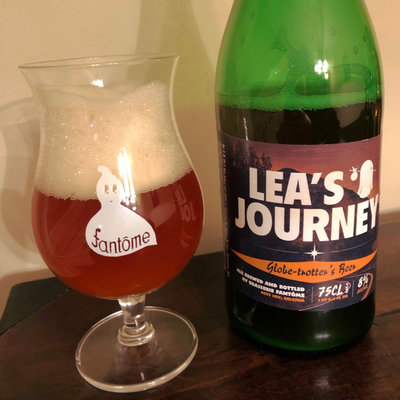 Always willing to take a chance on a new ghost…