I keep thinking that I’ll visit Tree House up in Massachusetts someday, but on the other hand I’m blessed with friends who not only go up there who also buy way too much beer and are anxious to unload, for example, a mixed set of 13 beers from their spoils. At this point, I’ve been lucky enough to have a pretty wide swath of Tree House’s offerings, but one thing I appreciated about this batch was the inclusion of some *gasp* non-IPAs. And I didn’t even have to wait in their infamously long (but apparently very well organized and snappy) lines. We’ve got a lot to get through here, so let’s buckle up: 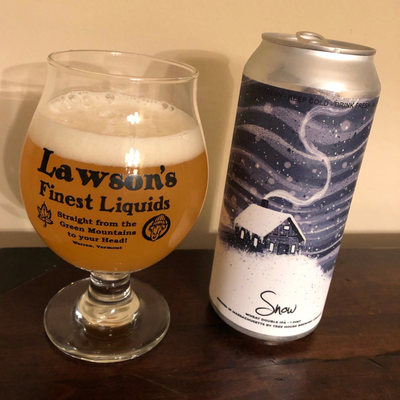 Tree House Snow – An IPA with a significant amount of wheat in the malt bill, hopped with Citra, Centennial, and Sabro. Drats, I’m getting out of touch, I don’t recognize that last one; Sabro was formerly known as HBC 438 and hails from New Mexico (pro tip – most hops, even ones grown here in the US, have their origins in Europe). It appears to be a typical new world flavor hop, lots of citrus and fruit characteristics which naturally dovetail with the juicy Northeast IPA profile. Pours a hazy pale orange, almost yellow color with a solid finger of head that has good retention and leaves lacing as I drink. Smells of juicy citrus, pine, and readily apparent wheat. Taste has a nice lightly sweet touch up front, followed by citrus and pine hops, and a nice balancing bitterness in the finish. Mouthfeel is well carbed, low to medium bodied, with a reasonably dry finish. Overall, it’s a rock solid NEIPA, not going to blow the hazebois away, but a real nice beer to pair a meal with. B+

Tree House Sap – Originally brewed as a Christmas beer, utilizing mostly Chinook hops for their infamously piney character. Pours a hazy pale yellow color with a finger of head that has good retention and leaves lacing. Smells of citrus and pine, some floral and spice notes, not quite as intense as other Tree House beers, but it works. Taste has that same old-school citrus and dank, resinous pine expression, with more of a wallop of bitterness towards the finish than your typical NEIPA (but nowhere near the bracing levels of some West Coast IPAs…). Mouthfeel is light to medium bodied, well carbonated, and quaffable. Overall, another rock solid IPA… B+ 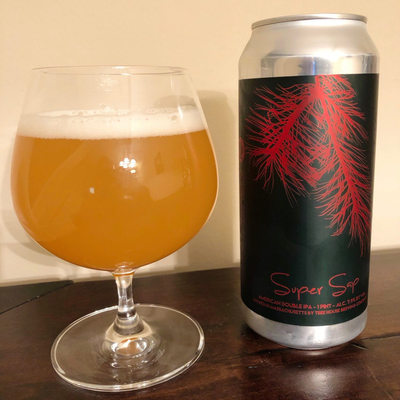 Tree House Super Sap – Imperialized version of Sap, also apparently brewed in the holiday spirit and presumably using the same Chinook-heavy approach. This is going to get repetitive, it looks much like Sap, hazy, pale, yellowish, well retained head and lacing. Smells like Sap, only moreso – citrus and pine, some floral and spice notes, a little more intense. Taste hits the same old-school note as Sap. Mouthfeel is a bit bigger, but similar. Overall, yup, it’s really good. B+

Tree House Haze – One of the more popular Northeast DIPAs that Tree House makes, and thus one of their regular rotational beers. Yeah yeah, pale and hazy with good retention and lacing, like the others. Smells great though, much more juicy citrus, sweet, tropical fruit hops. Taste has that same juicy citrus character, lots of tropical fruits, with a well balanced bitterness. Mouthfeel is well carbonated, medium bodied, relatively dry. Overall, yup, similar to the others, but maybe one tick above. A- 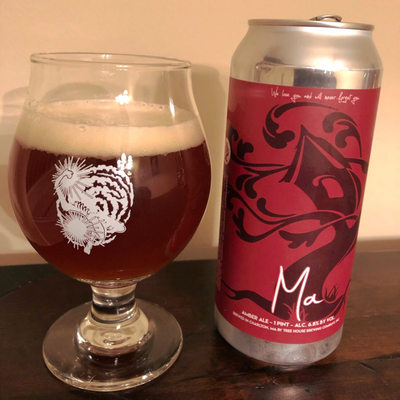 Tree House Ma – A hoppy imperial amber, a style I enjoy, but which doesn’t always work out. Named after one of the brewers’ Irish grandmother, it’s a sorta take on an Irish Red. Made with meatloaf because of their enduring love for Wedding Crashers (alright, probably not, but I enjoy making unsubstantiated allegations like this about brewers I like). Pours a dark, warm amber color with a solid finger of off-white head that leaves lacing as I drink. Smells of citrus and pine, heavier on the pine. Taste is sweet up front, some of those citrus hops lending a fruitiness to the malt, followed by dank, resinous pine hops towards the balanced finish. Mouthfeel is medium bodied, well carbonated, and quaffable. Overall, it’s a rock solid hoppy amber ale and I wish more breweries made this sort of thing these days. B+ 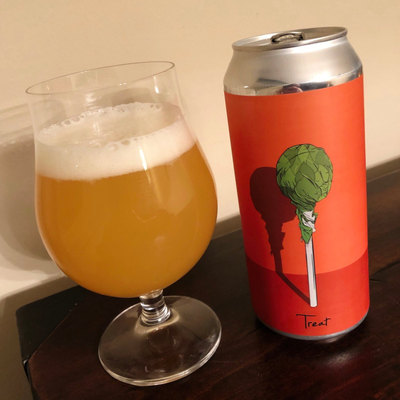 Tree House Treat – Originally brewed for Halloween, I’m not sure what makes it Halloweeny, but I’m still endeared to it because I love Halloween so much and I like the label. I guess they tried to make it have a sorta candy like sweetness, but really it’s just a DIPA. Maybe they played down the bitterness a bit, but that ain’t exactly outside of the NEIPA playbook. Pours a cloudy very pale yellow color with a finger or two of head with good retention and lacing. Smells fantastic, sweet, juicy citrus hops, tropical fruit, mango and the like. Taste has that big juicy mango kick to it, sweet up front with less bitterness in the finish than the others in this roundup. Mouthfeel is medium bodied, well carbonated, and pretty well balanced. Overall, it’s another really good IPA, a tasty treat for sure. B+ or A- 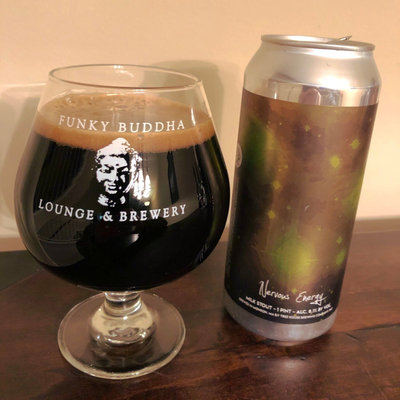 Tree House Nervous Energy – A sorta french toast inspired milk stout made with maple syrup, cinnamon, and vanilla. Pours a clear, very dark brown color, almost black, with just about a finger of light brown head. Smells sweet, a little maple syrup, caramel, and some roasted malt. Taste is sweet up front, that maple comes out to play, then some spice kicks in, cinnamon, balancing hop bitterness and hints of roast in the finish. Mouthfeel is well carbonated but silky smooth up front, a little spice emerging in the finish, full bodied, sweet but not cloying. Overall, it’s a complex little bugger, but reasonably well balanced, flavors that play nice together and don’t overwhelm. B+ or A-

Tree House Double Shot (Vanilla Bean) – Bonus beer! A rich, sweet, and less roasty base stout provides a nice platform for a pair of coffee infusions in addition to, in this case, some vanilla bean. I had this at a share and thus did not take detailed notes (therefore I’m not going to call this an Octuple Feature, as I won’t be rating this), but my admittedly vague memories are that this was a fantastic little beer. Lord knows I’m not the biggest fan of coffee stouts, but in this case the sweet base combined with the vanilla bean managed to wrangle the beer into something rather great. Nice to finally get a load of some non-IPAs from Tree House. They are justifiably famous for both of these styles. I had a couple of other Double Shot variants as well, and they were also pretty darned good, even to a coffee skeptic like myself…

Another successful batch of Tree House in the books. Still hoping to get there someday, but hey, I’m not complaining about the ones that do come my way. Special thanks go out to Kaedrin friend and fellow BeerNERD Gary for sending these beauties my way…