Every year, I take a vacation in upstate New York (these are the occasions that inspire the Operation Cheddar trips to Vermont) and this year, I noticed that there’s an alternative route to get to my vacation destination that takes me past a few NY breweries of note. Case in point: Suarez Family Brewery. Dan Suarez cut his teeth working at a series of NYC breweries in the mid aughts (notably Sixpoint and Brooklyn) and then became Sean Hill’s first employee at Hill Farmstead. After a few years there, he set out on his own, creating his family brewery in upstate NY and putting out what he terms “crispy little beers”. From what I can tell, they seem to specialize in saisons (which tend to be similar in character to what Hill Farmstead puts out) and pilsners, with the occasional pale ale thrown in for good measure. The brewery is a small but comfy little place, and Suarez seems to have lots of plans. For now, they’re just serving their beers, but someday they hope to have tacos and other foodstuffs. Until then, we’ll just have to deal with their world class beer. Let’s dive in: 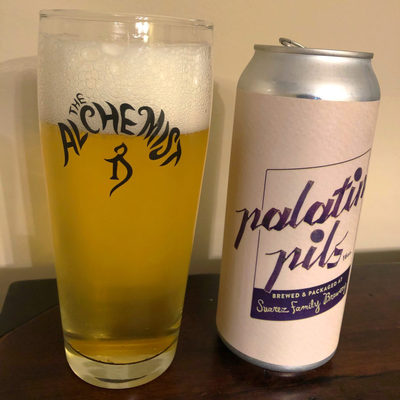 Palatine Pils – Before I left on my trip, I bought some local beer to drink whilst on vacation (and before Operation Cheddar), and promptly left that local stuff at home. So when I got to Suarez, I grabbed a few extra four packs of this, which became the unofficial beer of the week. Pours a clear, pale gold color with a finger of white, fluffy head that has good retention and leaves a bit of lacing. Smells of earthy, grassy noble hops with a bready crackery character that fits well. Taste follows the nose, a light bready character with some noble hops kicking in. Mouthfeel is light, crisp, and quaffable, really well balanced. Overall, yup, certainly one of the better pilsners I’ve had… B+ or A- 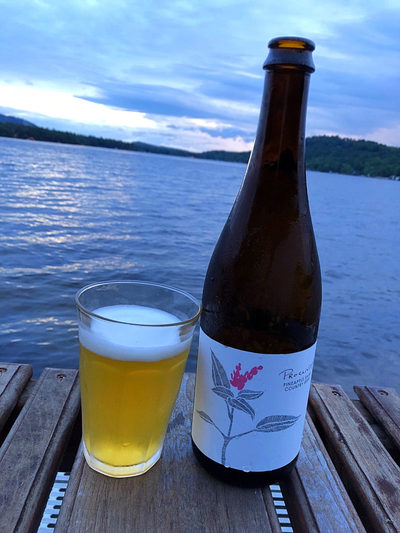 Proclivity – Country beer brewed with fresh pineapple sage. Pours a pale golden color with a finger of white, fluffy head that doesn’t quite stick around as long. Smells good, similar, light musty funk and hints of spice. Taste is sweet, with a little more spice and some sort of fresh herbs (presumably that sage), finshing with a light tartness. Mouthfeel is a little heftier than Call to Mind, well carbonated, no less crisp or quaffable. Overall, this is also great, maybe a hint better, but overall quite similar. A- 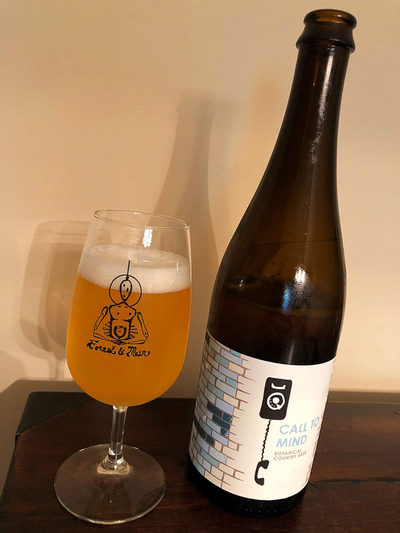 Call to Mind – Country beer brewed with chamomile, lemon thyme, and lemon balm, briefly ripened in oak casks. Pours a pale golden color with a solid finger or two of white, fluffy head that leaves a bit of lacing as I drink. Smells nice, light musty funk, hints of spice, and some tart lemon lime action. Taste starts sweet, hits that tart lemony note, then moves on to a light spicy funk. Mouthfeel is light bodied, low acidity, well carbonated, crisp, and quaffable. This goes down fast. Overall, it’s a great little farmhouse number, akin to something like HF Florence. A- 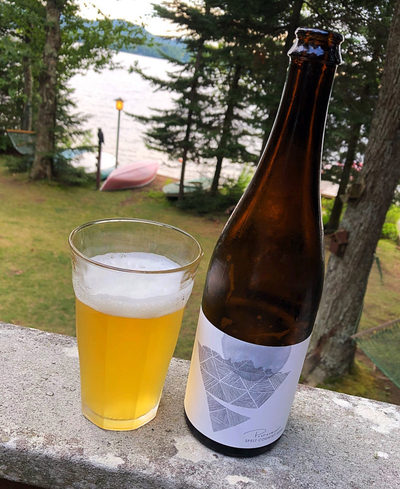 Postscript – Country beer brewed with a generous portion of raw spelt sourced from their neighbors, then aged in oak casks. Pours more of a pale, straw yellow color with a finger or two of fluffy white head. Smell is back to the tart lemon character, but with plenty of funky aromas and some spice too. Taste is a little more rounded, starting off sweet, hitting those spicy notes, then some oak, and finishing with a well balanced tartness. Mouthfeel is more like Proclivity than Call to Mind, that oak is definitely doing its thing, well carbonated, moderate acidity, still pretty darned crisp and quaffable. Overall, oh wow, another great farmhouse beer from Suarez, big shocker. Very good. A-

So yes, well worth seeking out Suarez, and I’ve certainly found a new, regular stop on my way to vacation.