Drink local, they say, and so I do. Levante is the closest brewery to Kaedrin HQ, and I do find myself at their taproom on a semi-regular basis. Alas, I’ve been woefully neglectful of their wares on this here blog. Since opening a few years ago, they’ve grown considerably, both in terms of quantity and quality. In particular, they’ve stepped up their NEIPA game, as these last few releases illustrate (also telling: the number of people in lines for this stuff). Of course, their stout program is also strong, and while my ambivalence to coffee is well known, we’ll cover a couple of coffee-dosed offerings too (hint: they’re fantastic). 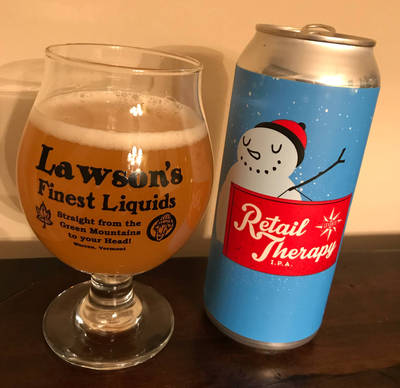 Levante Retail Therapy – The perfect gift for dorks who work for a retail website and are breathing a sigh of relief after the usual Q4 rush (i.e. me). Brewed with spelt malt and oats and hopped with Simcoe, Amarillo, Citra, and El Dorado. Pours a cloudy, milky yellow color with a finger of white head. Smells of sweet, juicy citrus hops, fresh, green, pretty darned great. Taste is sweet and juicy, lots of citrus. Mouthfeel is medium bodied but kinda thick, well carbonated. Overall, one of the better Levante offerings, not quite Hop Cartel level good, but very nice. Probably shouldn’t have given half of these away as Christmas gifts. A- 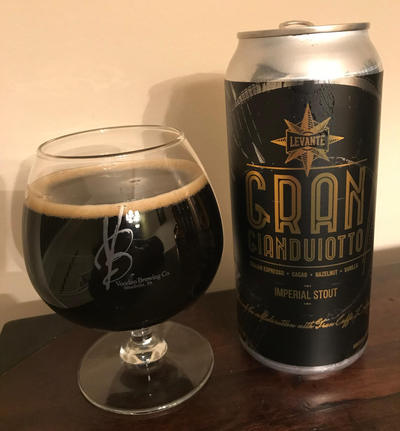 Levante Gran Gianduiotto – Imperial stout brewed with lactose, Ghirardelli cacao powder, hazelnut, vanilla, and three blends of over 70 pounds of Italian Espresso from Gran Caffe L’Aquila. Pours a very dark brown color with off white head. Smells of roasty coffee, chocolate, coffee, roast, and coffee. Did I mention coffee? As it warms, it gains a sweeter, richer caramel note. Taste is a little less roasty, more rich caramel, but still plenty of coffee and chocolate, I wouldn’t have picked out hazelnut blind, but since I know it’s there, I can kinda see it if I do the tasting equivalent of squinting. Mouthfeel is rich and chewy, full bodied, moderately carbonated, a hint of booze. Overall, this is fabulous, even for a coffee beer. Kinda wish I didn’t give most of my cans away as gifts… A- 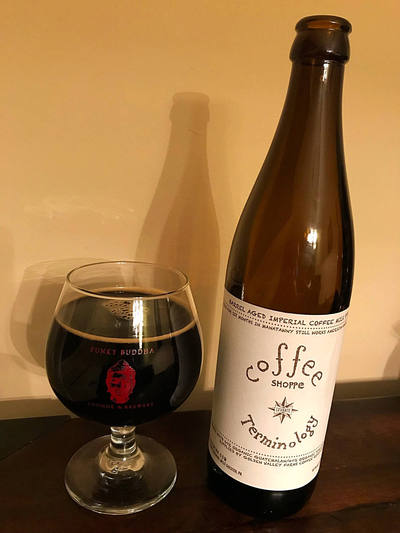 Levante Coffee Shoppe Terminology (Barrel Aged 2017) – Brewed with a blend of shade grown, locally roasted, organic Sumatran and Guatemalan coffee supplied by Golden Valley Farms Coffee Roasters in West Chester, PA, then aged for six months in American Whiskey Barrels from Manatawny Still Works in Pottstown, PA (they do not make bourbon, but I think their standard offering is primarily malted barley and wheat, with some oats and rye). Pours a very dark brown color with a tan head. Smells great, lots of coffee, roast, and a heaping helping of that whiskey, oak, and vanilla. Taste is rich and creamy, caramel, whiskey, oak, and vanilla, with a dose of roast coffee, finishing on a pleasant boozy note. Mouthfeel is full bodied, rich, and chewy, with lots of boozy (but again, pleasant) heat. Overall, maybe I do like coffee beers (i.e. if they’re this boozy), great barrel character and pretty darned great. For some reason, I feel like people are sleeping on this, as evidenced by the fact that I just bought another couple bottles about a month after I bought this one… on second thought, forget I said anything. A 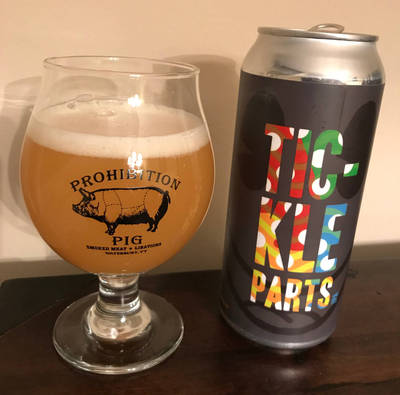 Levante Tickle Parts – Another NEIPA that’s a little short on specifics (label sez: El Dorado, Mosaic, Citra hops were used). They released this a couple months ago (I had an extra-hopped cask version at a local watering hole, and it was great), then did a rebrew in January, which is the batch I’m reviewing here. Pours a murky yellow color with a finger of white head that leaves plenty of lacing as I drink. Smells fabulous, tons of fresh, juicy citrus hops. Taste hits those juice notes hard, citrus with a little bit of dank pine in the finish, which isn’t very bitter (but maybe just enough to keep things in balance). Mouthfeel is medium bodied but thick, well carbonated, decent balance. Overall, a good example of the hazier NEIPA. A- 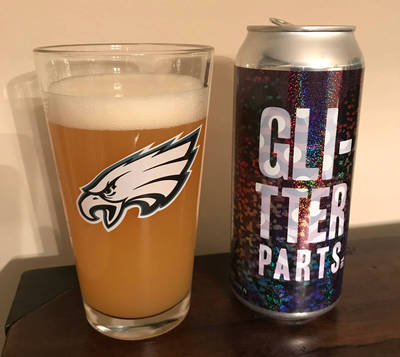 Levante Glitter Parts – Another NEIPA variant, this time with added lactose, coconut, and vanilla (kinda Tired Hands Milkshake-esque), with a similar hopping schedule to Tickle Parts (Citra, El Dorado, Simcoe, Mosaic). I drank this out of a shaker pint glass because I was watching the Eagles slaughter the Vikings on Sunday, and as you can see, it was totally my glassware that put them over the edge. Pours an even murkier pale yellow color with a finger of white head that leaves lots of lacing as I drink. Smells great, those fresh, juicy citrus hops, maybe a bit more tropical here. I didn’t pick up coconut directly (and probably wouldn’t blind), but if you do the olefactory version of squinting, maybe it’s there? Taste follows the nose, sweeter with lots of juicy citrus hops, with maybe that vanilla showing up a bit here. Mouthfeel is medium bodied with a higher viscosity than Tickle Parts, that lactose definitely felt here, well carbonated and decent balance. Overall, yep, another winner. A

I feel like perhaps my lesser homer instincts are kicking in, as I only seem to find myself reviewing beers I love from these guys. But these last two releases were pretty killer. I will say that they make plenty of beers that I’m not entirely on board with (and in fact, their regular lineup isn’t all that spectacular), so there is that. It’s hard to get all fired up about writing them up on those though, perhaps a topic for another post.