To paraphrase Yoda: begun, the American lambic wars have. Ouch. Sorry, quoting the prequels hurts. I don’t recommend it. Anyway, there was a kerfluffle with some American breweries that are taking inspiration from lambic, mostly caused by Jester King’s notion of creating a specific designation that is now called Méthode Traditionelle (they originally called it Méthode Gueuze, but real lambic producers weren’t too enthused by that one), complete with a protected mark for the label and everything. So far, it doesn’t seem to be catching on. Allagash seems content to just keep doing their thing, as befits their pioneering status in the American lambic debate (they were basically the first to get really serious about spontaneous fermentation in the US). And de Garde seems actively hostile to the idea.

Whatever the case, there are plenty of smaller names getting in on the action. I’ve had three beers recently that all claim to be inspired by lambic in one way or another, whether it being the way something is aged, or the ingredients, or the spontaneous fermentation, or in one case, I’m not sure it resembles lambic at all, except it’s sour. And yet, all three were pretty great. First up: 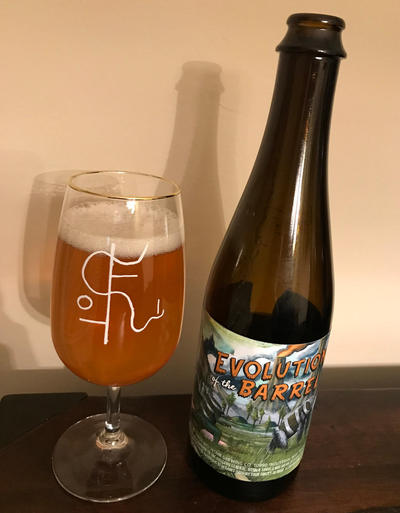 Tahoe Mountain Evolution of the Barrel – A blend of one, two and three year old sour golden ale fermented and aged in oak barrels. As far as I can tell, not spontaneously fermented, but the aging and blending resemble geuze… Pours a mostly clear golden yellow color with a finger of fluffy white head. Smells great, earthy funk, vinous fruit, lactic, a little oak. Taste has a good depth to it, earthy funk leavened by vinous fruit, stone fruit, a heaping of oak, and a well modulated sourness. Mouthfeel is well carbonated and crisp, with a moderate acidity and medium body. Overall, this is fantastic. A- 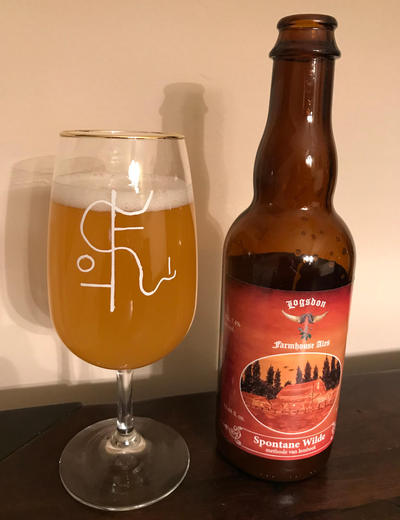 Logsdon Spontane Wilde – They say this is made in a traditional “Methode van Lembeek” (suck it, Jester King), and it actually does seem like they’re going for something like lambic – unmalted wheat, aged hops, spontaneously fermented, oak aged, pretty close. The result pours a bit darker than the above, with lots of carb and head. Smells great, barnyard funk, tart fruit, and oak. Taste hits similar notes, a little more fruit in the taste, but plenty of funk and oak. Mouthfeel is dry, highly carbonated, and effervescent, moderately acidic and a little puckering. Overall, really good, but it feels a lot like your typical Logsdon beer. A- 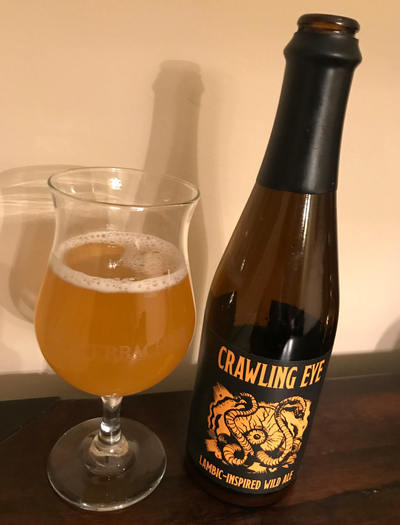 Phantom Carriage Crawling Eye – They say this is “Lambic-inspired” but they don’t really say what that means and after drinking this, um, I don’t think it particularly resembles lambic. But it’s still really good. Also, I love the classic film references. Classy. Pours a mostly clear yellow color with just a little short-lived head. Smells of sweet, vinous fruit, sour twang. Taste hits that lactic sourness pretty hard, with a little funk and vinous fruit, and some oak leavening things. Mouthfeel is low to medium carbed, bright and acidic. Overall, really good. Not at all like lambic. A-

Not exactly in the same game as Belgium, but really nice nonetheless. I should really hunt down more Allagash or Jester King to really dig into this more.