I have this thing where I rarely rate something the highest (or lowest) rating. For once, I am not the worst. I simply have standards, people. Way back when, I wrote about Kaedrin’s Grading System, I felt that reaching the highest grade would require a few things. Obviously, it has to be a great beer (that goes without saying even though I’m saying it). Next, it has to be something I have had more than once (a non-trivial challenge, as many top tier beers are one offs or exceedingly rare). Finally, there’s that X-factor. Perhaps something personal or a particular experience that simply elevates this beer above its peers. There’s a push and pull in the criteria, hopefully leading to some idiosyncratic choices. Maybe you think these are too pedestrian, or maybe you think they’re unobtainable, but that’s the fun part. Life would be boring if we all loved the exact same things.

Thus far, only 4 beers have earned the coveted A+. Only one doesn’t quite meet the conditions (because it was reviewed before the criteria were established). Two are straight up Belgian styles that are both exceptional, but my tastes have evolved a bit since then. The most recent would almost certainly retain its A+ status, but it only kinda sorta lives on (it’s part of a solera series, so current bottlings technically have some of that one left in it). Basically, I’m long overdue for some A+ picks. These are three of my favorite beers, which I’ve sought out and drank (a few times, even) over the last year.

I’ve reviewed all of these before so I won’t bore you with tasting notes, but I will give some quick thoughts on each and why I think they deserve to be elevated to A+ status. 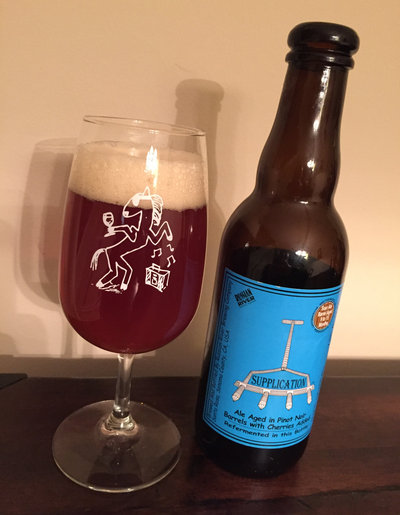 Russian River Supplication – The prototypical dark American Wild Ale, all oak and cherries, sour fruit and vinegar, it’s a beautiful beer that’s surprisingly versatile. Works in any weather. Pairs amazingly well with BBQ and dark chocolate, and it’s obviously delicious on its own too. There are more complex or intense beers out there, but few reach this level of balance and just as importantly, this is something that is regularly available. Original rating was only an A-. It graduated to an A one time at a share where we were eating BBQ (and it paired exceptionally well), and that’s when I first realized this was an A+ candidate. Of course, that was 4 years ago. Maybe I am the worst? No, I’m just thorough. I’ve had this many times since my original ratings, and it’s definitely graduated to the coveted A+ 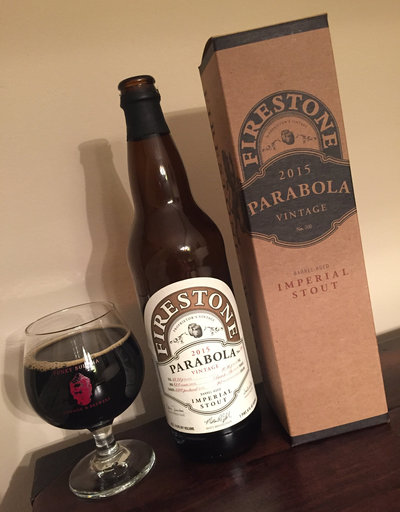 Firestone Walker Parabola – Platonic ideal of bourbon barrel stouts, tons of boozy bourbon, oak, rich caramel, and vanilla. It’s a big, intense, complex beer, a bruiser, a character that initially held me back a bit when I first tried this. Funnily enough, Parabola was my backup order at a Philly Beer Week event where I got shut out of Velvet Merkin, which at the time was not being bottled and was exceedingly rare (and which, once I happened upon it, turned out to be mildly disappointing). Upon subsequent tastings, I realized my horrible mistake. Again, part of the appeal is that this is something that is regularly available. I would gladly also induct Pappy Black Magick into the A+ realm, but I’m not even sure if it’ll ever be made again, let alone acquired and tasted again. I’ve built a history with Parabola, a great beer that has only gotten better with each additional tasting. This is not a common trajectory and truly a thing of beauty. A+ 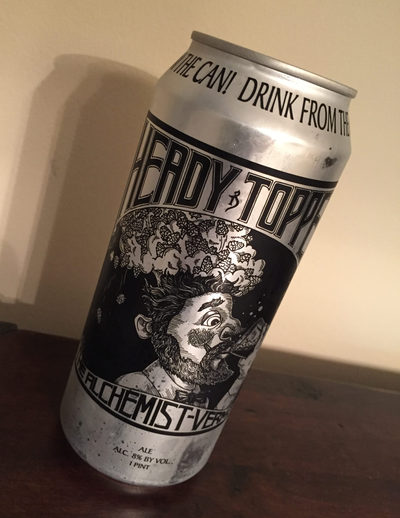 The Alchemist Heady Topper – These beers are all relatively well known, but this may be the most hyped beer I’ve ever rated. Under such circumstances, it’s tempting to play the contrarian, and yet, it lives up to the hype and remains the standard against which all Northeast IPAs are compared. Have I had better NEIPAs? Maybe! I can think of one or two Tired Hands beers I’d put up against Heady… but as with most TH beers, they were one offs. Even for repeated TH beers, it’s worth noting their lack of consistency. Not so with The Alchemist. I manage to snag cans of this every year, sometimes multiple times, and yet they’re always consistently great. This might be the first beer I truly traveled a great distance to obtain (along with other VT goodies), and I’m so glad that I did. Juicy, balanced, delicious. I think I’ll drink one tomorrow. A+

So there, I’ve nearly doubled the number of A+ ratings on the site. I hope you’re happy now. Hopefully I’ll be able to do this a little more often than once every three years. In fact, I’d like to find a way to put a saison in here someday. Until then…