Zwanze is a French word that roughly translates as “Humor typical of Brussels” and each year, Brussels-based Cantillon releases a beer of that name in a special worldwide event. As you might expect from the name, the beers tend to incorporate experimental ingredients or unconventional takes on their classical lambic style. In 2016, only 50 or so different bars throughout the world could hold a Zwanze Day celebration and as luck would have it, one was Monk’s Cafe in Philly. 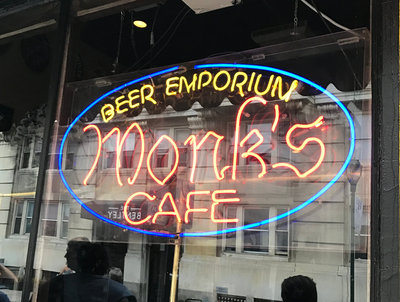 Of course, the occasion also marks an excuse to tap lots of other rare and interesting beers, including four other Cantillon lambics. Monk’s also held a truly astouding raffle and sells a limited amount of Cantillon bottles to-go. It’s an all cash event and proceeds go to a good cause, this year being Fair Food. I wasn’t sure if I’d be up to making the trek into the city and braving the crowds, but during dinner on the preceding night I cracked open a fortune cookie and saw this: 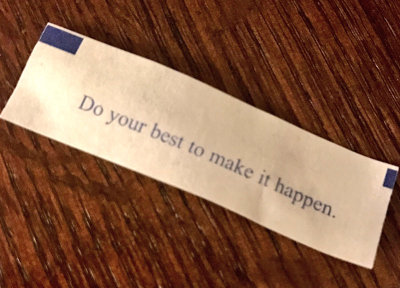 So I strapped my big boy pants on (ugh, I had to wear pants too, it was the worst), hopped on a train, and got in line a couple hours early. And if you think that’s crazy, some people had been waiting in line since 8 pm the previous night (around the time I was elbow deep into some Chinese food). 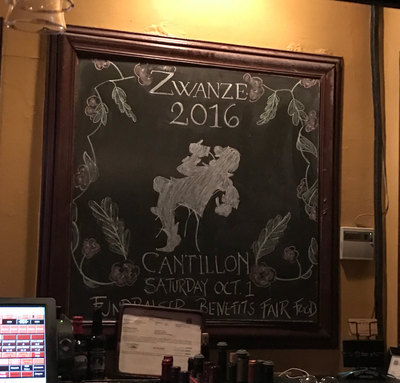 It was a bit of a madhouse and crowds aren’t really my thing, but I managed to stay sane with the help of some Cantillon Mamouche (a lambic made with elderflowers that originated as Zwanze 2009, but they liked it so much they kept making it), fresh Kriek (which is a super jammy cherry bomb and very different with some age on it – either way, it’s awesome), Gueuze (always a delight), and what I believe was Iris Grand Cru (which is Iris sans the dry-hopping and unblended to keep carbonation minimal – interesting to try, but I’m not overly fond of still beer.) 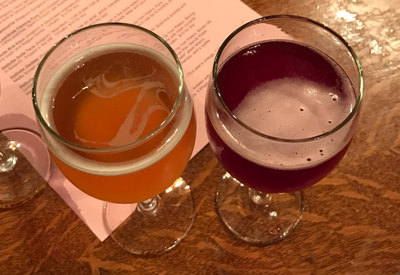 The event started at noon, but they weren’t tapping Zwanze until 3 pm, so I also got to dip into some other interesting beers, including a pair beers cellared since 2010. Russian River Supplication is one of my favorite beers and with 6 years on it, it still holds up pretty well. A little oxidation and perhaps a bit mellower than fresh, it also had a beautiful vinous fruit character that worked great. Lost Abbey Red Poppy from 2010 has also held up very well, retaining a surprising amount of cherry character.

Eventually, the crowd had swelled to bursting levels and Zwanze was poured. This year’s edition is a throwback to Cantillon’s old-school Framboise (i.e. pre-Rosé De Gambrinus, which is made with 100% Rasberries). As Jean van Roy explains: “When we used raspberries from Belgium, the taste was nice, but the color was not so beautiful. It was a bit old rose. To get a bit more color to the beer, we blended the raspberry beer with 25 percent of cherry Lambic and a bit of vanilla.” For Zwanze, Jean switched things up a bit, producing a blend of 82% raspberry lambic with 18% blueberry lambic and .05% vanilla added. 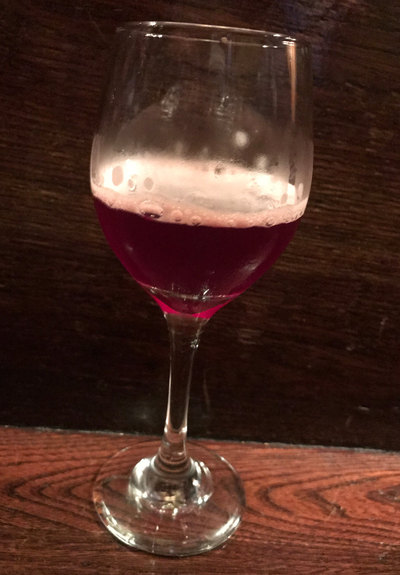 And it’s delicious. Best nose of anything I had all day, complex fruit, hints of funk and oak. Taste follows the nose and the mouthfeel was a bit undercarbed (but nowhere near still, like the Iris was). It was great and with a little age and some extra carbonation, I feel like it could get even better (I don’t think they sold any bottles to go anywhere, even at the brewery, but I would hope they kept some in reserve – would love to try some in a year’s time to see how it held up). I wish I got a bigger pour, but I’m glad so many other people were able to get a taste.

All in all, a very exciting event. I’m really glad I went but truth be told, big crowds aren’t really my thing so I’m not sure if I’d go again. I’m reliably informed that some other venues weren’t nearly as crowded, so perhaps that’s the ticket. Only time will tell! Until then, I’m sure I can occupy myself with lots of other great beer, perhaps with Monk’s Cafe’s help!