I know what you’re thinking: Ugh, more Vermont Double IPAs? Well, um, get used to it jerks, because we got a few more VT DIPAs in the pipeline this week. And for good reason! These VT brewers love them some hops, and when Kaedrin friend Cian McGuire heard I was passing through town, he suggested I stop in and say hello, which was a great idea. I got a small taste of Strawberry Whale Cake (a tasty little hoppy cream ale made with strawberries) and saw Cian packaging some beer, and picked up a bunch of stuff. In fact, I think the only dark beer I picked up during Operation Cheddar V was from here (a peanut butter porter called Chunky), so there is that. But first we’ve got to drink those hoppy beers fresh, so we’ve got a pair of DIPAs for your perusal.

First up is the awesomely named It’s Complicated Being A Wizard, their year-round DIPA brewed with wheat and oats. Lovely artwork, and the title inspired me to break out the AD&D rulebooks. I am such a dork. It turns out, it really is complicated being a Wizard. So many spells, man. Just ask the Harrys, Potter and Dresden: 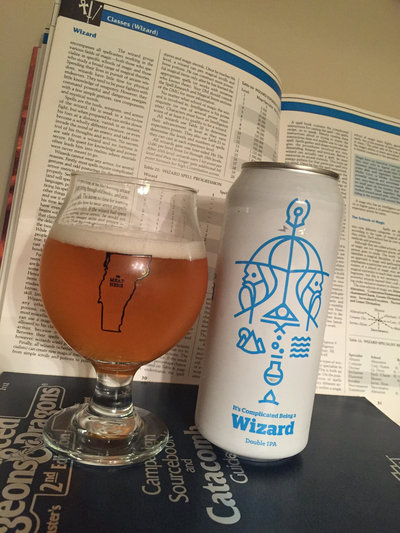 Burlington Beer Co. It’s Complicated Being A Wizard – Pours an almost clear (imagine that) golden yellow color with a finger of white head. Smell has a sweetness to it along with a decent citrus and pine hop aroma. Taste follows the nose, sweet, citrus and pine hops, hint of bitterness in the finish. Mouthfeel is finely carbonated, light to medium bodied, crisp and clean. Goes down faster than your typical 8% DIPA. Overall, yet another tasty VT DIPA. B+

Next comes Peasant King, which is a heftier DIPA bordering on TIPA territory. I’d like to make another D&D reference here, but it seems there’s actually a pretty robust history of commoners becoming monarchs. Go figure. 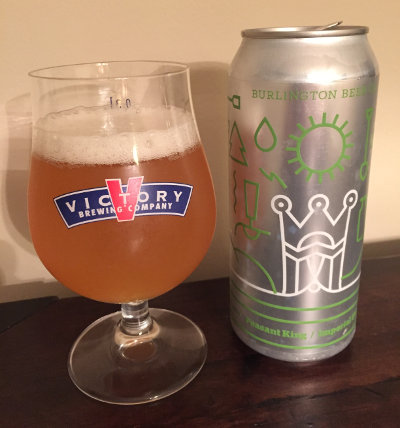 Burlington Beer Co. Peasant King – Pours a slightly hazier yet brighter golden yellow color with a finger of big bubbled head. Smells sweeter, with more citrus and pine hops. Taste starts off sweet, hits those citrus and pine notes, finishes with a bigger bitter bite. Mouthfeel is well carbonated, medium bodied, a little boozy. Overall, this is quite good. B+ or A-

Phew, that’s a lot of hoppy beer. Stay tuned, we’ve got two more doozies coming up this week. Then things should return to a more normal Saison and BBA stout fest.