Back in the time of antiquity (i.e. the aughts), you could troll beer rating sites by state and when you got to Pennsylvania, the listings were dominated by this tiny little brewpup located in the middle of nowhere called Selin’s Grove. The IPA even graced Beer Advocate’s top 100 back when that was still a thing people cared about, and people 3,000 miles away would trade for it. They’ve since faded a bit in the popular consciousness due to the rise of other big PA names, but they seem happy toiling away in relative obscurity (then again, the IPA is still #7 on BA’s PA list, so there is that). 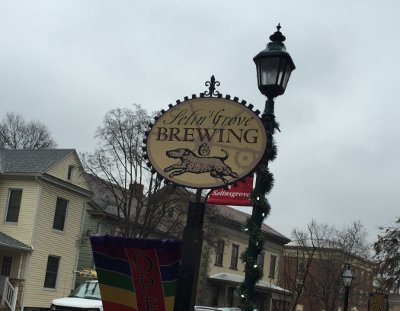 Selin’s Grove is about 2 hours away from Kaedrin HQ, which depending on your fortitude is not too big of a deal (these days, there are a few other places you can stop along the way, which might make for a nice full-day trip). I’ve always meant to make a trip up there sometime, and finally pulled the trigger last week when they were celebrating their anniversary. It’s a bit of a haul, but it’s not a bad drive at all. I had a couple of samples when I was there, grabbed a decent sandwich, and of course some growlers. It’s a neat little place, great atmosphere, very warm and inviting. Let’s see if their beer lives up to their reputation: 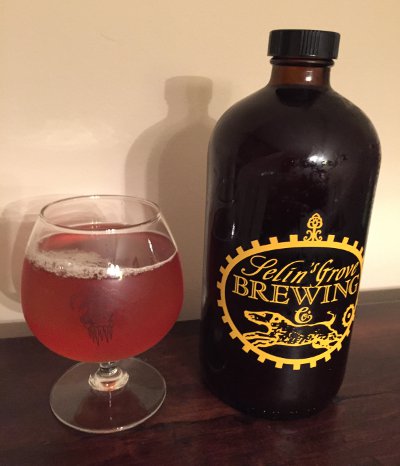 Selin’s Grove IPA – Pours a pale orange color with half a finger of quickly disappearing head. Smells sweet, citrus and lots of dank, resinous pine. I want to call this an expertly crafted old school IPA, and I’m guessing lots of C hops here. Taste is sweet, with some citrus and again, lots of dank, resinous pine, finishing with a nice bitter bite. Mouthfeel has lowish carbonation (probably a result of the growler), medium body, and it’s quite approachable. Overall, it’s a rock solid IPA, I can see why it had the reputation, but I can see why it’s fallen off the radar as well. B+ 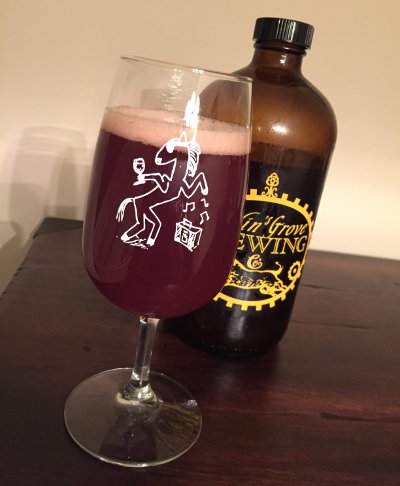 Selin’s Grove Framboise – Pours a murky purple color with a finger of pinkish head. Smells of pure, unadulterated raspberry puree, sweet and a little tart. That sounds simplistic, but it’s really quite striking. The taste has a little more complexity to it, though it’s still a raspberry bomb. It’s got a richness to it that fits well with the sweet, lightly tart rasberry. Mouthfeel is well carbonated, surprisingly full bodied, rich, and chewy, viscous but the carbonation helps break it up. No matter what the ABV, it’s not really a session beer because of its intensity, but it’s not like it’s hard to drink or something. Still, I was very glad I was sharing this, as taking down a growler on your own is maybe possible, but not recommended. Overall, reminiscent of those New Glarius fruited bangers, this is fuller and more rich, and delicious. Really begs for some sort of Brett addition or barrel aging, but it’s pretty great as it is. B+ or maybe an A- if I’m feeling generous, which I guess I’m not.

It was worth the trip, but it is just a tad bit too far to make it up there regularly. Still, I could see it happening a couple times a year, as there are several other beers of theirs I’d love to try.