Every year, the fine folks at Russian River host a month long fundraiser for breast cancer awareness, with the centerpiece being Framboise For A Cure, a sour blonde ale comprised of 80% Temptation and 20% of something called Sonambic, a new beer they’ve been working on using a traditional Coolship (just like them official lambic makers). The blend is then aged in Chardonnay barrels with fresh raspberries. It sounds heavenly, no?

Fortunately for me, the owner of Philly institution Monk’s Cafe, Tom Peters, is good friends with the folks at Russian River and every year, they host a fundraiser of their own. They even release a small amount of bottles, which, alas, I was not able to secure because I’m lazy and didn’t get there until a little after opening. However, I was still fortunate enough to get a taste on tap (and I also picked up another bottle that will no doubt be making an appearance on the blog sometime soon), so let’s get going: 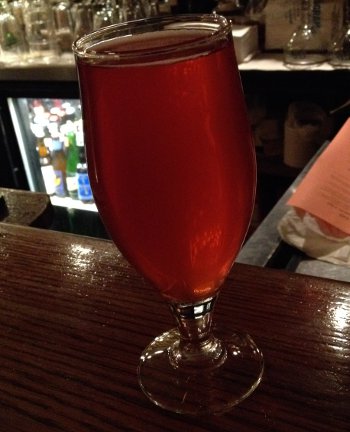 Russian River Framboise For A Cure – Bright ruby red color (so many robey tones, you guys), almost no head, though a cap of pinkish hued stuff sticks around so maybe it was just the initial pour or something. Smells of funk, oak, and twangy raspberry. Taste hits that raspberry sweetness up front, oak kicking in towards the middle, with a sourness also coming to the fore in the middle and lasting through the finish, where that raspberry returns and everything ties together. Mouthfeel is well carbonated, crisp and sharp, a little sticky in the finish. Overall, this is a superb, well balanced, complex sour. A

Because Monk’s is awesome, they were also pouring some other limited gems that I couldn’t resist… it’s for a cure people! And not to go all dudebro on you, but I like breasts. Sue me. 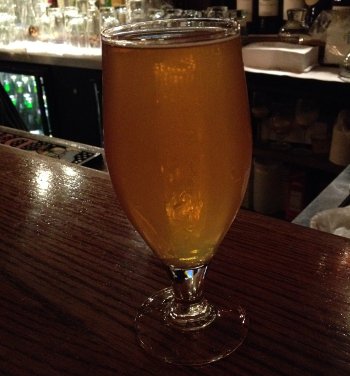 Cantillon Vigneronne – This is a lambic made with hand-picked muscat grapes, and it’s apparently one of the rarer varieties due to the scarcity of grapes (not to mention Cantillon’s general capacity issues). Pours a clear gold color, again with the no head. Smells like a gueuze, taste has a vinous character matched with gueuze-like oak and biting sourness. It is, perhaps, not quite as powerful as a full gueuze, presumably the influence of the grapes. Mouthfeel has a snap to it, well carbonated, just a bit of stickiness in the finish… Overall, I think drinking these two beers back to back pretty much obliterated my palate, but it was totally worth it, and this was clearly another winner from Cantillon. A-

Not bad for a lowly Saturday afternoon. I’m going to have to find a way to drag myself out of bed earlier next year and maybe snag a bottle. In any case, I was quite happy to try it on tap and as I mentioned, I managed to snag a bottle of something pretty special, so it was a good day, is what I’m saying.