After two weeks in primary fermentation, the 5 gallon batch of saison has been split into two. About 2 gallons has been bottled (yielding a little less than a case), with the other three being racked to secondary and dosed with Brettanomyces Claussenii (WLP645 for the enquiring). 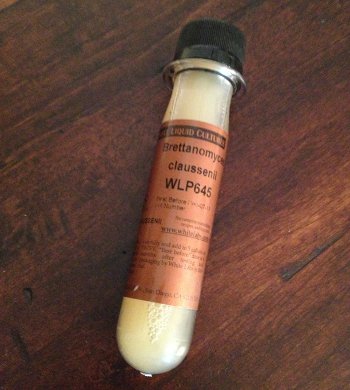 Crossing the Rubicon of funk wasn’t particularly difficult just yet – it basically just consisted of opening the vial of yeast and dumping it in the secondary fermenter. The real test will come in a few months time, when the yeast has had proper time to work its way through the remaining sugars. Or maybe I inadvertently infected my entire house with Brett and will have trouble with all my future batches. The die has been cast, to continue the Rubicon metaphor. 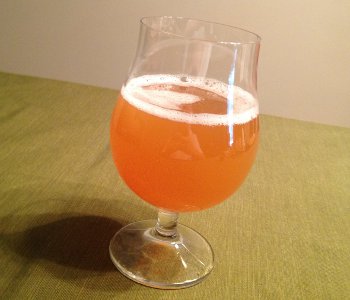 Final Gravity: 6.9 Bx, around 1.007. As usual, my hydrometer gives a slightly lower reading, but we’re still looking at somewhere around 6.8% – 7.2% ABV, which is a little higher than expected, but still on point. This puts attenuation in the high 80% range, somewhere around 88%. Hopefully, this mean there’s enough residual sugar for the Brett, but not so much that the Brett version will be dominated by that character.

In the meantime, I’ll have some non-funky saison to keep me busy (though I’ll clearly want to save enough to do a side-by-side comparison once the Kaedrôme rises). I’m debating what to do with my next batch. Being the dead of summer limits options a bit. Saisons are great because they can ferment out at 70+ degrees with no real ill effects. But, you know, I just made one. I really want to make a hoppy red ale of some kind, and an imperial stout too. In both cases, I’d like a somewhat lower ambient temperature than will be possible during summer (and the bathtub trick is out because I’m redoing my bathrooms, though perhaps I could do something in a smaller container). And I’m going to want to do this split batch trick as well, dry hopping (for the red) and oak aging (for the stout) half the batches. Perhaps I’ll just make it a busy fall.

2 thoughts on “Adventures in Brewing – Bringing the Funk”