So the Wrong Turn movies kinda suck. They’re like a second-rate The Hills Have Eyes, which is, in itself, a third rate imitation of The Texas Chain Saw Massacre. Oh, and the second movie? It stars Henry Rollins. Somehow, all of this is ok.

Beerwise, things were a little better. I picked up both of Victory’s wheat beer offerings. Thematically, wheat beers don’t really match with bad horror, but being able to say “Wrong Turn Wheat” was good enough for me. 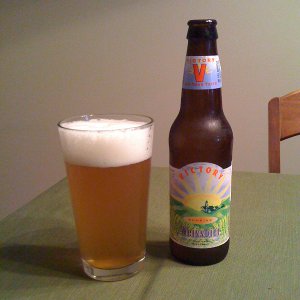 Victory Sunrise Weissbier – Pours a cloudy golden color with lots of white head. Nose is typical hefeweizen banana and clove. Taste is also quite straightforward, but well crafted. Light bodied, crisp and refreshing. I have to admit, I was expecting a bit more out of this. A solid example of the style, but not a front-runner. B- 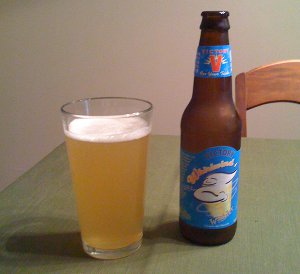 Victory Whirlwind Wit – Pours a cloudy yellow color with a finger of white head. Smell is full of light spices and wheat. Taste is also quite spicy, anchored by a strong wheat flavor. Again, light bodied, crisp and refreshing. This one’s more complex and interesting than the Sunrise, and it’s tastier too! Ultimately not a face-melter, but very well balanced and one of my favorites in the style. It hits the spot on a hot day, or, as now, after a long day at work. B+

I tend to like German-style wheat beers more than Belgian-style varieties, but of these two Victory varieties, I have to go with the Belgian Wit.