This weekend’s double feature was a pair of Australian crime flicks: Animal Kingdom and Red Hill. Both are good and well worth a watch, though for different reasons. Animal Kingdom is a better made film, perhaps more realistic, though also a bit too deliberate in its pacing. Excellent performance by Jacki Weaver as the Matriarch of a family of bank robbers (who happen to be in a feud with overzealous coppers). Also notable for featuring a teenager that actually acts like a teenager (i.e. he’s generally an idiot) and not a precocious mastermind who outsmarts everyone. Again, good movie, maybe moving a bit too slow. Also covers some unpleasant subject matter. Red Hill, by comparison, moves quicker and features quite the badass villain (would have certainly given the other nominees a run for their money in my movie awards). The only recognizable star in the movie is Ryan Kwanten, who you might recognize from True Blood. He’s not as moronic in this role as a cop who moves out to a small town, only to find it under siege from an escaped prisoner. Things proceed in a somewhat cliched manner, but again, well worth a watch.

On the beer side of things, I threw back a few stouts, starting with one I’ve been meaning to drink for a while: 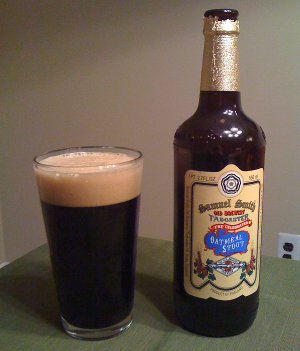 Samuel Smith’s Oatmeal Stout – Pours an opaque black color with a medium beige head that leaves lots of lacing as I drink. It doesn’t appear to be as thick as some of the other stouts I’ve been having recently. Smells bready and roasty. That roastiness comes out in the taste as well. It’s got a smooth, medium body with just the right amount of carbonation. It’s perhaps not as complex as some of the other stuff I’ve been having lately, but it’s very well balanced and something you could drink all night. B+

From there, I kicked things up a notch with one of Weyerbacher’s “big” beers: 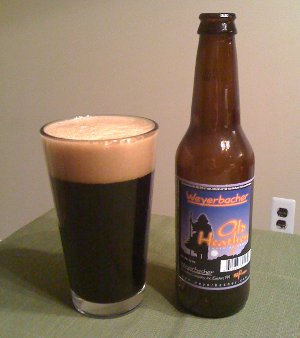 Weyerbacher Old Heathen Imperial Stout – It’s perhaps a bit unfair to compare a standard style with an imperial style beer, but this is what I had in my fridge. It also pours an opaque black color with a bit of a darker head than the Sam Smith. Lacing too, but not as much. The nose is full of roastiness, as is the taste. There’s more of a chocolateyness to the taste, both in terms of sweetness and bitterness. As expected, it’s a bit more intense than the Sam Smith, and it’s got a fuller body and heavier feel (even the appearance of the pour makes this beer look thicker). More intense and more complex, but perhaps not quite as well balanced. A well crafted beer nonetheless and well worth a try, even for stout amateurs like me. B+

I think I’m beginning to get the hang of the stout style. I’ve never really been a big fan, but I’m starting to see why everyone seems to like them so much, even if it’s still not my favorite style. I’ve got several more sitting on my shelf or in my fridge, so expect some more reviews soon.