A few years ago, after Operation Cheddar III: Cheddar Harder and in the midst of Operation Chowder, I had a sorta lager revelation. After overdosing on hops for a week, I sat down to a Pivovar Kout Koutská 12° Dvanáctka, the best pilsner I’ve ever had in my life. It turned out to be just what I needed at the time, and after years of giving lagers short shrift, I vowed to give them more of a chance. And I was pretty good about it for a while! I still don’t post about them often and truth be told, many don’t exactly stand out, but I do really enjoy the whole “palate reset” I often get when hitting up a clean, crisp lager or even something a little more wacky, like Hill Farmstead’s experimental oak-aged pilsner Poetica (from the most recent Operation Cheddar).

Many breweries try their hand at a lager now and again, but few seem to actually specialize in them. Vermont’s Von Trapp Brewery is one of the few that do. Yes, this is the same Von Trapp family that inspired The Sound of Music, and the brewery is meant to produce an American version of the lagers they loved so much from their Austrian homeland. Even Admiral Ackbar approves: 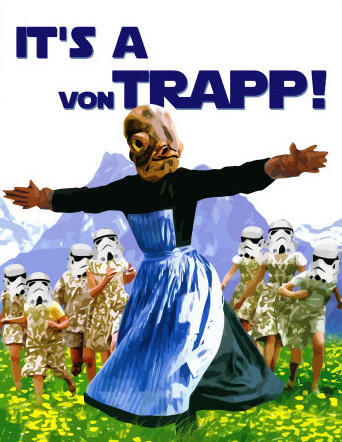 On the most recent Operation Cheddar, I finally nabbed a couple bottles of the stuff to see what all the fuss was about. I loved one of them and while perhaps less taken with the other, it’d still fill the palate cleanse role I enjoy from lagers. The hills are alive with the sound of lager: 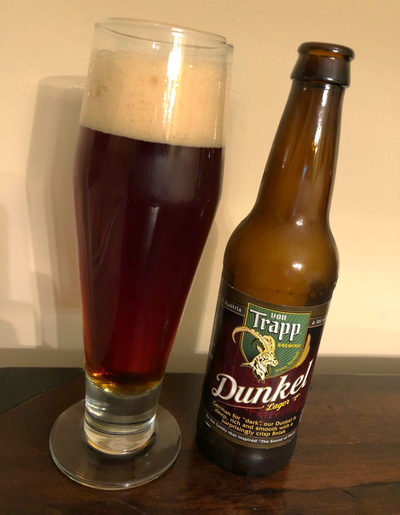 Von Trapp Dunkel Lager – Pours a clear, dark amber color, mahogany, with a couple fingers of light tan head. Smells nice, biscuity, toasted malt, some earthy, spicy hops. Taste has that nice crystal malt backbone, some toasty notes, finishing crisp and clean with some noble hops kicking in. Mouthfeel is medium bodied, just a hint of richness (i.e. this ain’t no barrel aged monster, but it’s got a nice malt backbone that will stand up to pairing with relatively strong dishes), well carbonated, crisp and clean. Overall, this is a really nice beer, and pairs well with grilled foodstuffs. B+ 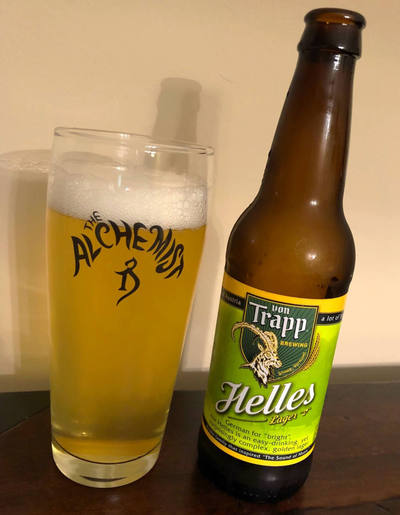 Von Trapp Golden Helles Lager – Pours a very pale, mostly clear, bright straw yellow color with a couple fingers of fizzy white head. Smells earthy and grassy, noble hops. Taste has a very light crackery sweetness with a minimal hop kick. Mouthfeel is light, crisp, and clean, well carbonated. Overall, this is a good lawnmower beer and a well executed lager, but it’s not doing a whole lot for me. I’m not sure it’s really supposed to do a lot, really, and that has its place for sure. B-

So there you have it. Certainly worthy of a look if you’re in VT and overdosing on hops (which, if you’re in VT, is likely). Trust me, a good lager like this will reset your palate and allow you to enjoy those heavy-handed DIPAs all the more. Stay tuned, I’ve got another pilsner review coming (and that one is a really good one too!)