Also, a true fight would be to produce two different beers, highlighting each cherry separately… then, like, I dunno, smashing the bottles together and reading shards of broken glass like tea leaves in order to proclaim a victor. Or maybe just be boring and do a double-blind taste test or something; clearly an inferior option (no gnarly broken glass!), I don’t know why I even mentioned it. Um, yeah, anyway what we’ve got here is an even blend of cherry varieties added to one of Jester King’s oak-aged farmhouse ales. So let’s get with some hot cherry on cherry action: 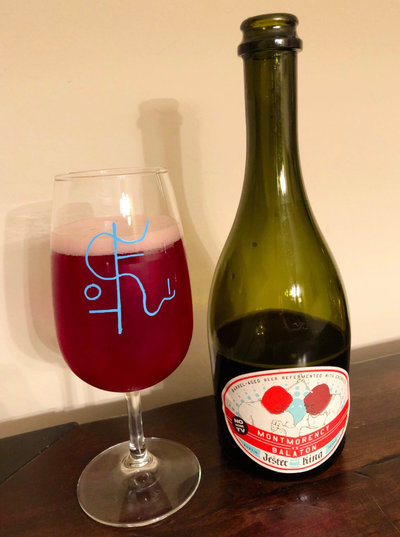 Jester King Montmorency vs. Balaton – Pours a pinkish red color, so many robey tonez, a finger or two of light pink head. Smells great, lots of cherries, a bit of funk. Taste is sweet, tart cherries, some funky earthiness, finishing with a sour punch. Mouthfeel is well carbonated, medium bodied, and moderately acidic. Overall, it’s a really good cherry beer, near the top tier but not quite hitting the level of best lambics, etc… A-

Jester King remains generally pretty solid, but the competition in the farmhouse ale arena is pretty fierce and they’re pretty comparable to local purveyors of such things…