I’m sometimes a boring creature of habit, so of course I’ve already explained that an alternate route to my annual vacation in upstate New York exists, and on that route lies a few great breweries, such as Suarez Family Brewery. 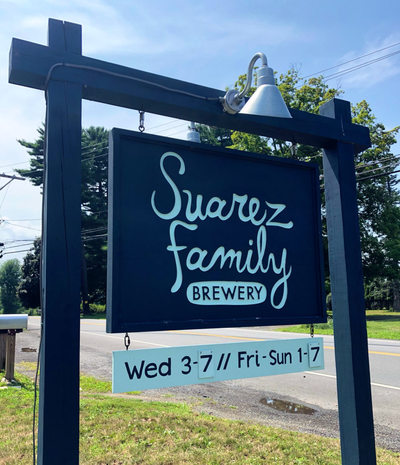 I stopped there last year and was quite impressed with their offerings (and thanks to the generosity of fellow beer nerds, I’ve had the opportunity to try a few other beers from them as well), so it was obviously on the agenda for this year’s trip. Again, boring creature of habit here folks. Fortunately, the beer itself isn’t boring at all! 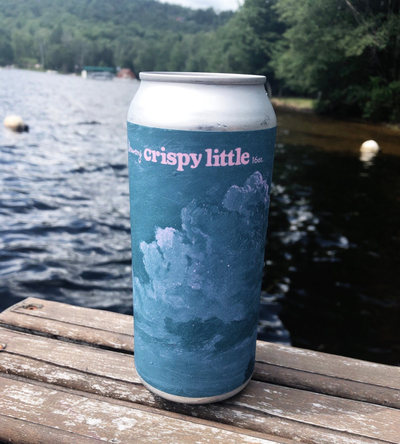 Suarez Family Brewery Crispy Little – One of the interesting things about Suarez is that the grand majority of their beers are below 6% ABV and many are below 5% ABV. For Pilsners and Saisons, that’s not that big of a deal, but for pale ales, it kinda is. I mean, sure, lots of breweries have a low ABV pale ale, but they also have IPAs or DIPAs – not so for Suarez. Only low ABV hoppy stuffs. I was really looking forward to trying one of their pale ales, and my first taste didn’t disappoint… but then I stuck it in the fridge of the rental, which was apparently cranked up too high, so my cans essentially froze. Not to the point of deforming the can, but enough to essentially ruin future tastings. So these notes are mostly from my initial taste… Drank from the can, so I don’t know what it looks like, but imma guess pale, slightly hazy, yellowish. Smell is a burst of citrus and ripe fruit hops (this decreases in intensity as I drink). Tasty has a light sweetness to it, initially that ripe fruit hoppiness is there but that lessens to a more usual citrus/pine combo, very light dankness, balancing bitterness in the finish (not a punishing west coast style bitterness, but not quite the juicy NEIPA either). Mouthfeel is light to medium bodied, well carbonated, crisp (pun intended!), well balanced for such a low alcohol pale ale (or session ipa or whatever you call this – they sometimes feel like diet ipa, but not in this case), and quaffable. Overall, it’s very nice. Due to the weird icing issues, my rating is provisional, so let’s say, B or B+… but on the other hand, it was perfect for day drinking on the lake… 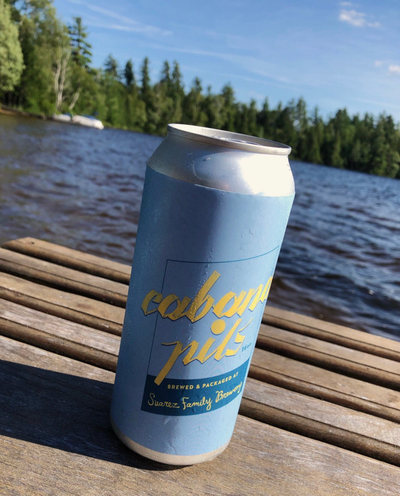 Suarez Family Brewery Cabana Pils – Another interesting thing about Suarez is that one of their primary focuses is on Pilsners. Not a style that you expect to see a ton of variants of (at least, from a single brewery), but this marks the third different Pilsner that I’ve had from them. Palatine Pils is your standard German Style Pilsner, Qualify Pils is a more “hop-accented” version, and here we have Cabana Pils, a Pilsner that incorporates wheat malt into the mix. Due to the accidental refrigeration incident mentioned above, this Pils ended up being my primary go-to beer for the week, and you know what? It’s a damn good beer to drink whilst sitting lakeside. Pours a clear, very pale straw yellow color with a finger of head. Smells of bready wheat, grassy hops, a little earthy. Taste hits that earthy, bready wheat note, then you’ve got grassy, floral hops. Mouthfeel is light bodied, crisp, and clean, reasonably well carbed, quaffable. Overall, yup, Suarez has made another great pils. A- 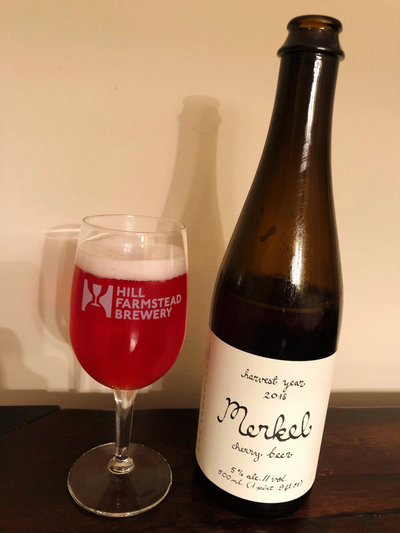 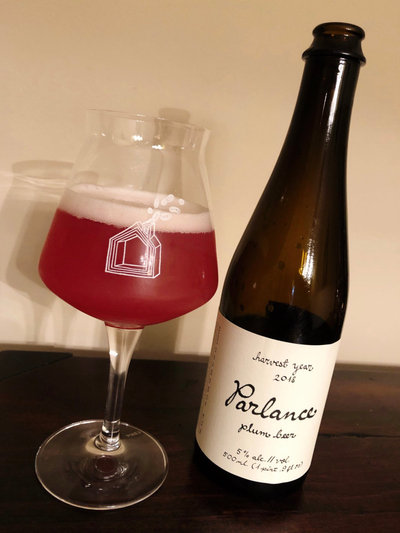 Suarez Family Brewery Parlance – Oak ripened country beer of mixed fermentation, rested upon whole Japanese plums for a good long while (I’m assuming the same base as Merkel, with different fruit)… Pours a pinkish hued orange color with a finger of off-white, barely pink head. Smells fabulous, tons of plums, oak, and funk, none of the fruit-by-the-foot notes. Taste starts sweet, hits the plums and dark fruit, a more pronounced sour note with more oak presenting as well (as compared to Merkel). Mouthfeel is medium bodied, well carbonated, moderate acidity. Overall, this is better than the cherry for sure, and a damn fine beer. A- 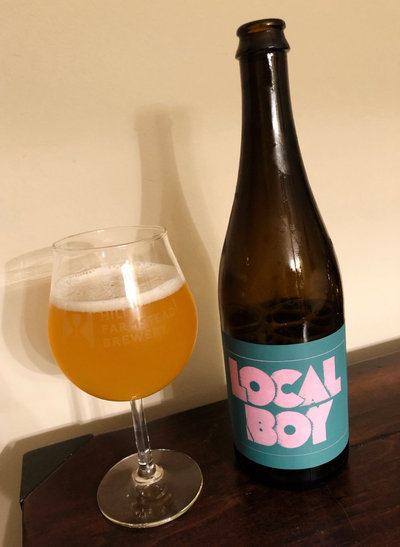 Suarez Family Brewery Local Boy – Simple country beer brewed with all New York grown barley and hops (hence the name of the beer), fermented with a mixed culture and ripened in oak casks… Pours a slightly hazy golden color with a solid finger of fluffy white head that has good retention and leaves a bit of lacing as I drink. Smells of lemon and pepper with some earthy farmhouse aromas and even some floral notes packed in for good measure, maybe a hint of that oak too. Taste is sweet and spicy up front, more of a yeasty pepper than you normally get out of HF/Suarez saisons (not a complaint, but it is notably distinct), the funk pitching in after that, some restrained oak character with a light lemony tartness in the finish. Mouthfeel is well carbed but tight, medium bodied, crisp, with a low acidity (though it has a small kick). Overall, probably the most distinct saison I’ve had from Suarez, but just as good as any the others. A-

So there you have it. Barring user error like accidentally freezing the beer, these guys are batting 1.000 in my league.