Today we tackle another of Cycle’s trademark barrel-aged stouts, a “Vanilla Barrel Aged Imperial Stout on Vanilla Beans” that’s part of their annual Roadtrip Series. Not sure what constitutes the roadtrip, but the five beers in the series depict what appears to be a twisting and winding road on their labels and would you look at that? 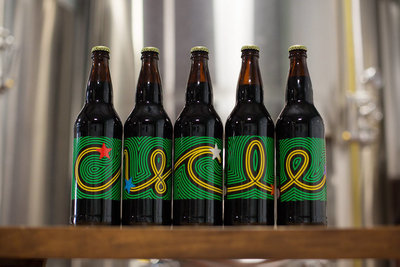 I see what they did there. I am, of course, only covering the first one and it’s pretty straightforward, but others in the series add in other ingredients like cacao nibs, cinnamon, peppers, maple barrels, coffee, almonds, and coconut. I suspect my inner curmudgeon would prefer the simplest of these (plus, that guy loves vanilla), but I’ve had enough of Cycle’s beers to know that they’re probably all great. Let’s burn some rubber on this Fresh Blacktop though: 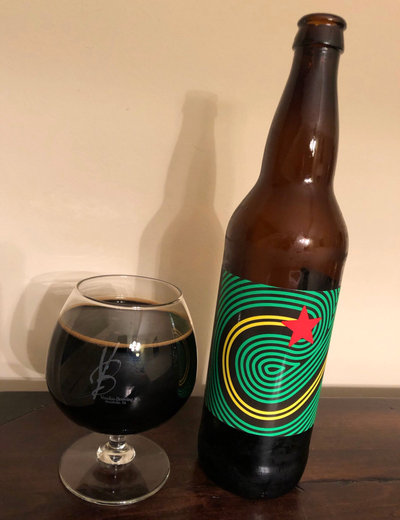 Cycle Roadtrip 2018 Fresh Blacktop – Pours black as night with just a bare cap of light brown head that quickly dissipates. Smells great, tons of vanilla, caramel, a little bourbon and oak, but the vanilla is the true star. Taste starts with rich caramel, that vanilla kicks in, and a light bourbon and oak character hits towards the finish, which isn’t as boozy as you’d expect. Mouthfeel is full bodied, rich, and chewy, moderate but appropriate carbonation, a little booze. Overall, it’s fantastic. A-

I also shared the most recent iteration of Cycle’s Monday (part of their Weekday series), which seems very similar to this beer, but also incorporating honey and aged in maple bourbon barrels (it was pretty great stuff, perhaps a little less focused on the vanilla). I expect we’ll see more from Cycle on these pages soon enough (though nothing in the direct pipeline)…