Every year, on the day before Thanksgiving, Victory has some sort of beer release. They hath dubbed the day Dark Wednesday, and past offerings include the likes of Dark Intrigue, Java Cask, and Java Cask Rye. This year’s primary offering was Wisdom’s Hour, a dark sour, but they were also teasing another “mystery” beer that wasn’t really a mystery because it sorta already came out during the summer that they were making another batch of Java Cask Rye, but with added vanilla beans. As per usual, Victory’s releases tend to be pretty low-stress affairs, so even though I was battling a cold at the time, I managed to pop over and secure a couple bottles without notably impacting my condition… Anywho, Victory is one of my long time favorite local breweries, so I’m always excited to see them trying new things from time to time. Let’s get on with it: 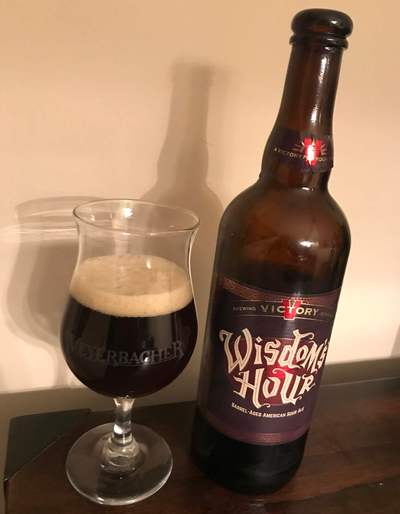 Victory Wisdom’s Hour – Pours a dark amber color with a finger of off white head. Smells of dark fruit, oak, vinegar, vanilla. Taste has some darker malt sort of notes, not exactly roasty, some dark fruit, spice, oak, and vinegar, only moderately sour. Mouthfeel is medium bodied, well carbonated, moderate acidity, pretty easy going. Overall, it’s a nice little sour, not going to light anything on fire, but worthwhile. It may be on the lower end of the B+ rating, but I’m feeling generous enough. 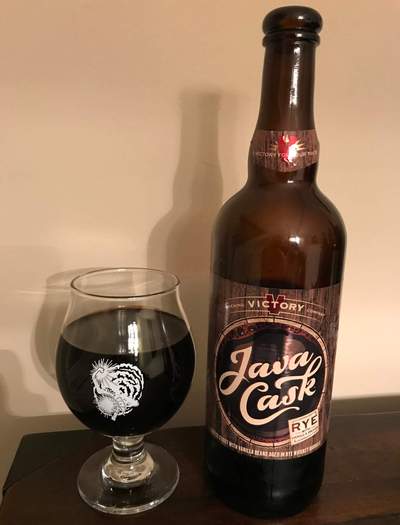 Victory Java Cask Rye with Vanilla Beans – Pours a jet black color with almost no head whatsoever (and what’s there disappears quickly). Smells of coffee, with a little bit of booze and hints of that vanilla evident. Taste starts with some rich caramel, lots of booze, oak, and a little vanilla, with the coffee only emerging in the middle and not super strong either. Mouthfeel is rich and despite the appearance, actually pretty well carbonated, lots of warming booze. Overall, it’s pretty darned good, but I have a feeling coffee fans would be a touch disappointed, but as someone ambivalent to coffee, I think I liked this more. It’s definitely not the non-coffeed version of my dreams, but it’s darned good. A-

As per usual, Victory remains a local go to, and it looks like they have another batch of Red coming soon, which was phenomenal last year…