Every summer, I find myself vacationing in Ocean City, Maryland. I’m not one of those people who go to the beach every weekend (I don’t like sand. It’s coarse and rough and irritating and it gets everywhere. /Vader), but I enjoy it every once in a while, and it’s a way to get out of my Philly rut in many ways. Including beer! A couple of years ago I discovered Burley Oak Brewing, just a hop and a skip away in Berlin, MD, and it just so happened that this year’s OCMD trip perfectly coincided with a can release of four different beers.

Such releases come in many flavors. There are infamous national attractions, like Dark Lord day, that are more like festivals, but the grand majority of releases at most breweries tend to be relatively mellow affairs. You maybe go a little early and wait in line, but often even that level of committment isn’t needed. Then there is a kooky tier of relatively small breweries that nevertheless generate an insane demand. Local Kaedrin favorite Tired Hands falls into that category, and while their releases have calmed down somewhat on the whole, they still get insane for certain beers (notably Milkshake variant cans and Parageusia bottles). There are some other PA breweries that generate a lot of angst over releases (i.e. Voodoo, Bullfrog, etc…) but in general, these are the events that make the normals think that beer nerds are degenerates (and, well, they’re not wrong).

All of which is to say, I was expecting something akin to a low-level Tired Hands release for this Burley Oak event (i.e. people in line, but nothing bonkers). A friend cautioned me to get there two hours early, which was certainly a surprise for me. I’ve had a bunch of Burley Oak beer in the past, but with all due respect, nothing that warranted this sort of crazy. Then again, a big release of popular beers on a holiday weekend is just asking for trouble. Fortunately, the timing of my independently planned departure from OCMD perfectly aligned with that recommendation, so that’s what ended up happening. And I’m glad it did, because that line got all kinds of stupid as time went on (it basically encircled the entire brewery and parking lot). Let’s dive in: 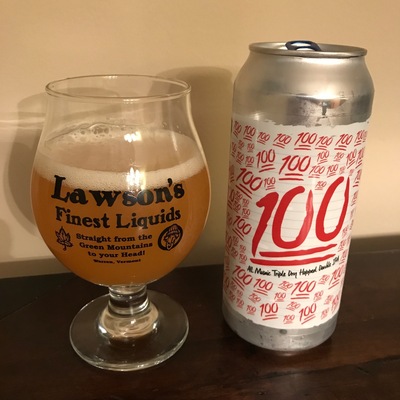 Burley Oak 100 – Double IPA tripple dry-hopped with Mosaic and named after an emoticon? My kinda stupid. – Pours a murky golden yellow color with a finger of white, dense head. Smells nice, lots of tropical fruit, mangoes, pineapple, and the like. Taste follows the nose, lots of tropical fruit, juicy citrus stuff, mild finish. Mouthfeel is medium bodied, well but tightly carbonated. Overall, this is the best Burley Oak IPA I’ve had, it compares favorably to the typical NEIPA purveyors, worth waiting in line. And I’ve had a couple more of these over the past couple of weeks and damn, it’s only grown in my estimation. A 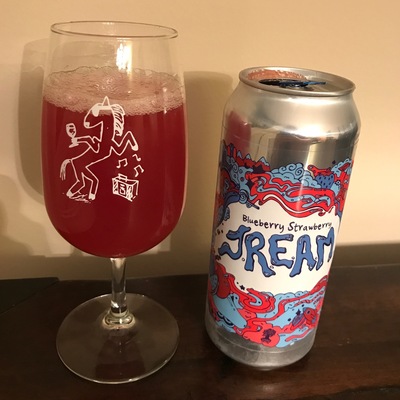 Burley Oak Blueberry Strawberry J.R.E.A.M. – Sour ale with lactose conditioned on blueberries and strawberries. Incidentally, the acronym stands for “Juice Rules Everything Around Me”, just in case you were wondering. – Pours a cloudy but bright, almost luminous maroon color with a finger of bubbly head that doesn’t last long. Smells of bright citrus and a little Berliner-like twang. Taste is very sweet, those strawberries an blueberries coming through in a sorta generic jammy way (not sure I’d pick them both blind, but I might get one), a nice lactic tartness pervades, especially in the finish. Mouthfeel is medium to full bodied, well carbonated, moderate to high acidity, but nothing untoward. Overall, a nice little tart ale here, though it kinda begs for oak. B 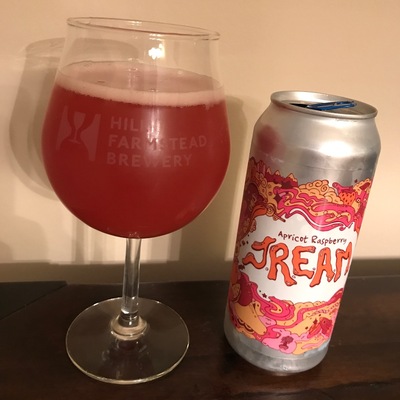 Burley Oak Apricot Raspberry J.R.E.A.M. – Sour ale with lactose conditioned on apricots and raspberries. – Pours a cloudy but bright reddish orange color with a finger of quickly dissipating head. Smells more of raspberry than apricot, jammy, a little of that lactic funk. Taste hits that raspberry pretty hard (with hints of apricot, but again, I doubt I’d be able to place that blind), very sweet, jammy, with a little less sourness, though it’s still pretty puckering. Mouthfeel is rich, medium to full bodied, well carbonated, less acid than the other variant, but still moderate to high. Overall, I like this better than the blueberry/strawberry, but it still sorta begs for some oak to leaven things a little. B+ 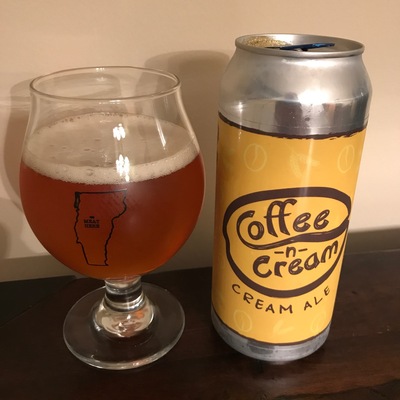 Burley Oak Coffee N’ Cream – Cream ale with Burley Oak’s house made cold brew coffee. Hey look, this is apparently the first time I’ve written about a cream ale. Score? – Pours a clear golden color with a finger of white head. Smells strongly of roast coffee and not much else. Taste hits that coffee flavor pretty hard too, an underlying sweetness peeks out a bit too. Mouthfeel is medium bodied, well carbonated, and easy to drink. Overall, this is not a beer for coffee-ambivalents like myself, but if you do like coffee, you may enjoy. For me, I’ll give it a C+ because I’m the worst.

So there you have it. I probably won’t be going to far out of my way for these releases, but there is that annual trip to OCMD, so there’s always a chance!