The Session, a.k.a. Beer Blogging Friday, is an opportunity once a month for beer bloggers from around the world to get together and write from their own unique perspective on a single topic. Each month, a different beer blogger hosts the Session, chooses a topic and creates a round-up listing all of the participants, along with a short pithy critique of each entry. You can find more information on The Session on Brookston Beer Bulletin.

This time around, Josh Weikert wants to know: Is the Internet Helping or Hurting Craft Beer? He suggests a list of topics which I’ll just use as a template. In short, technology and the internet is a double edged sword and any discussion of such is bound to resolve into a series of tradeoffs. Human beings don’t so much solve problems as they exchange one set of problems for another in the hopes that the new set is more favorable than the old. I suspect you’ll see such tradeoffs play a role in each topic below.

Marketing beer in the internet age

Social media has to be a boon to a small brewery operation, allowing breweries to connect with drinkers and advertise new offerings or events with relative ease and on the cheap. On the other hand, beer nerds are fickle and marketing can rub people the wrong way, especially when it gets gimmicky. It’s great to be connected to the community, but it can be difficult to be on the receiving end of a barrage of criticism due to a trivial mistake (let alone a geniune mishap). As long as you’re willing to engage and get better, this usually works out, but it can be difficult.

The astounding influence of beer bloggers to make or break breweries (just kidding, but seriously, what’s the effect of all of this quasi-journalistic beer commentary on the drinking and brewing public?)

With the dozens of readers I have (dozens, I tell you!), my influence is certainly formidable and I sometimes struggle with the power I have to make or break a brewery. In the words of Ben Parker, “with great power comes great responsibility.” On the other hand, I’m pretty sure about half of my visitors are bots and search engines, so there is that. Obviously, I’m joking here (uh, not about the visitors, sadly), but the idea of quasi-journalistic beer commentary being done at the grassroots level clearly has some influence on our community.

How are beer reviews (expert and mass-market) affecting what gets brewed and drank?

As someone who reviews a lot of beer and has dozens (dozens!) of readers, I feel confident in saying that beer reviews have a low impact. Personally, I find a lot more benefit in actually writing a review than I do in reading others. Trying to put into words what I smell/taste/feel about a beer has been a good learning experience for me, but that doesn’t exactly make it very interesting to read (especially if you’ve never had the beer in question before). On the other hand, grappling with this sort of thing does make it a little easier to decode other reviews, cut through the flowery or absurd descriptors, see mistakes for what they are, and get a pretty good idea of what you’ll get from a beer. Since this post is turning into a wall of text, let’s do a quickie: 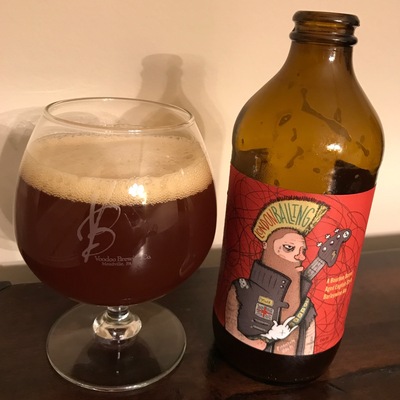 Aggregate beer ratings are another matter and probably do probably have a moderate impact and give a nice at-a-glance overview of the general feeling of the community. It’s most useful at the extremes (i.e. high number of ratings along with a very low or very high score) and obviously there are other caveats that must be considered (locals tend to be more forgiving, rarity has more of an impact than it probably should, etc…), but it can be a useful way to get a quick read on a beer, even if it shouldn’t be your absolute guidance.

Are beer apps for tracking and rating overly-“gamifying” beer (or does that make drinkers more adventurous)?

Tickers gonna tick, as evidenced by the fact that they were doing so well before Untappd and other similar apps. Those outliers aside, while I think that a lot of people do patronize beer tracking apps and while they may flirt with the gamification aspects of those apps, I think their usage ultimately boils down to a pragmatic desire: in a world with 5300 breweries in the US alone, I want to know if I’ve had something before or not. I suspect this drives app usage more than badges or other gamification elements. I’m sure I went a little out of my way for certain badges back when I first downloaded Untappd, but I can’t think of any time in the past 4 or 5 years that I did so…

Just how fast do aleholes on message boards and elsewhere turn off prospective craft beer enthusiasts?

This is a tricky one. I suspect these “aleholes” impact craft beer adoption less than they impact those specific message boards (or Facebook groups or whatever). Every community is different, but honestly I feel like the more mainstream ones are more of a turnoff because the folks on them aren’t used to the tenor of interacting online.

The internet is a low-trust environment. But I’ve been around long enough to see different waves of people adjust to this state. When I was first online (early 1990s), no one trusted anyone, everyone was using pseudonyms, there were warnings galore about dangerous predators and the like. With each successive leap that the internet makes, there is an influx of people that just don’t get it yet. BBS users went through this a bit. AOL and email caused a few of these in the early days too. Widespread broadband caused some of it. Message boards and blogs went through their own growing pains.

Nowadays, a lot of this is driven by social media. We’ve gotten great at breaking down barriers to entry and there’s been this push towards using “real names” and verified users in the past decade as well. All of this means that there are lots of people who aren’t used to having their statements scrutinized or haven’t encountered a really good troll (as in, like, effectiveness, not “good” as in a moral statement, obvs) before. It doesn’t help that a lot of platforms encourage lower wordcounts, which provides lots of opportunity for misinterpretation. Twitter is especially bad at this sort of thing.

I think TalkBeer, BeerAdvocate, and RateBeer all strike a decent enough balance. But I belong to a few groups on Facebook that are orders of magnitude larger than those specialized communities, and the tenor there, while mostly positive, can spiral out of control when someone has a meltdown (a recent example involved people who, for some ungodly reason, love to post chugging videos. It evolved into this weird callout culture that started to really rankle other members, and one dude in particular started harassing people, which then escalated. Eventually, he was kicked out and started his own chugging group that is super exclusive and I guess more power to him, but it didn’t need to be anywhere near as acrimonious as it was.) Also, you know, fake news.

Time will pass, people will identify some of these issues as damage and find ways to route around them. It’s happened before and it will happen again. This goes for pretty much all of the preceding questions, actually. As mentioned above, we never really solve problems. We just exchange one set for another. Funnily enough, what didn’t work in the past might work now, and vice versa. The internet is a living platform, there’s no one answer.

* Detailed review to demonstrate how awful tasting notes are:

Against The Grain London Balling – Pours a cloudy brown color with amber highlights and a solid finger of off-white head. Smells of rich malt, some citrus, vanilla and oak. Taste starts off sweet, rich caramel, with a light bourbon, oak, and vanilla character emerging in middle with a boozy finish. Supposed to be aged in Angel’s Envy barrels, and the bourbon character is certainly there, but not super heavy. Mouthfeel is highly carbonated, surprisingly so, almost effervescent, not enough to completely sink it, but enough to bring it down a grade. Medium to full bodied, and a little boozy heat. Overall, it’s really quite solid, but that carbonation is a bit too much. B+