Aslin Beer Co. is part of the burgeoning Virginia beer scene and has made waves with their Northeast IPAs. I had initially thought that the brewery’s name came from the owners’ obsession with C. S. Lewis, but no, that’s Aslan that I was thinking of, not Aslin. It turns out that the three owners are all brothers-in-law, married to three sisters that feature the maiden name of Aslin. That’s some mighty fine flattery right there, but I still think there might be a portal to Narnia in their brewery somewhere. I shall have to visit and investigate further, but for now, I’ll just check out a couple of their IPAs that a generous friend procured for me: 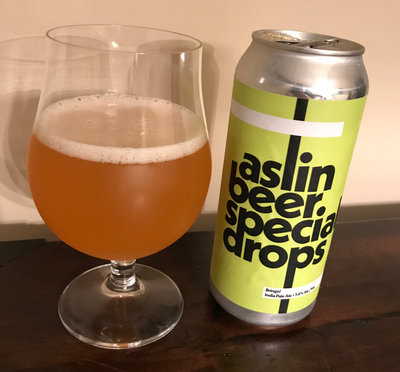 Aslin Special Drops: Bringo! – An IPA made with Rosemary and a hint of Vanilla. Pours a slightly hazy, pale golden orange color with a finger of white head, good retention, and a little lacing as I drink. Smells nice, lots of floral and citrus notes, maybe something herbal (update: apparently rosemary). Taste has more citrus than the nose, juicy fruit like oranges, maybe a touch of vanilla, finishing with a bitter little bite. As it warms, the vanilla comes out more, and you get that orange creamsicle character everyone seems to be chasing these days, but in a subtle and thus not as gimmicky way. Mouthfeel is well carbonated, light to medium bodied, with an almost dry finish. Overall, this is really quite good. B+ 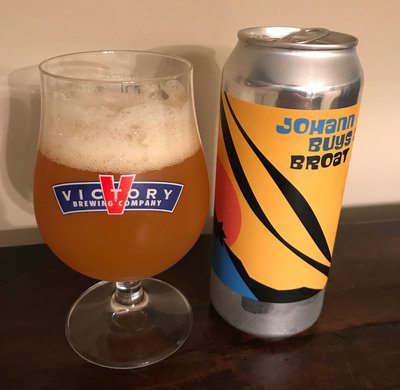 Aslin Johann Buys a Broat – Double IPA with Pineapple and Mandarin Orange. Can wasn’t quite a gusher, but huge amounts of head billowed up upon pouring, a little darker orange color, with several fingers of off-white head. Smells nice, lots of citrus hops, juicy NE character, orange juice, a little pine. Taste is very sweet, again lots of juicy citrus here, pineapple, oranges, a little vanilla too, some dank pine and light on the bitterness in the finish, but enough to balance things out. Mouthfeel is highly carbonated and this feels less attenuated or dry, medium to full bodied, maybe a touch of warming alcohol. The overcarbonation isn’t terrible at first but over the course of the whole can, the carbonation does present a issue that brings this down a bit. Overall, if they fix the carbonation in future batches, this could be great. For now, let’s say B but it could easily hit A- territory on a future batch…

Certainly worth further investigation. Plus, you know, potential Narnia entrance. Many thanks to fellow BeerNERD Ray for procuring these cans for me.