For centuries, the the Delmarva Peninsula of Maryland has been known for producing bottles of barrel-aged sours that grow on trees. Truly a freak of nature, Maryland’s own Evolution Craft Brewing has exploited that land for their “Hand Picked” series of beers. Straight from the tree!

Alright, fine, they grow fresh fruit on the the Delmarva Peninsula and that just happens to be right by Evolution, who use that in their series of barrel aged beers. I may have gotten some of the continuity wrong, all right? Get off my back. Anyway, I recently spent some time in Ocean City, Maryland, and on the way back to Kaedrin HQ, I met up with some friends and toured a few Maryland breweries. You will most certainly be hearing about them in later posts, but for now, we’ll hit up Evolution. We’re no strangers to their generally well received wares here, and these limited sours seemed worth a flier. 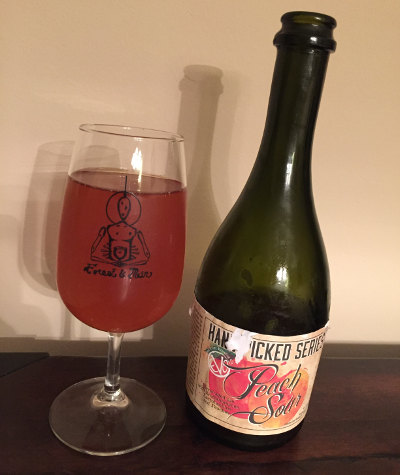 Evolution Hand Picked Series Peach Sour – Pours a dark orange color with half a finger of fizzy, short lived head and visible sediment/floaters. Smells great though, lots of peach and a hefty oak character. Taste starts off sweet, lots of peaches, oak, some light lactic sourness in the finish. Mouthfeel is well carbonated, medium bodied, medium acidity. Overall, this is a rock solid sour, a little one-note, but the peach matches well. B+ 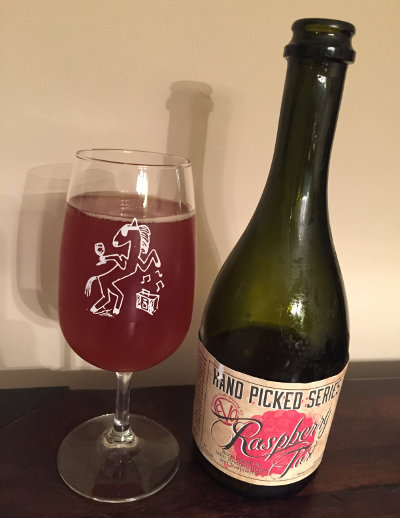 Evolution Hand Picked Series Raspberry Tart – Pours a reddish brown color with a finger of fizzy, short lived head (no sediment/floaters in this one). Smells nice, raspberry fruit rollups dominate, but that oak is there too. Taste seems a little more muddled, much less raspberry than the nose would have you believe, muted oak, not even particularly sour, an almost bitter aftertaste. Mouthfeel is well carbonated, medium bodied, and lightly acidic. Balance seems a bit off here and the raspberry comes off a bit too artificial, but it’s not excessively bad either. Overall, it’s fine, but disappointing and the Peach was a lot better. C+

So yeah, go for the Peach. They’re better than raspberries anyway. Stay tuned for more from the Maryland trip, which should be coming once I finish drinking my way out of all these Vermont IPAs…