One of these days, I’ll have to make my way down to Asheville, North Carolina and check out their brewpub scene, but for now, I’ll have to make due with muled bottles of Wicked Weed. I’ve had good luck with their barrel aged sours, but was really happy to get my grubby little hands on these IPAs. They have a pretty good reputation as a standard West Coast take on the style, which is a nice change of pace for those of us enmeshed in that whole Northeast Milkshake IPA thang. Let’s not waste any more time babbling about this and dive in: 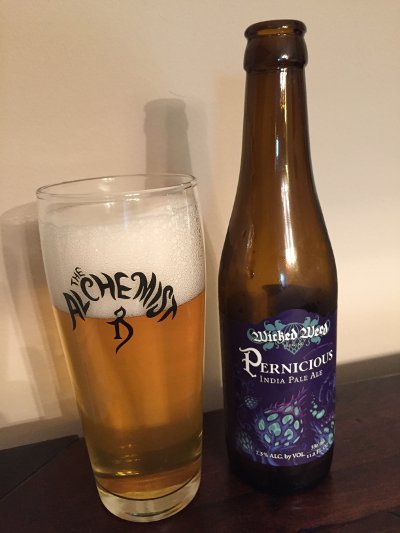 Wicked Weed Pernicious IPA – This appears to be their flagship IPA, lots of hops and minimal malt influence. Pours a crystal clear golden yellow color with a few fingers of fluffy white head. Smells primarily of citrus and floral hops. I feel like I should say more, but that’s pretty much what it is, and it’s great. Taste has a nice light sweetness to it providing an ample platform for those citrusy, floral hops, maybe a bit of pine emerging here too, finishing with a light bitterness. Mouthfeel is light bodied, crisp, and tightly carbonated, making for a nice, quaffable glass. Overall, a rock solid IPA, maybe even above average, but this is a crowded category… B+ 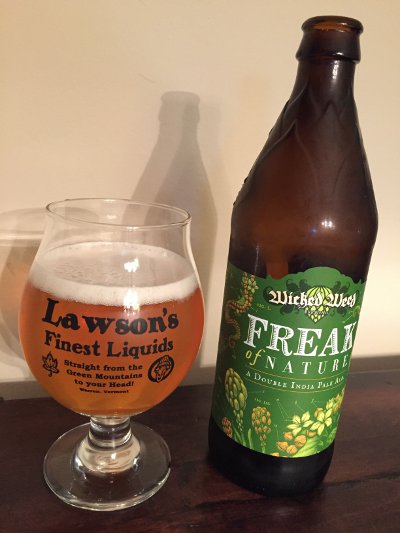 Wicked Weed Freak of Nature Double IPA – They call this a “San Francisco inspired hoppy monster”, but I’m not entirely sure what makes it so other than the West Coast approach. They mention adjunct additions to dry out the beer, so maybe they used Rice-A-Roni. You know, the San Francisco treat? No? Alright, that’s stupid, let’s just get to the beer: Pours a slightly darker, but still clear golden yellow color with a finger of white head. The smell has a sweeter note to it, but the hop profile is similar to Pernicious, lots of citrus and floral aromas, also some pine peeking in. Taste is definitely sweeter, but the hops are more prominent to match, citrus and pine with floral notes. On the other hand, the finish is less bitter. Mouthfeel is definitely a bit heavier, medium bodied, well carbonated, relatively dry. Overall, this is bigger and bolder, but still approachable and tasty. An improvement on Pernicious, but still a B+, but, like, a higher B+

Many thanks to Kaedrin friend Danur for procuring these bottles for me. Will definitely be on the lookout for more from these fellas, and if I ever make my way down to Asheville, I will most certainly be spending time at their establishments…