We’re big fans of Logsdon Farmhouse Ales here at Kaedrin. They really know their Brettanomyces, and produce some of the better funky saisons that are generally available (… where they distribute, at least). They’ve done great things with oak aging and added fruit as well, so it’s time to tackle a session saison. Well, sorta.

Szech ‘n Brett is kinda toned down from their flagship Seizoen Bretta and it’s got added Szechuan spice (I see what they did there) to make up for the shortfall. Kinda. At 6.5% ABV, this isn’t toned down all that much… Now, I’m not a British session zealot, but I’m not an Adam Avery “17% ABV beer is sessionable, your session just ends sooner” type either, so this does feel a bit off. Nothing worth getting in a twist about, but to my mind, if you’re going to go “session”, go all the way. On the other hand, that’s all just kinda marketing fluff, what about the juice? Let’s dive in: 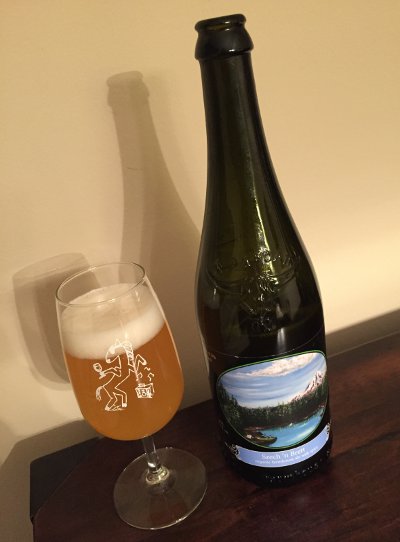 Logsdon Szech ‘n Brett – Pours a very pale, cloudy yellow color with a finger or two of fluffy white head and great retention. Smell has that trademark Logsdon house funk, more fruity than earthy, pears and the like, plus a little spice… um… spicing up the nose. Heh. Taste also hits those juicy pear notes, a little more funky Brett earth that melds pretty well with whatever spice is being brought in here, something peppery (turns out it’s Szechuan pepper), though I don’t know that the spice is necessary. Mouthfeel is lightly bodied, highly carbonated, and effervescent, quite dry but with a little juicy kick in the finish that suits it well. At 6.5%, this is approachable, but not really a session beer. Overall, this is another solid entry from Logsdon. I prefer Seizoen Bretta, but this is certainly a worthy twist on the saison. B+

Always on the lookout for new Logsdon stuff, and they do seem to be slowly expanding their lineup over time, which is nice. I’m sure you’ll be hearing more about them sooner rather than later.