Here at Kaedrin, we pine after Hill Farmstead like Wolverine, and I just got done explaining how I took a day out of my vacation to drive to Vermont and pick up some of their beers. Some of those beers were only available in growlers, which are not vessels to age in your cellar. Fortunately, it’s not like we’re going to slack off when it comes to Hill Farmstead beers, which don’t last long in this household. So let’s get this party started: 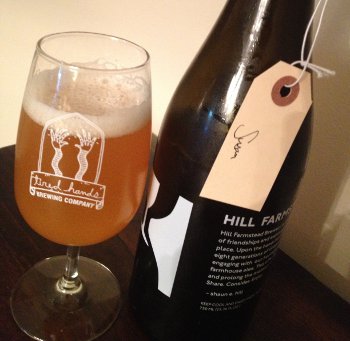 Hill Farmstead Susan – Another in HF’s ancestral series, this is one I hadn’t heard of, so I jumped on it. It’s an IPA brewed with Citra, Simcoe (par for the course, everyone loves these suckers), and Riwaka (I’d never heard of this, apparently a New Zealand varietal) hops. Pours a cloudy golden yellow color with a finger of fluffy white head and lacing out the yin yang. Holy mango nose, Batman! Huge, juicy citrus hops in the nose, grapefruit and mango, just a fantastic aroma here. Taste follows the nose, lots of that juicy citrus hop flavor up front, with a pleasant, well-matched bitterness doing its thing towards the middle to finish, but ultimately the fruity citrus returns in the finish. I’m actually guessing that the Riwaka hops are what’s giving this that unique mango twist that isn’t quite like your typical trendily-hopped beers. Mouthfeel is light bodied, smooth, and almost creamy, well carbonated with tight little bubbles that give it that smooth/creamy texture. Utterly quaffable, my first glass was gone before I finished the first draft of this paragraph. Overall, superb. A 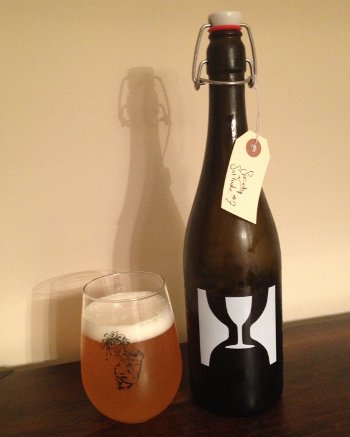 Hill Farmstead Society & Solitude #7 – The latest in HF’s philosophy series of beers inspired by Ralph Waldo Emerson, who was apparently quite the hophead (the Society & Solitude series is all about experimenting with hops). This one is made with Simcoe and Amarillo, music to my tastebuds. Pours a slightly darker golden yellow color with a finger of fluffy white head and lots of lacing. The nose here is much more grapefruit-like, with some floral notes for good measure. Taste is sugary sweet, with those hops balancing it all out and plenty of those floral and grapefruit notes to keep things interesting and tasty. Mouthfeel is a bit heavier, medium bodied, same carbonation profile, ultimately still pretty quaffable for an 8% beer (not quite Heady Topper territory, but close). Overall, this is a delicious hop bomb, though perhaps not quite as spectacular as Susan. A- 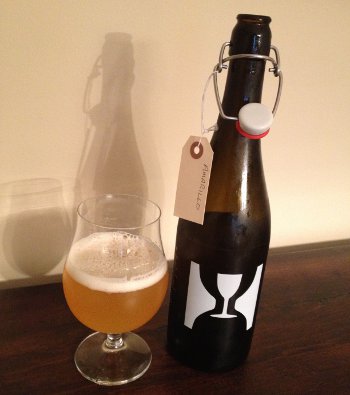 Hill Farmstead Amarillo Single Hop Pale Ale – Another in HF’s series of single hop beers, always an enlightening exercise, though it’s more fun to try them side by side (I was limited to three growlers, otherwise, I would have also picked up the Nelson Sauvin single hop pale ale that was also available). That being said, I pretty much know what I’m in for with Amarillo, which is one of my favorite hops. Pours a yellower golden color with a finger of white head and again with the lacing. Smells of juicy citrus hops, and lots of them. Taste follows suit, lots of bright citrus notes from that Amarillo hop, with a sharp, astringent bitterness towards the finish. Mouthfeel is well carbonated, light, and crisp. Not quite as quaffable as Susan, but perhaps moreso than S&S #7. This reminds me a lot of some of Tired Hands’ Amarillo-based brews, which, uh, is a compliment to both breweries! Overall, yep, it’s awesome. Duh. A-

The growlers held up pretty darn well, I think. The only one that might have really been impacted was the Amarillo, and it was still superb, so whatever. I’m already looking forward to my next irresponsible trip to Vermont to fill up on more HF growlers.