The Veil occupies an interesting space in my beer consumption. I will gladly partake whenever I get a chance, but so far, I am unlikely to make the four hour (one way) trip to Virginia to hit up a release. Of course, I’m also unlikely to make the thirty minute trip to Tired Hands for a release, so that’s the context here. Fortunately, I know people, and through their generosity, I sometimes bag a few cans of this stuff. Last time, we got somewhat uneven results. This time, we’re remarkably consistent, but nothing really melting my face either. A nice mixture of styles though, and it made for a nice weekend of drinking: 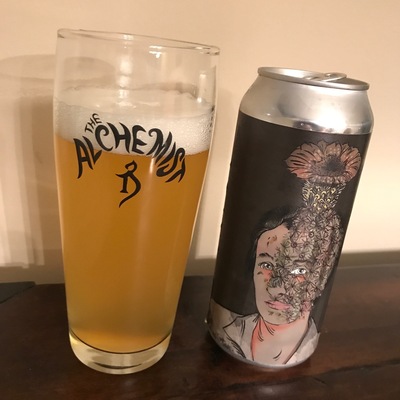 The Veil Coalesce – Czech style Pilsner and someday I’ll be able to tell the difference between Czech and German Pilsners blind, but alas, that day is not today – Pours a slightly hazy golden yellow color with a finger of white, fluffy head. Smells of earthy, spicy, floral hops. Taste hits those same hop notes, spicy, grassy, floral, with a hint of bready malt, finishing clean. Mouthfeel is well carbonated, light bodied, and crisp. Overall, solid little Pilsner that’s a welcome change of pace from all these IPAs I’ve been downing. B+ 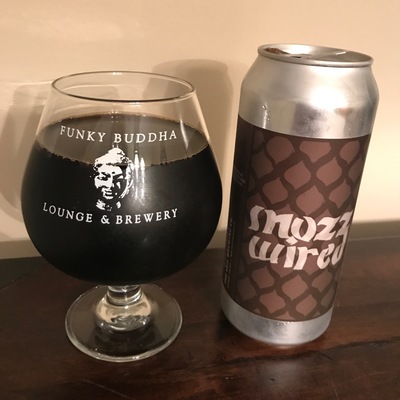 The Veil Snozzwired – This is The Veil’s session chocolate milk stout Snozzwanger conditioned on a bunch of Lamplighter Coffee Roasters espresso – Pours ridiculously dark, one of the blackest beers I’ve seen, with just a cap of brown head that doesn’t stick around long. Smells of deep roast coffee, roasted malt, dark chocolate, did I mention roasty? Taste is, yes, extremely roasty, spent coffee grounds, a little bitterness from that roast, hints of dark chocolate taking a back seat to, you guessed it, roast. Mouthfeel is medium bodied (more than you’d think), well carbonated, relatively dry, doesn’t really drink like a 4.4% ABV beer, but it doesn’t feel like a big imperial bruiser either. Overall, it’s solid, but my general lack of coffee enthusiasm has its downsides. B 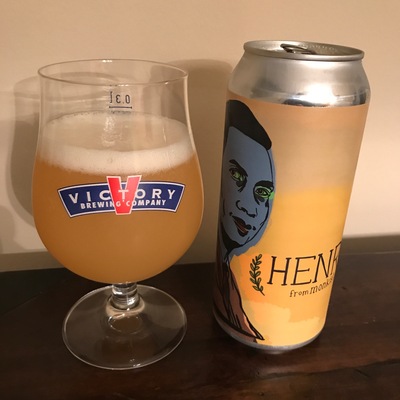 The Veil Henry From Monkish – IPA made with Galaxy and Simcoe in honor of Henry Nguyen of Monkish brewing, who, if this can is any indication, is a frost giant from the Thor movies – Pours a turbid, murky orange yellow color with a solid finger of white, fluffy head that has good retention and leaves some lacing. Smells great, typical NEIPA juicy citrus hops, mango, tropical fruit. Taste again hits those South Pacific citrus hop notes (guessing Galaxy here), lots of mango and tropical fruit, finishing with a bit of a bitter bite. Mouthfeel is low to medium bodied, ample carbonation, relatively dry. Could perhaps use a hint more heft, but otherwise this is overall pretty damn nice! B+ 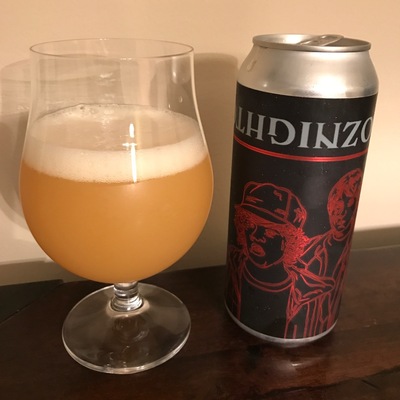 The Veil Broz Night Out – An imperial version of The Veil’s low ABV Citra IPA Broz Day Off – Pours a similar turbid, murky orange yellow color with a finger of white fluffy head, good retention, and some lacing. Smells of sugary sweet citrus, like candied fruit, with some floral notes and maybe even some of that booze. Taste is sweet and citrusy, with plenty of floral hops too, juicy, and a little boozy. Mouthfeel is well carbonated, almost creamy, medium bodied, a little sticky nonetheless, and hints of booze. Overall, rock solid DIPA. I tend to like them with a little less booze, but this is nice. B+

Many thanks to fellow beer nerd Sheik for being a great American and trading me these cans.

Richmond, Virginia’s The Veil Brewing Co. opened it’s doors around six months ago. Brewer Matt Tarpey spent some time at several Northeast breweries, including the likes of The Alchemist and Hill Farmstead, as well as completing an apprenticeship with Jean Van Roy at Cantillon in Belgium. That’s a pretty impressive pedigree. Since they’re just getting started, I imagine their spontaneous fermentation program will take some time to develop, but their IPA game is already turning heads amongst the beer dork community.

The name of the brewery comes from Tarpey’s time in Belgium. He was discussing pellicles, the thin film that forms on top of the beer during spontaneous fermentation, and he noted that “Jean has a lot of friends in Italy that are natural winemakers and he told me that his friends in Italy call pellicles ‘the veil.’ That moment was very special and I just remembered it…”

I managed to get my grubby little biscuit snatchers on four different cans of relatively fresh stuff. No spontaneous fermentation here, but one great IPA, two interesting takes, and one that didn’t work out. So a pretty decent batting average and a promising start. I’m really intrigued to see where these folks go next. 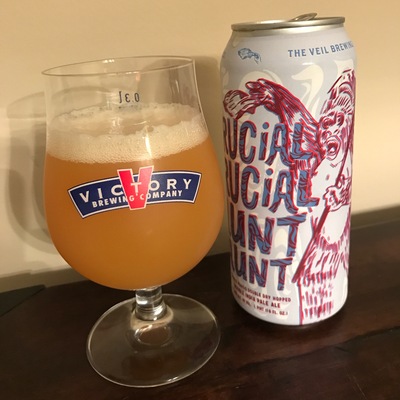 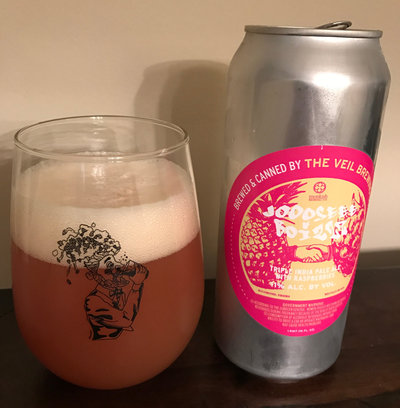 The Veil Joooseee Boizzz – Triple IPA with Raspberries, a collaboration with Monkish (another brewery that I need to become more familiar with) – Pours a milky orange amber color with a couple fingers of off white, almost pink head. Smells of fruity, juicy hops, but also a sorta fruit roll ups or fruit by the foot aroma. Taste follows the nose, lots of citrus hops, ample malt backbone, and some more gummy fruity notes. Sometimes this came off as a sorta artificial feel, as befits fruit roll-ups, but it was still pretty darn tasty. Mouthfeel is full bodied and heavy, well carbed, but certainly a sipper. Overall it’s an interesting and tasty beer, worth checking out. B+ 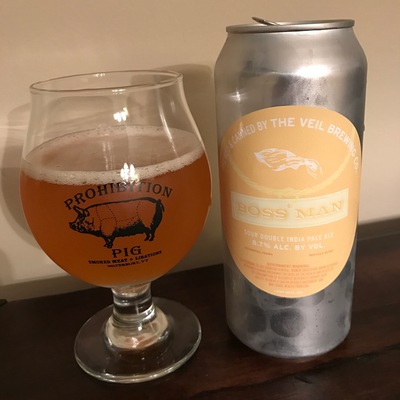 The Veil Boss Man – Sour Double IPA – Pours a golden orange color with a finger of white head that doesn’t last too long. Smells of citrus and some sort of souring twang. Taste is quite sour right from the start, some resinous citrus hops, but mostly dominated by that sourness with a bitter hop note towards the finish. Mouthfeel is medium bodied, well carbonated, and quite acidic. Overall, the notion of sour IPAs always seems to disappoint me. It is well crafted, for sure, but not really my thing. B- 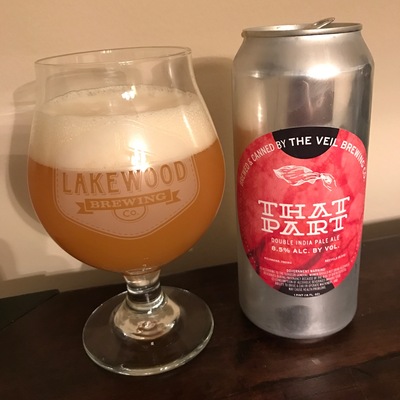 The Veil That Part – Double IPA hopped exclusively with New Zealand Wai-iti hops – Pours a murky golden color with a couple fingers of fluffy head. Smells… odd, almost like bubble gum, but with some strange notes. Hop notes almost absent. Not bad, per say, but certainly not your traditional IPA. Taste is, ugh, not good. Something is wrong with this. Astringent, off flavors, weirdly spicy, and earthy (and not in a good, funky way). I’m guessing it’s a yeast problem and I’m curious if it fared better when it was initially canned… but then, it’s only been a little more than three weeks. Mouthfeel is again kinda weird, medium bodied, well carbed, but again with some sort of strange astringency. Overall, yeah, avoid this one. I may have gotten a bad can or something, but this is really awful. F

Many thanks to fellow beer nerd Nick for making the trip down to Virginia and securing these cans for me. He’s a great American, and I’ll be discussing more of his generous acquisitions later this week as well.