Another orbital cycle has passed, which means its time to take a step back and reflect on where we are and where we’re going. There are always things to dislike about a given year, but rarely do I come down on beer as being one of those things, which is nice, since this is a beer blog and all. So what happened this year?

So it’s been an interesting year in beer. In accordance with the decline in blogging and increase in repeat beers, my top “new to me” beers of the year list is shrinking. This year, I’m only slotting in 25 beers with reviews… though I will have a list of unreviewed beers that I had a shares, etc… Standard disclaimers apply: this is not an all time list, it’s a list of beers I had and reviewed this year, so if you’re favorite isn’t on it, that might just be because I reviewed it in a previous year, or perhaps I haven’t had it at all. Or maybe I had it and hated it and you have bad taste. I’ve also tried to limit brewery appearances so as not to be a list of the 20 best Hill Farmstead beers I’ve had this year. This is a naturally arbitrary exercise, but I always have fun with it and enjoy making lists like this. After all, lists are American! So let’s get on with it. 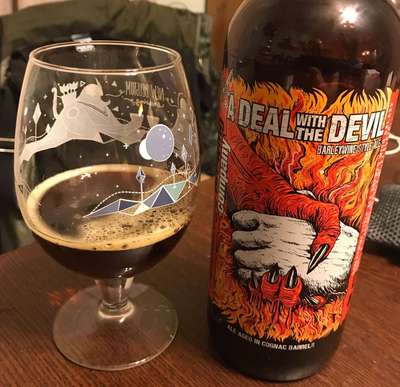 I may need to make some real deals with the devil if I am to land that caliber of beer again. Or, you know, like, try. I could do that. And not risk my immortal soul. Or something. There are a few things I drank last year (even including stuff from way back in the middle of the year) that I still haven’t written up at all, but I guess they can wait until next year. So it’s been a fun year, and hopefully many more to come. Enjoy your beer folks!