“That’s ‘chowdah’! Chowdah! I’ll kill you! I’ll kill all of you, especially those of you in the jury!”

The encore to Operation Cheddar III: Cheddar Harder was a trip to Boston for more beery fun, with the centerpiece being the American Craft Beer Festival, though due to my late addition to this trip, I only went to the Friday evening session (the Saturday sessions were sold out). This was no big loss to me, for reasons I’ll get into later, but I’m getting ahead of myself. After Thursday morning’s sorties on the Warren Store, Burlington, and Worthy Burger, we high tailed it to Boston (or, to be more accurate, Cambridge). First stop while we were there, was the most excellent bar, Lord Hobo: 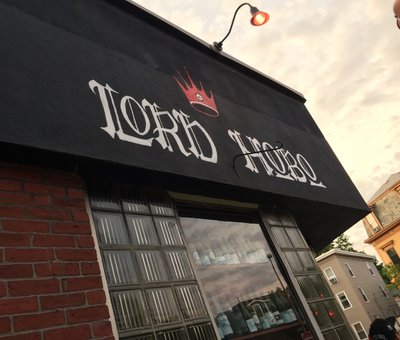 What a fantastic place. It was a little more crowded than we were used to (it turns out that the weekday crowd in Waterbury doesn’t quite compare to happy hour during the weekend in Cambridge, go figure), but what do we have here: 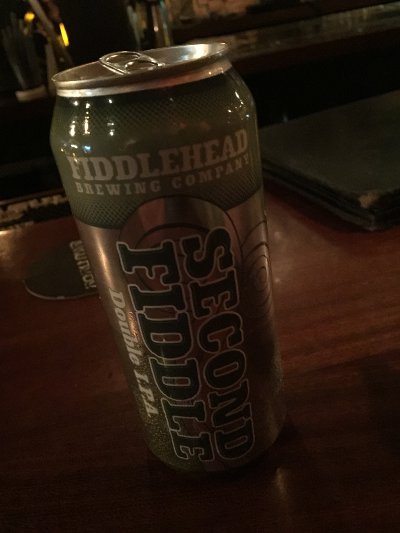 Yes, after flinging ourselves all over Vermont for a few days, we had to go to Boston to get us some Second Fiddle cans. And it was fantastic! No formal tasting notes, but it’s got a great juicy citrus thing going on, a little more dank and resinous than your Heady Topper or Hill Farmstead stuff, certainly holds its own with the greats and represents a cool alternative if you can find it (perhaps not as under-the-radar as you might think, if the folks in the bar are any indication). The other highlight of Lord Hobo was the relatively local Wormtown Be Hoppy, though I can’t really remember anything about it other than it being a really fabulous IPA. We also had a duck-based charcuterie plate (I’m not normally a pate guy, but I’ll be damned if the duck pate wasn’t delicious) and the cheese plate, one of the better dining decisions we made (remember, we loaded up on Worthy Burgers not that long before this time, so these plates were perfect). Super duper.

Friday morning, we hop on the T and head into Boston proper for a trip to Trillium Brewing, a tiny little operation that only does growler fills and bottle releases at this point. There was a short line, so we popped in and bought us some bottles: 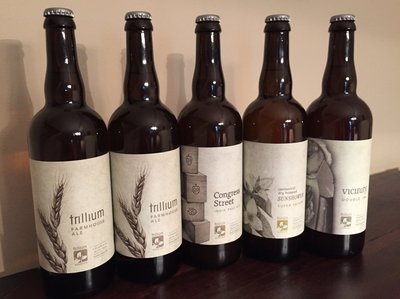 From there, we hopped over to a restaurant called Row 34, which from all appearances is an amazing seafood place with a pretty solid beer selection. It was right during the lunch rush though, so we didn’t get any food here, instead standing at some of the pillars (which had little ledges for your beer, etc…) and drinking a pre-fest beer just to get the system primed (we’re still 4-5ish hours away from the start of the fest though). 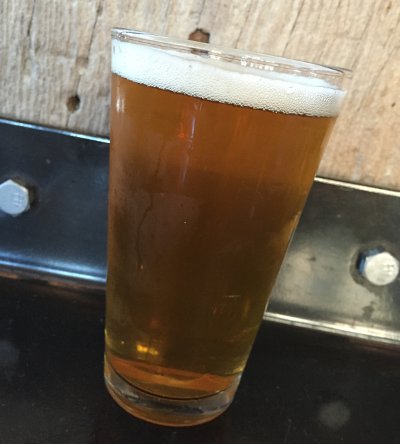 The standout on the menu, surprising to me, but I’m super glad I made the stretch, was Pivovar Kout Koutská 12° Dvanáctka, a glorious Czech pilsener that I grabbed because I recognized the name from Evan Rail’s short little book The Brewery in the Bohemian Forest (apparently a refurbished brewery in the middle of nowhere, the recipes come from a book discovered in the old brewery, or something like that). Pilseners aren’t really my jam, but this hit the spot, grainy, earthy, almost spicy hops, but still light, crisp, and refreshing on a warm day after a long walk, and I’m really glad I gave it a shot. Would be really interested in checking out some more of Kout’s brews if they ever become available over here!

From there, we had a sorta lazy afternoon, grabbed a Lobster sandwich from Alive and Kicking Lobsters (it’s not a Lobster roll, it’s a sandwich!) hit Whole Foods for some Massachusetts beer (the source of those Night Shift Morph cans in my previous post) and generally relaxed until we hopped on the train for the ACBF.

Longtime readers (all 3 of you) might recognize that I’m not much of a beer fest kinda guy given that I’ve covered approximately zero of them in the five-ish years of this blog. Large crowds, drunk people, tiny samples, and did I mention the large crowds? I’m not anti-social or anything, but I hate crowds and as a massive introvert, I just get exhausted by these types of events. Also, whatever you may think about the amount of beer I drink, I don’t generally enjoy getting smashed. I’ve been to festivals in the past, and after the first several tastes, I start to get a little woozy, but my novelty instinct is still engaged full force, so I feel like I need to keep sampling at top speed or else I’ll miss out. By the end, I have no idea what I’m tasting, not just because I’m drunk, but because I’ve been obliterating my palate. The other thing about beer festivals, at least the local ones around here, is that they tend to be comprised mostly of local breweries… most of which I’ve already had a lot of before (or could easily get anytime). It’s not that there’s nothing special being poured, but they’re few and far between, and again, after your first rush of tastes, your palate gets wonky and perceptions get weird.

That being said, the ACBF was actually great! There were lots of crowds, but the space was huge, so that wasn’t too annoying. The crowds also meant lines, especially at the more prominent breweries, but that had the benefit of keeping me going at a sustainable pace rather than rushing through everything. I ended the fest with a nice buzz on, but not shitfaced at all. And because the fest was in Boston, there were a ton of Northeast Breweries that don’t often make their way down here, and even the ones that do, don’t often send the special stuff. I didn’t really take many pictures during this leg of the trip because I’m the worst, but here are some highlights from the fest:

And there were a ton of other great beers, but those were definitely the standouts and I don’t want to sit here and list out the other 20 beers I liked (or the handful that I didn’t). Lawson’s definitely had the longest line (it moved well enough, and we were able to get through 3 times pretty easily – I heard things were considerably more difficult on Saturday), though Fiddlehead was also doing pretty well for itself (indeed, there was even a staffer who had to provide traffic control because of the location of their booth). Definitely a worthwhile pursuit that I’d do again, but I was also perfectly fine with the one session. I got pretty much everything I could have wanted and a bunch of stuff I didn’t even know I wanted (about half the highlights above were completely unexpected). I was told that the Saturday afternoon session was way more crowded and the lines were a lot longer, which I probably wouldn’t have liked. We hit up brunch at a place called Cafe Luna, and got this beautiful Lobster Eggs Benedict plate: 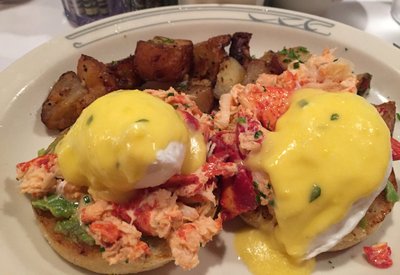 Delicious! And my friend got the Steak and Lobster BLT Benedict, which was the same thing, with added slice of steak, some bacon, and a big slice of tomato. He had trouble finishing. I was more than pleased with my “regular” dish. While my friends went to the early ACBF session, I met up with a local friend and we tooled around Boston for a while. We hit up the MIT museum (totally worth checking out for the Arthur Ganson Gestural Engineering exhibit alone), had a couple drinks at Meadhall, which has a huge taplist, but also seemingly less in the way of local stuff, and ate dinner at Regina Pizzaria in the North End (“The Original”). It’s a tiny little place, and you actually need to wait in line to get in, but we got there early enough that the line was short, so we got in pretty quickly, and hot damn, that is some fantastic pizza. Best I’ve had in a while, crispy crust, chewy interior, well proportioned sauce, cheese, and toppings, and totally worth looking up if you find yourself in Boston. (As we exited, we seemed to run into a bizarre ritual of two dudebros having a pushup contest on the street… quite amusing!)

Phew! That about covers the festivities, and what a lovely week it was! That being said, I think perhaps Operation Cheddar and Operation Chowder would do better with some time between them for recovery and emptying of trunk space, rather than crammed together like this. I was pretty worn out in the end, though I regret nothing! Time will tell if we go through this again next year. Right now, it’s a distinct possibility! And believe it or not, I may end up in Vermont again sooner rather than later, stay tuned! In the meantime, there will be a crapton of reviews headed your way…