I’ve pretty much run out of things to talk about when it comes to Three Floyds. They’re really good, especially at hoppy beers. If you’re ever in their distribution zone (i.e. Illinois, Indiana, etc…), be sure to check out their stuff. This one is a pale wheat ale made with Amarillo hops, named in honor of a comic book character called Gumballhead the Cat. I have not read any of these, but there’s one called “The Mystery Treasure Of The San Miguel Apartments”, which is music to my earballs. Let’s see how the beer itself stacks up: 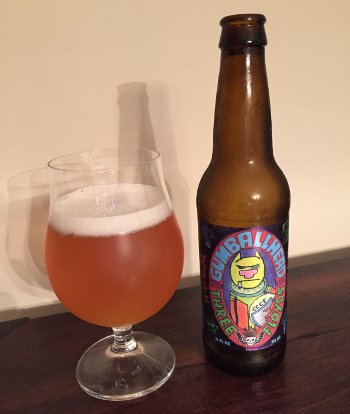 Three Floyds Gumballhead – Pours a pale golden color with a finger of dense white head that has good retention and leaves a little lacing as I drink. Smells of citrus hops that also feint towards floral or even herbal notes. Taste has maybe some faint hints of wheat, but is otherwise mostly defined by that floral, citrusy hop character. Mouthfeel is very light, crisp, and refreshing, a little on the thin side, but well carbonated and leaning a bit towards dry (though it’s not bone dry). Overall, a rock solid pale ale (or pale wheat ale or whatever)… B+

I’m willing to bet this would be even better when its super fresh. I’ve just had something of a glut of big IPAs to get through of late. I know, woe is me. Fortunately, that glut is dying down, so hopefully I can start to hit up some other stuff in the near future, including some non-hoppy Three Floyds stuff that I’m rather looking forward to…