Made with real Dog™, just like Red Tick Beer: 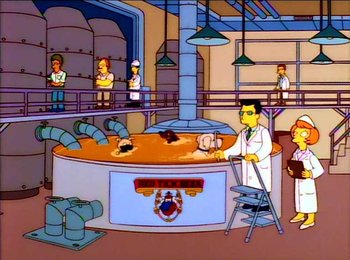 Or not. But then again, things do get weird up in New Hampshire and they have to do something to keep up with their neighbors in Vermont. You never know.

In all seriousness, this is Smuttynose’s take on that under-appreciated style, the Old Ale. Smuttynose has long had a straightforward brown ale they put out in honor of their mascot, which is naturally a brown dog. Upon the passing of said brown dog, they amped up the recipe to make Really Old Brown Dog. So it’s an old ale made from a base of brown ale. Sound good? Let’s give it a shot: 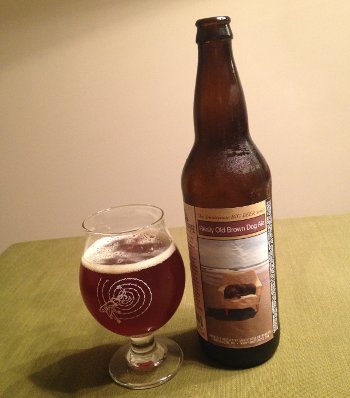 Smuttynose Really Old Brown Dog Ale – Pours a clear, light but deep brown color with amber highlights and a finger or so of white head. Big malt character in the nose, lots of dark fruit aromas, some toasted notes. Taste goes a similar route, dominated by malts, maybe some lighter crystal malt with enough darker malts (presumably that brown malt) to impart a light toasted character. Nice fruity malt flavors make an appearance as well, though not quite as powerfully as I’d expect. Mouthfeel is well carbonated, medium bodied, not quite as rich or heavy as you’d expect, though it makes overtures in that direction. It’s drinking pretty good right now, but perhaps with some age on it, it would deepen and intensify. Surprisingly little in the way of booze, which is a neat trick considering the 10.4% ABV. Overall, a damn fine beer. B+

Last year, I sent a bottle of this stuff over to Jay, and he seemed to really enjoy it. Me, I’d be really curious to see what age does to this, a topic I should really revisit sometime soon. Hey, maybe tomorrow. Stay tuned.