One of the laziest things a brewer can do is make a blonde style beer (ok, not that part, that is kinda interesting as it’s an underappreciated style) and then slap a label on it that features a (usually tastelessly buxom) blonde woman. It’s been done a billion times before and even if it was the first time anyone had done it, it’s still on the nose and not very clever (and that’s before we get into how classy the artwork is). And yet… this beer manages to swing it. First, the design is great, a well composed silhouette in black. So how do we know it’s a blonde? Well, Realerevival (a sorta play on Real Ale Revival, abbreviated RAR) is located in Maryland and if you remove the “d” you get Marylan, which sounds like Marilyn and I knew that face looked familiar! Gentlemen prefer blondes. It’s on the borderline, but I’ll allow it. What? Because my opinion matters, that’s why? No? Well, you’re right, so let’s just fire up WinRAR to compress some files, shall we? 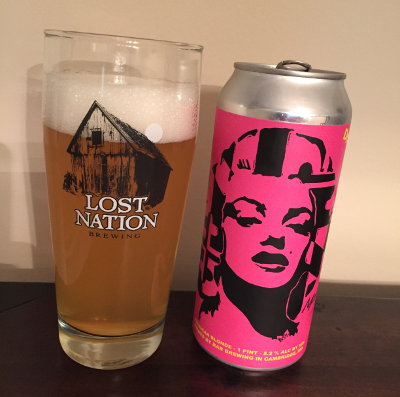 Many thanks to fellow beer nerd Gary for throwing a can my way. Am now much more curious to try me some more RAR beers…