Another swanky packaging option for those brewers looking to trick me into buying their beer is the waxed bottle cap. Just cannot resist. It helps that they’re usually great beers, a correlation that will no doubt lead me to disaster someday. In the meantime, I’ll have to settle for shelfwalez like this oak-aged imperial porter brewed with chocolate. This beer is made using the cut-rate method of bourbon soaked oak chunks or something like that, but it turned out pretty damn well to me: 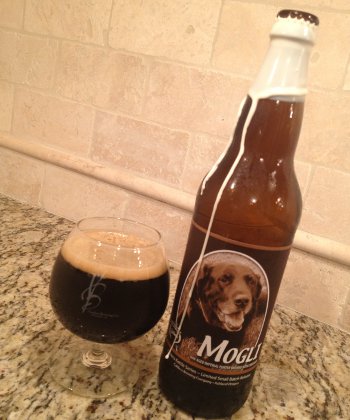 Caldera Mogli – Pours a very dark brown color with a finger of tan head, minor lacing as I drink. Smells fantastic, bourbon, oak, chocolate, caramel, a hint of roast, and loads of vanilla. Taste starts with some rich chocolate and caramel, a little roast peeking through, followed by some hop bitterness. As it warms up, those hops come out a little more, perhaps even some piney resin entering the playing field. Chocolate seems to be the big star here, but it’s all well integrated. Mouthfeel is smooth, rich, sugary, full bodied but at 8.5% it’s not a monster at all (actually very approachable). Not dry, per say, but better attenuated that a lot of stouts. Normally I find that higher attenuated beers can’t stand up to the bourbon/oak combo, but this one works very well. Overall, this is wonderfully complex stuff. A-

There’s supposedly a variation of this beer packaged with black wax that had a lot more chocolate and was even better, which sounds pretty awesome (but also apparently quite limited). This beer is no slouch, so I’d keep an eye out for both if you’re the type who likes their stouts chocolaty.